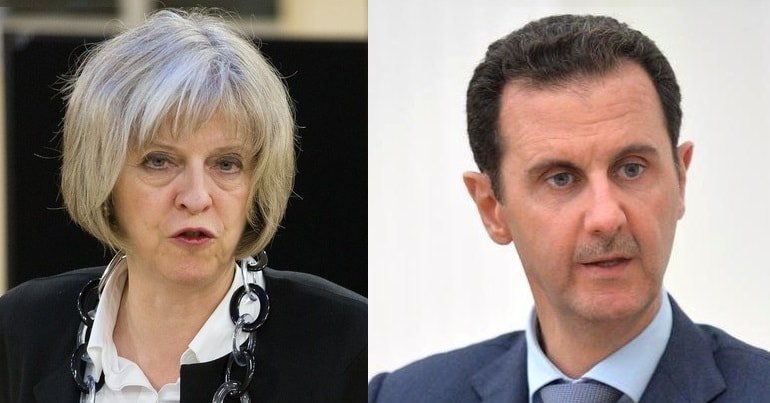 Theresa May has suggested that Syria’s Bashar al-Assad is probably behind the alleged chemical attack in Douma. And the majority of the corporate media seems to be toeing the Conservative government line.

Meanwhile, Jeremy Corbyn is waiting until the attack is investigated before jumping to conclusions. And there is evidence suggesting that exercising caution before blaming a foreign state may be a good idea.

Saudi-backed opposition group Jaish al-Islam (or ‘Army of Islam’) controlled the city until a deal announced on 8 April.

In Aleppo in April 2016, Jaish al-Islam was the main group involved in fighting against Kurdish-led forces. At the time, Kurdish health officials reported that troops were experiencing symptoms consistent with exposure to chlorine gases. And Jaish al-Islam later released a statement saying:

But it is not just chlorine gases that may be in the hands of rebel groups. In 2013, a UN commission into human rights abuses in Syria suspected that anti-Assad groups had used nerve agent sarin.

Commentators have suggested the chemical weapon used in the recent attack could be sarin or chlorine gas.

As Sky News has reported:

An offensive that began in February has seen the Syrian government recapture nearly all of eastern Ghouta from rebels, leaving just Douma in the hands of insurgent group Jaish al Islam.

Jaish al-Islam is now evacuating Douma after reaching a deal with Russia. The Assad regime is about to reclaim the last of eastern Ghouta. This has led critics, such as former UK ambassador to Syria Peter Ford, to question why Assad would bring international condemnation on himself right before victory.

3) The sources are linked to the anti-Assad opposition

The Western media’s sources are opposed to the Syrian government. The White Helmets medical group has informed a lot of the media’s coverage on the chemical attack. But the group is also linked to the opposition in war-torn Syria.

Meanwhile, former US secretary of state John Kerry once suggested that Jaish al-Islam was a ‘subgroup’ of Daesh (Isis/Isil). Other US officials spoke against Kerry’s assertion.

Given reports from Amnesty International, however, Jaish al-Islam does not seem to be a ‘moderate’ group:

non-state armed groups, particularly the Army of Islam, are guilty of an array of abuses including abductions, arbitrary detentions and indiscriminate shelling. Their use of imprecise weapons such as mortars and Grad rockets in populated areas amounts to war crimes.

It’s unclear what motive Assad would have for using chemical weapons at this stage. But that doesn’t mean the Syrian government didn’t do it. The point is that we don’t know.

Again, it looks like Corbyn is correct to hold off before jumping to conclusions.