While police struggle in London, here’s how many officers are tackling women protesting fracking in Lancashire - The Canary 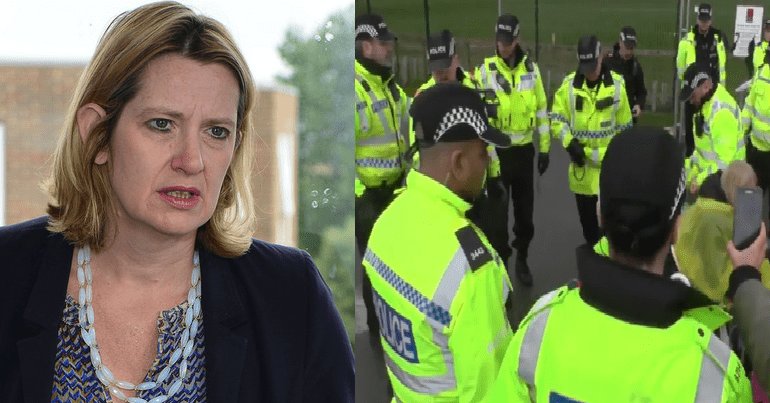 Leaked Home Office documents say Conservative cuts to the police force have “likely contributed” to a rise in violent crime. But while police struggle in London, dozens of officers have been tackling a knitting circle of anti-fracking campaigners in Lancashire.

Shut down the grannies

One protester said that there were about fifty police surrounding the mostly older women:

While police struggling in London, here's how many are tackling anti-fracking grannies in Lancashire pic.twitter.com/7Mg3JHZnBm

The oil and gas company has recently finished drilling the UK’s first horizontal shale gas well. Cuadrilla was held up after “probably” causing two minor earthquakes in the community in 2011. The company hopes to begin fracking later in the year.

In London particularly, there has been an upsurge in violent crime. To the astonishment of many, home secretary Amber Rudd blamed social media for the surge. Then, when challenged on the leaked report on BBC Radio 4, Rudd claimed that she “hadn’t seen” the document linking police cuts to the rise.

Austerity has hit the police force hard. Since 2010, the Conservatives have cut the number of police by around 21,000. In 2015, then-home secretary Theresa May accused the Police Federation of “crying wolf” over its concern about the impact of police cuts. But a report from Her Majesty’s Inspectorate of Constabulary (HMIC) joins the critics suggesting otherwise. According to the report, the Conservative government’s austerity programme has left policing in England and Wales in a “potentially perilous state”.

Meanwhile, we have around 50 police officers tackling a knitting circle of older women on behalf of an oil company’s profits. That’s an impressive distribution of resources from the Conservative government.

– Get rid of fracking with Frack Off