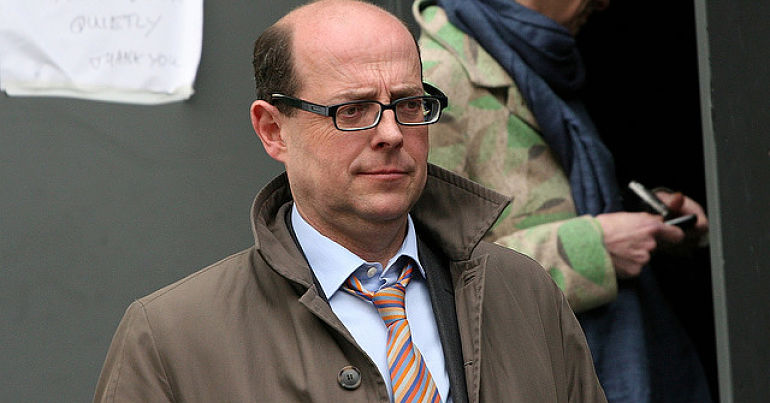 Nick Robinson recently launched a defence of the BBC‘s impartiality. But people on Twitter have poured scorn on Robinson’s claims.

The Today programme presenter and former political editor of the BBC wrote a piece in the New Statesman on 6 April. In it, he responded to accusations from Labour peer Andrew Adonis that the broadcaster exhibits a pro-Brexit bias.

Robinson argued that BBC rules make it clear “we have to deliver due impartiality”. He warned that those criticising the BBC should “be careful what you wish for”. Because he said that attacking the BBC could see the country ending up with “a British Fox News“:

‘Do not adjust your set. Normal service from the BBC means you will hear people you don’t agree with saying things you don’t like. That’s our job.’ My message to Remainers & Leavers who attack the BBC
See article in @NewStatesman https://t.co/jfi1e7diWB

But people on Twitter were quick to highlight Robinson’s Conservative Party roots:

Some also mentioned the history of his colleagues:

But such Conservative connections to the BBC don’t have to be a problem, as long as the BBC offers “the best obtainable version of the truth”, which Robinson says it must. However, Robinson’s behaviour and that of other BBC figures suggest it’s not living up to that.

Take Robinson’s tweet in the wake of the Cambridge Analytica scandal:

Big Brexit story this week is not Cambridge Analytica. It is Labour hardening up its position as @Keir_Starmer says “Article 50 was triggered a year ago. I don’t think there is any realistic prospect of it being revoked. Therefore we will be leaving the EU in March 2019.”

Wrong. The Cambridge Analytica story is the UK's Watergate and you're trying to cover it up – that means you're colluding with the Government to deceive the public. Shame on you.

People have also previously highlighted the BBC‘s reporting of the poisoning of Sergei Skirpal as evidence that it’s not fulfilling its own remit:

BBC editing a Boris Johnson video from him lying to suddenly not lying is pretty extreme though, you've got to admit that's a tad dodgy.

And let’s not forget that BBC Newsnight recently emblazoned its studio with a Russian-style Jeremy Corbyn after he called for evidence to support claims that Russia was behind the Skirpal attack:

The BBC actually photoshopped Jeremy Corbyn's hat to make it look more Russian for this smear on Newsnight.

Let that sink in.

The BBC is being used as an anti- #Labour propaganda machine. pic.twitter.com/IFrmhy2wCk

All voices must be heard

When the BBC gives more air time to one side of a debate, it risks giving “false equivalence” to certain views. And on Brexit, some are concerned that particular voices are being heard all too often:

@mikegalsworthy Thing is Nick, it's not that we're hearing things we disagree with, it's that we're not hearing what more than half the country agrees with, namely that Brexit is bad for Britain, by our government's assessment.

There's no voice at the BBC calling for #FinalSay

Nigel Farage, for example, who has never been elected as an MP, holds the record for appearances on Question Time:

Question Time is the BBC‘s flagship debate show. And the broadcaster has clearly given some Hard Brexit voices tons of air time on it.

This is a critical time for the UK. Because the hard Brexit that many on the right are calling for is predicted to damage the UK economy. Others are offering alternatives though. Labour, for example, has argued for a treaty that would “do the work of the customs union”.

We need the BBC to deliver “the best obtainable version of the truth” now more than ever. It needs to hold the government to account and report fairly on Brexit and other issues.

A balanced debate which presents all the evidence is all people are asking for. That’s not too much to ask.