People's reactions to Murdoch being raided are absolutely priceless - The Canary 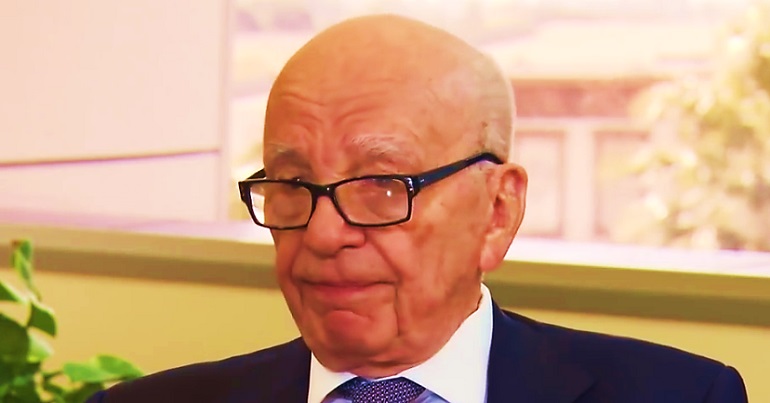 You may wish to quickly take some lessons on how to play the world’s smallest violin. Because on Tuesday 10 April, Rupert Murdoch’s offices in London were raided by the European Commission. And people’s reactions on Twitter were priceless.

As BBC News reported, officials from the Commission bust into the offices of the media mogul’s Fox Network, seizing documents to do with sports rights. The Beeb said:

Sports broadcasting has become a huge business in Europe and the US, with networks spending billions of pounds to secure exclusive rights to show games in top-flight leagues to attract viewers.

A statement from the Commission confirmed the raid, plus others, saying:

Unannounced inspections are a preliminary step into suspected anticompetitive practices. The fact that the Commission carries out such inspections does not mean that the companies are guilty of anti-competitive behaviour nor does it prejudge the outcome of the investigation itself.

As RT noted, the raid could be another headache Murdoch doesn’t need:

[It] comes at an already tense time for Murdoch, who is currently in talks with the UK Competition and Markets Authority (CMA) over their concerns that his recent bid to take over Sky, along with his control over Fox and News Corp, as well as owing the Sun and the Times will give him too much influence in the British media.

But if the Commission’s raid does give Murdoch a headache, very few people on social media seemed willing to drop him a couple of paracetamol to relieve the symptoms.

An outpouring of grief… Ahem…

If only there was some way of knowing why the Murdoch papers have always been so pro-Brexit. https://t.co/NRkXA2xQbe

Prominent campaigner Rachael Swindon seemed to have sarcastic overtones with her response to the news:

Rupert Murdoch's London offices just got raided by investigators for the European Commission with documents and computers being seized, you'll be truly disappointed to hear.

Others, meanwhile, saw implications for Theresa May and the Conservative government:

And this user had a simple message for the media mogul:

In your face, Murdoch! ✊🇪🇺https://t.co/AdnOHwpmM7

Sadly, there’s always one person who spoils the party:

Murdoch: surely he doesn’t have form, does he???

Details of the raid are so far unclear. But globally, this is not the first time a Murdoch company has been involved in a sports-related scandal. In November 2017, during a trial relating to bribery allegations involving FIFA, a witness claimed that Fox Sports was involved. As the Guardian reported, Murdoch’s broadcaster was accused of giving bribes to South American FIFA officials in order to get the broadcasting rights to certain matches. Fox Sport denied the allegations.

The Commission will reportedly be sifting through Fox‘s office until Thursday. Let’s hope that the paper shredders and recycle bins at Fox haven’t been too busy. As the last time Murdoch was involved in a major scandal, his staff allegedly “destroyed millions of emails and hundreds of computer hard drives”. Move along. Nothing to see here, guvnor.