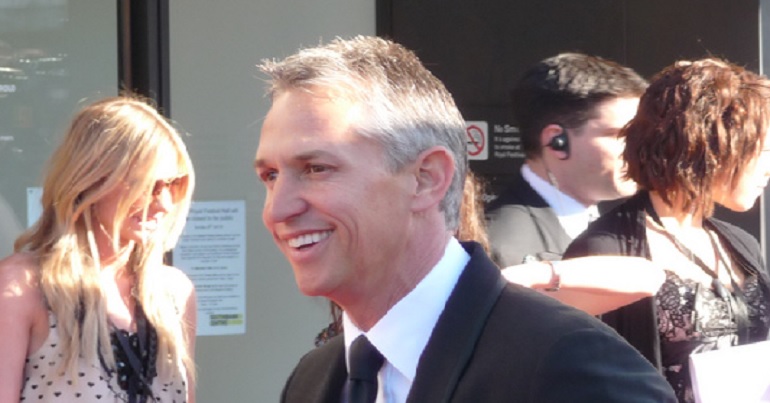 Footballing legend and BBC presenter Gary Lineker caused quite a stir on Twitter on Tuesday 10 April, with a series of tweets supporting some radical political thinking that goes against the Conservative government’s line.

Lineker waded into the current debate about youth violence in London. He was responding to a tweet by Tottenham MP David Lammy. Amid politicians’ calls for tougher laws surrounding weapons and increased funding for youth services, Lineker pointed out something else which may help the situation: drug law reform.

Controversial, no doubt, but never understood the drug laws. Just get on with decriminalisation. Prohibition doesn’t work, just creates much worse crime. Other countries like Portugal are leading the way and results are impressive. https://t.co/KJutpuTG6L

Lineker then followed up this point:

It’s high time we decriminalised drugs. Help those with problems rather than make them criminals. Give tax revenue to NHS. Tickety-boo.

Someone pointed out he may not have meant “decriminalisation”:

Decriminalisation won’t produce tax revenue. Only legalisation will do that. Important distinction.

So Lineker clarified what he meant:

Alright, alright, pedant. Perhaps I chose the wrong word. You know what I meant though. https://t.co/0Xs4tcH2Jw

As VICE recently pointed out, there is no hard-and-fast evidence that the “drug economy” is to blame for London’s violence rates. But it did note that:

Many – but by no means all – of those involved in these killings, both victims and perpetrators, are street hustlers who will have made money from selling drugs on the street.

So the former footballer’s thoughts should at least prompt some debate in relation to violence in London and across the UK more broadly.

Regarding Lineker’s other point, that decriminalisation or legalisation would support people with addiction or misuse issues, the government insists that its “approach” to drugs is working. But the statistics surrounding recreational drugs tell a different story.

Aside from overall drug-related deaths in England and Wales rising by 65.7%, and heroin-related deaths by 107%, between 2012 and 2015, further statistics seem to contradict the government’s ‘success’. Almost a third of all drug overdoses in Europe happened in the UK. Additionally, Britain has the highest proportion of heroin addicts in the EU – eight in every 1,000 people. Also, the overall UK drug mortality rate for 2016 was three times the EU average, at 60.3 deaths per million people.

The Canary spoke to Avinash Tharoor, who is a policy and communications officer at Release, the UK’s “centre of expertise” on drugs and drug laws. He said:

Gary Lineker is right: prohibition does not work – it fuels crime and increases the risks of drug use. The decriminalisation of drug possession would go a long way in reducing the harms that prohibition has caused.

Decriminalisation reduces the stigma around drug use, and removes the fear of prosecution for people who use drugs; thereby encouraging people who want help to seek it.

We’re glad that Gary pointed out that Portugal has led the way on the international stage. Portugal, which decriminalised personal drug possession in 2001, saw a significant decrease in drug-related harms following their policy change – including sharp drops in overdose and HIV transmission among people who use drugs. In contrast, the UK’s rate of drug overdose deaths is more than ten times higher than that of Portugal. We currently have the highest rate of annual drug-related deaths on record, yet we continue to needlessly criminalise tens of thousands of people for drug possession offences every year.

As our international research shows, the decriminalisation of drug possession produces positive social, health, and economic outcomes for all of society.

Portugal’s reform of drug laws, coupled with a cultural shift, appears to have worked in reducing harm from substance abuse. Norway is also set to follow Portugal’s lead. But the UK government continues to be against any major changes to the law.

Drug reform needs to be explored in relation to why young people are engaging in violence, although there also needs to be a debate about poverty, inequality, cuts to youth services, and the errors of capitalism. But Lineker’s points definitely hold weight regarding stemming the tide of the UK’s drug crisis. So his intervention is a welcome one.

– If you are having a medical emergency, call 999.