The BBC has been accused of bias, this time over the local elections - Canary 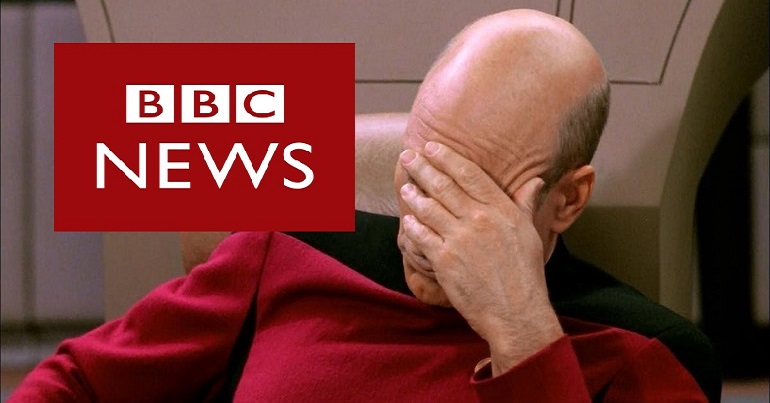 The BBC is under fire again, this time for its coverage of the upcoming local elections. Because in a piece on its website with more than 1,500 words, it failed to mention the Green Party once. But it managed to cover UKIP and even the BNP.

As Left Foot Forward spotted, the BBC published an article on Sunday 8 April (updated on 9 April) about the local elections. It was a round-up of the major political parties, their chances of success, and where elections were happening. But the original piece failed to even mention the Green Party, which is fielding 2,200 candidates on 3 May.

The BBC has a duty to be impartial. Yet time and again its election coverage is minimal for @TheGreenParty – or manages to bypass alltogether as in this piece where @BBCNews discusses C, L, LD, UKIP and even the BNP defending one seat, but not the Greens https://t.co/NGNprc1CF5

#BBC's English local election roundup with coverage of UKIP and BNP but no mention of Greens despite Greens submitting gigantic pool of candidates (around 2400 candidates I believe, half of max possible no of submissions). Pure, distilled #BBCBias https://t.co/Jij92bSLFn

UKIP and even the sole BNP candidate mentioned, but NOT a single mention of the Greens.

As Left Foot Forward noted, the BBC not mentioning the Green Party:

was even more apparent given that the article discussed UKIP – contesting around 500 seats – and even the BNP… in some depth.

Not that this is out of the ordinary.

A history of bias

In February, former UKIP leader Nigel Farage made a record-breaking 32nd appearance on BBC Question Time. Analysis by HuffPost UK showed that, since 2010, UKIP had someone on 24% of Question Time episodes, compared to the Greens’ 7%.

Meanwhile, back in 2014, the BBC received nearly 1,200 complaints that its coverage of the European and local elections that year was biased towards UKIP. In 2016, the BBC came under fire again for not showing any Green Party political broadcasts in the run-up to the EU referendum, but broadcasting UKIP’s.

Back in the present day, and after Left Foot Forward‘s article, the BBC updated its own to include the following:

The Green Party says it is contesting 2,200 seats this time, more than half of the total. These include defending seats in Norwich and Solihull, where it is the official opposition party.

But this wasn’t good enough for some:

It has now been updated to add just one line about greens standing in 2200 seats. https://t.co/K334KObFjE

We have covered The Green Party and its campaign launch for the English local elections… across our output.

The BBC is obliged to treat all political parties… with due impartiality.

Only this week, Ofcom said the BBC had breached accuracy guidelines on its Radio 4 Today programme. Couple that with repeated accusations over Newsnight‘s bias, a campaign to boycott it, and now this.

Our public service broadcaster used to be the envy of many countries. Now, it’s looking increasingly like a bad joke.