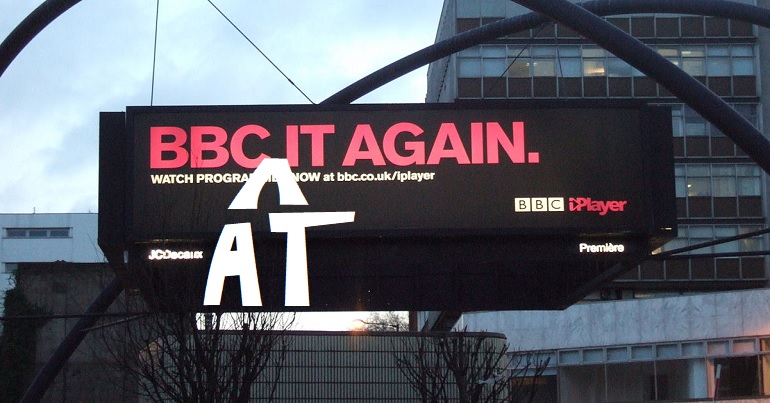 Communications regulator Ofcom has just found the BBC guilty of breaching its accuracy rules. But the case, involving a Conservative peer, is not the first time this has happened. So the regulator has also slammed the BBC for allowing it to happen again.

‘Inaccurate and not impartial’

On 10 August 2017, BBC Radio 4‘s Today programme broadcast an interview with Lord Lawson, hosted by Justin Webb. The discussion was about climate change, in response to an earlier interview with Al Gore over his film An Inconvenient Sequel: Truth to Power. Lawson is known to be a man-made climate change denier.

At the time, the interview with Lawson caused uproar, not least because some claims he made about climate change were demonstrably untrue. Two official complaints were made [pdf, p12] to Ofcom because the complainants were not satisfied with the BBC‘s response. So Ofcom investigated, and found the BBC had breached rule 5.1 of its code, that “news, in whatever form, must be reported with due accuracy and presented with due impartiality”. It was critical in its judgement on the BBC.

The BBC has form

The BBC had previously investigated itself over another appearance by Lawson on the Today programme in 2014. Listeners made similar complaints then about his views and the programme’s failure to challenge them. Complainants said the programme was “misleading” and gave “undue weight” to Lawson compared to the scientist he was debating. The BBC admitted that:

Opinion and evidence should not be treated as if they were on the same footing.

But it defended having Lawson on, saying:

That does not mean scientific research should not be properly scrutinised through scientific debate. Nor does it mean that sceptical views should be excluded from BBC programmes. Inviting Lord Lawson (who chairs a climate policy campaign group) to appear on the Today programme was entirely consistent with that position

This first incident was, according to Ofcom [pdf, p21] , a “key factor” in its decision to investigate the BBC over the 10 August 2017 programme.

The regulator said [pdf, p21] it had concerns about Lawson’s views on climate change science aired on 10 August. As PressGazette reported:

Lord Lawson… claimed ‘all the experts say there hasn’t been’ an increase in extreme weather events.

He also said that according to official figures ‘during this past ten years… average world temperature has slightly declined’.

Ofcom denounced Lawson’s views and the BBC‘s handling of them. It said:

But Ofcom’s [pdf, p21] “most significant concern” was that the BBC had been in this position before, yet allowed Lawson’s views to go unchallenged again. It said the BBC could have [pdf, p22] “reasonably anticipated” that Lawson would have made the same, inaccurate arguments about climate change again. Therefore, the BBC should have been prepared to challenge his views. But it didn’t, and Ofcom said [pdf, p22]:

The BBC’s failure to do this led to significant inaccuracies being broadcast in the interview… Critically, these inaccuracies were allowed to stand without challenge or clarification during that broadcast.

Ofcom also investigated whether the Today programme has breached rule 5.2. This rule states that “significant mistakes in news should normally be acknowledged and corrected on air quickly” and “appropriately scheduled”. It found that, in this case, the BBC had not breached the rules. You can read its judgement on this here [pdf, p22-23] and the BBC‘s correction here.

Biased or not fit for purpose?

Essentially, the BBC presented a climate change sceptic’s views without properly questioning them; even though these views are contrary to most scientific evidence. What makes matters worse is that the broadcaster did the same thing before, with the same person, yet failed to learn from this. So the BBC appears to be either allowing “minority” right-wing views onto its platform without sufficient challenge, or its editorial processes are not fit for purpose.

Make up your own mind which it is.