An artist is taking a radical approach to challenging homelessness - Canary 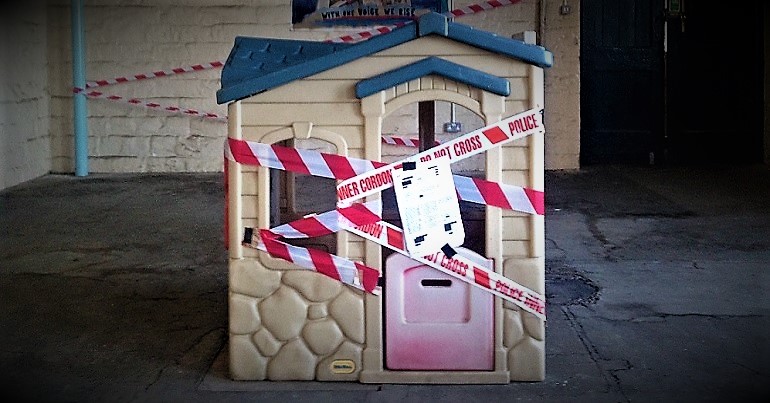 An artist, formerly homeless himself, is using his repertoire to try and change the world of housing professionals. Sound radical? It is, much like everything this man does.

David Tovey is a photographer, painter, installation artist, and performance-maker. He’s exhibited in locations such as the ATSA Festival Montreal, Somerset House, Tate Modern, and Tate Liverpool. He’s also the founder of the UK’s first One Festival of Homeless Arts. But now, Tovey is working directly with the housing professionals of tomorrow, to try and affect change with homelessness now. And he’s doing it using his art. So The Canary caught up with Tovey to talk about his increasingly eclectic work, how the arts and homelessness intersect, and a fairy tale that’s about to begin.

The Art of Homelessness exhibition launched on Friday 19 October at exhibition and leisure space Salts Mill in Saltaire, West Yorkshire. It’s part of the housing graduate training scheme the GEM programme. This is a 12-month intensive-learning programme run by the Centre for Partnership, part of the Incommunities Group. It results in the graduate getting a Charted Institute for Housing level four qualification. Since 2009, 233 GEM graduates have got jobs, mainly in housing.

The graduates have been exploring homelessness in the UK as part of their journey on the GEM programme. Some of this work will also be included in The Art of Homelessness on the Friday. But Tovey’s work will also be open to the public on Saturday 20 and Sunday 21 October between 10am and 5:30pm.

Tovey’s exhibition has the goal of shifting the GEM graduates thinking on homelessness. It aims to give them insights and experience now; ones they can take with them in their housing careers. But Tovey told The Canary it’s also deeper than this:

I also think they should be compulsory for anyone going into the housing sector. The programme introduces and teaches about the sector and it also challenges the sector to do more; to look at homelessness as a societal problem, not a personal problem.

Last year, one GEM got their housing association to sign up to the Military Covenant and also the Veterans Nomination Scheme run by Stoll. Another GEM who is based in Canada has set up ‘Leftovers’, which is a charity that collects restaurant food and redistributes it to homeless shelters.

Some of the GEM graduates’ work this year includes:

Tovey told The Canary it’s work like this which, if it happened on a national level, could really bring in change:

Imagine if every person going into the housing sector did the same. Surely that would have a massive ripple effect across the sector? It would ultimately start to make changes for the better. But the main reason for me is that these GEMs get to learn about homelessness from people who have actually been there. They can then see that we’re just normal folk. So they have a better understanding of how they can help on a personal note and also in their jobs.

It’s this forthright desire for change which drives Tovey’s work. A previous exhibition, My Solitude, used photography to chart all manner of his and others’ experiences: mental health issues, addiction, terminal illness, homelessness, and suicide. Man on a Bench used performance art, storytelling and fashion to discuss homelessness.

And The Art of Homelessness exhibition is no different. It includes Tovey’s work A Soldier’s Story: 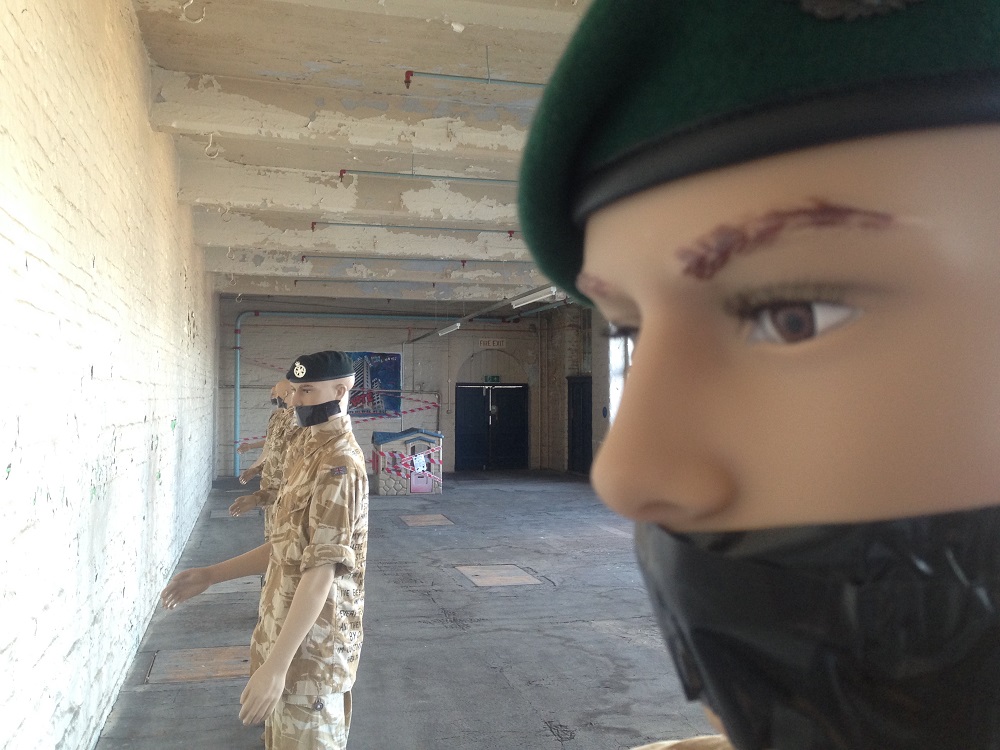 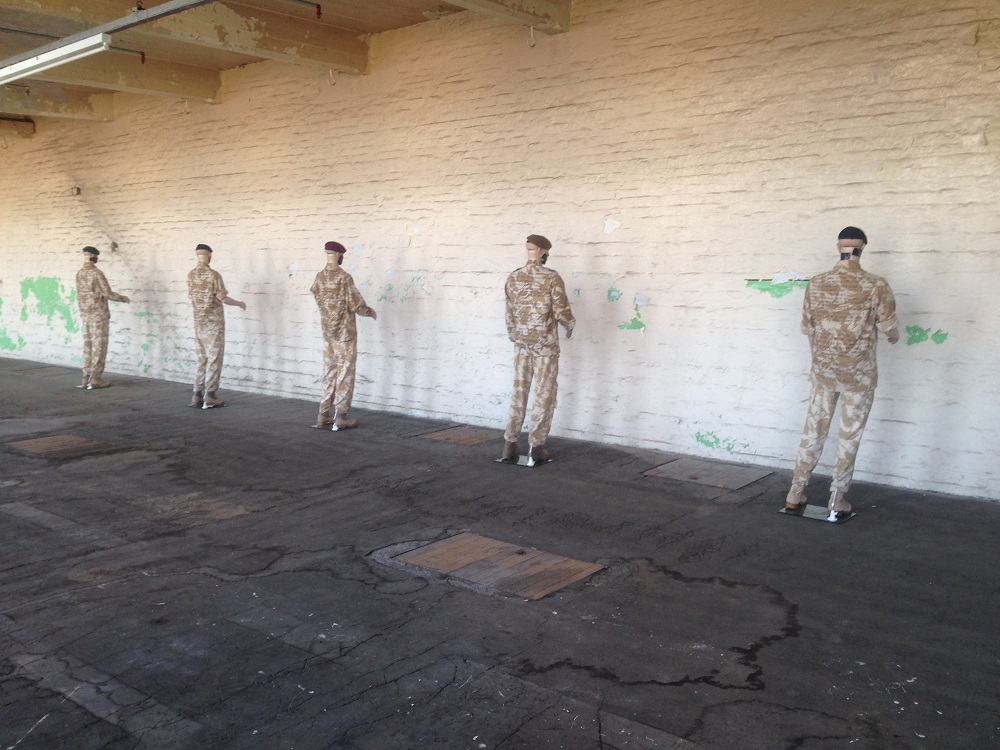 Also in the exhibition is his work Shelter: 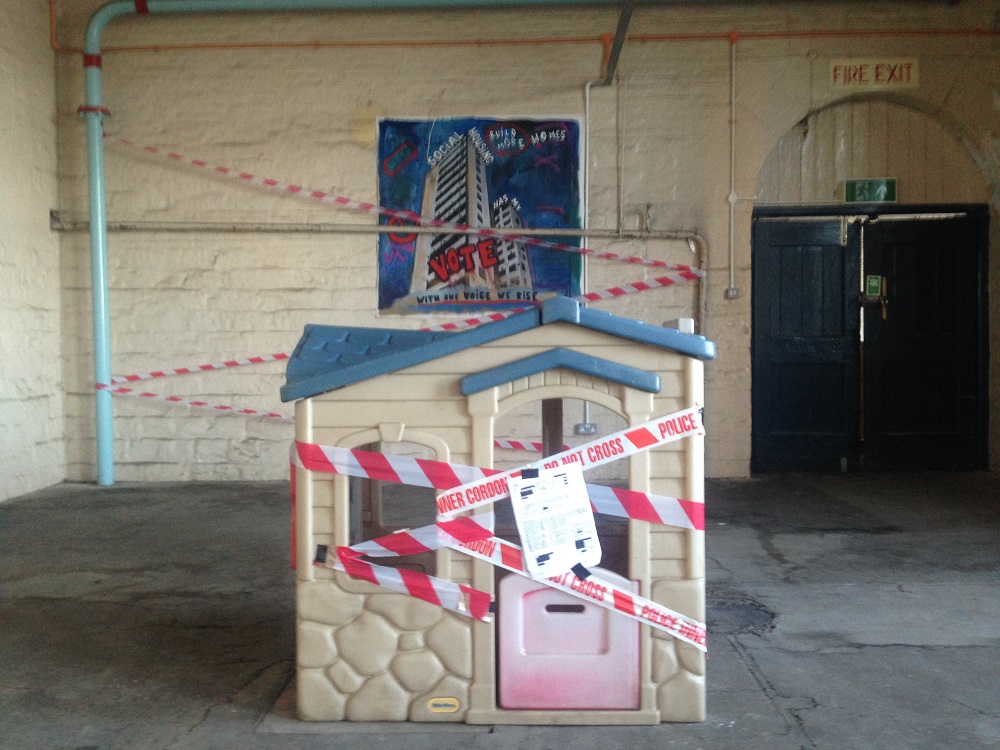 These feature alongside Tovey’s portrait work, Faces of the Abused: 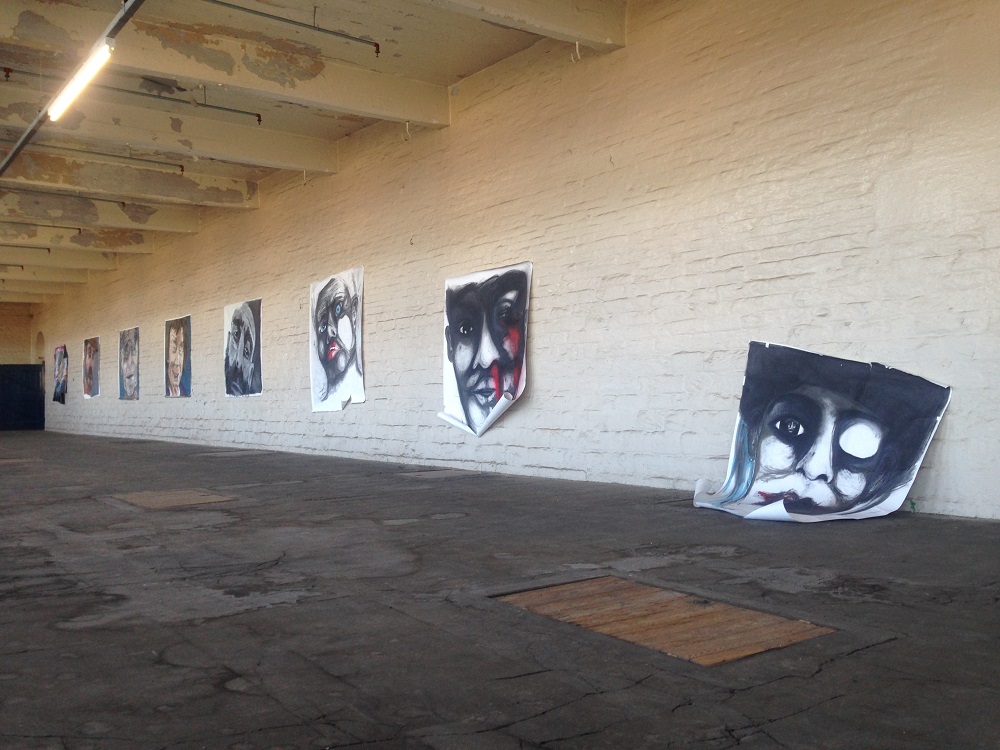 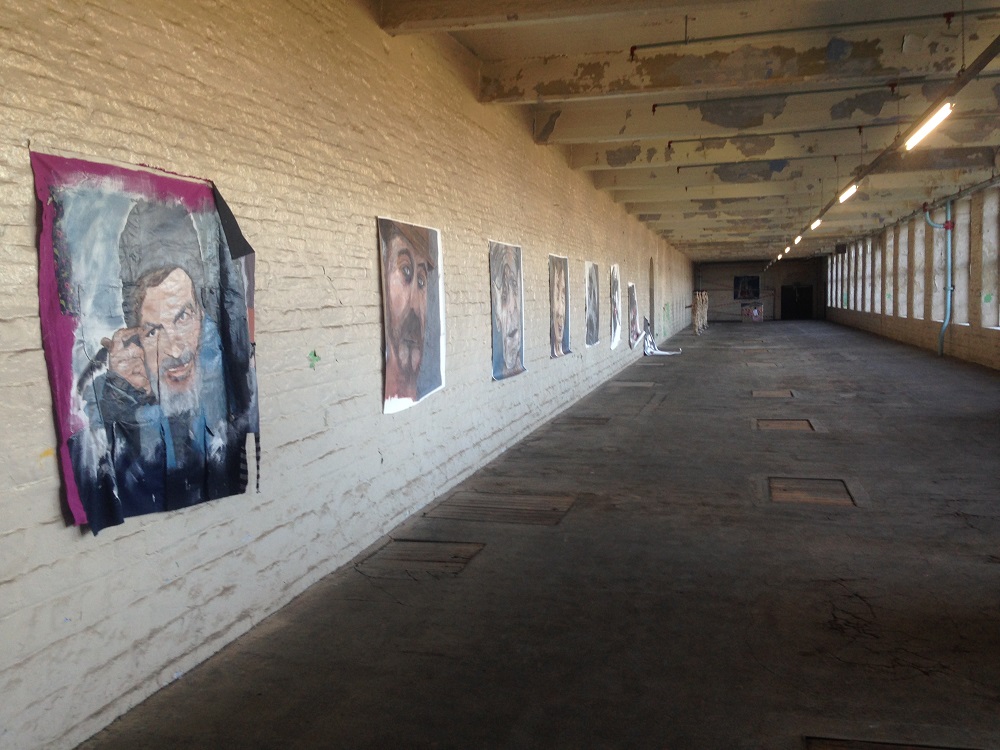 But what The Art of Homelessness also shows is Tovey’s eclectic nature as an artist. His Man on a Bench work, for example, has now been turned into an opera. This ability to diversify and span numerous mediums appears to be becoming more prevalent in Tovey’s work; something he recognises. He told The Canary:

My personal life has always been very eclectic, because I like so many art forms and mediums. I like to be able to tell stories in my work. Depending on what the stories are, I then decide what medium suits best. If I’m talking about the thoughts in my head, then I tend to use photography. But if I’m trying to raise awareness of a social issue which is pissing me off I tend to use fashion and drama. They’re great mediums because they’re so loud and colourful that you can really talk about anything.

This next show has morphed into an operatic piece. It will talk about someone’s last night on the streets before he takes his own life. I also use the artwork as a therapy because every day I struggle. My mind has been so affected by my past that I have severe illness to deal with every day. The artwork is like one of my medications.

Tovey’s story is indeed remarkable. Having been homeless, living with addiction and mental health issues, he told his friends and family about this via an article in the Independent. And his career as an artist took off from there.

It’s this deeply personal element of his art which will be crucial for the GEM graduates to understand, and then influence their professional thinking. As the ‘Museum of Homelessness’ recently did with art and storytelling, The Art of Homelessness aims to alter people’s mindsets about the issue.

Tovey has broad hopes for the exhibition and what it may achieve:

The GEMs have the power to do this. I don’t. But I can raise the issues with my artwork. If they go away from the show and are able to change two people’s minds about homelessness then that will help. Because those two will go and change another two people’s minds, and so on…

What more could you want?

Having met Tovey in real life, this writer can confirm that he is inspirational – as an artist and as a man. His story, of overcoming struggle to fight to build a better society through art, is one of the more extraordinary of recent times. But Tovey, despite fast becoming a renowned force in his field, is as humble as they come. He told The Canary:

Do I feel like I’ve progressed personally? No, I’m still David. I’m still struggling; still living with terminal illnesses; I’m still a non-drinking alcoholic. The ex-homeless artist. But I have an amazing group of friends and family who are supporting me.

I’m not sure if that makes any sense, but it’s just how I feel. Because I’m happy with my personal life and I’m happy with my work. I suppose I’m content. I’ve got a cat, Boris (not Johnson), and I have my beautiful social rent flat. What more could I want?

But Tovey is acutely aware that this is not the same for thousands and thousands of others. Hence why The Art of Homelessness, as with all his work, is so important.

– Find out more about The Art of Homelessness exhibition and the GEM programme.