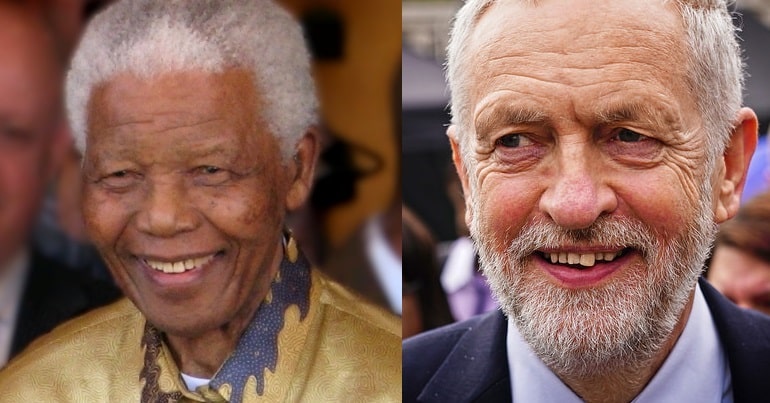 One of Nelson Mandela’s grandsons has endorsed Jeremy Corbyn with an eye-opening account of the Labour leader’s history.

Mandla Mandela credited Corbyn, and others in the anti-apartheid movement, with the freedom South Africans now enjoy:

“The British government did nothing”

In his interview with the Mirror, Mandla also called Theresa May’s claim that the UK government did a lot to liberate South Africans laughable:

It was a hilarious but also a saddening moment for us as South Africans to have Theresa May come to South Africa and go to Robben Island and then want to claim that Britain did a lot for our struggle for liberation.

The British government did nothing for the liberation of South Africa. Yet the British citizens did a lot, particularly for the Anti-Apartheid Campaign – and people like Jeremy Corbyn were right in the forefront of that. We applaud them and we continue to pledge our support for them. 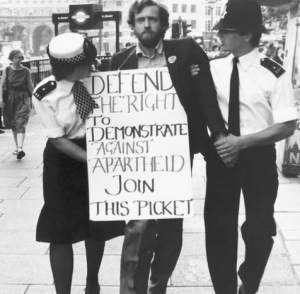 And at the time May visited South Africa, shadow chancellor John McDonnell tweeted:

For years there was a 24 Hour permanent picket of South Africa House in Trafalgar Square that Jeremy and I supported. I spent one Christmas Day there singing anti apartheid carols. This was at a time when the Young Tories & many Tory MPs were calling for Mandela to be hung. https://t.co/cGZINmU3SU

“The real voice of morals”

My grandfather and South Africans in totality would still look to him to be the conscience, the real voice of morals, in the British society.

His heart was on the right side of history during the struggle for our liberation.

Corbyn, on the other hand, consistently fought for the liberation of Black South Africans – to the point where Nelson Mandela’s grandson Mandla is crediting the Labour leader for helping to achieve the freedom they enjoy today. History like this is a huge reason why Corbyn has so much grassroots support in 2018, especially in the Black community.