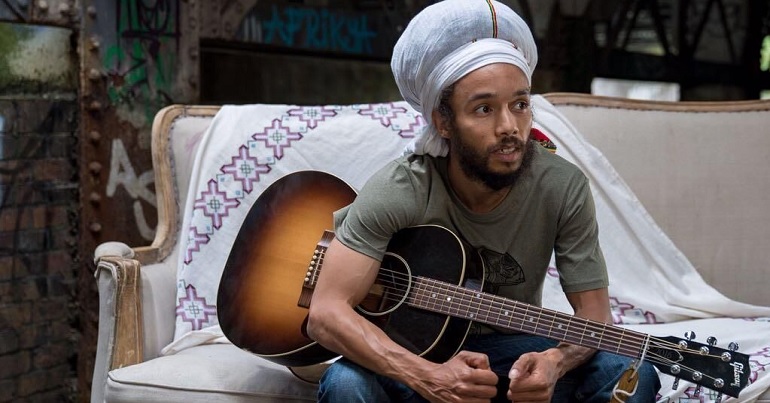 A groundbreaking musician has just released his new album. It isn’t simply another pioneering piece of work; it also marks the culmination of a ten-year journey.

Natty was originally born in San Francisco, but moved to London aged just one. After gigging, working, and doing open mic nights in his early twenties, he finally released his debut album Man Like I which made the top 20 of the UK album charts.

Man Like I was a revelation for numerous reasons – not least because of its eclectic mix of genres which showcased Natty’s ethnic and cultural heritage. As Pete Lewis wrote for Blues and Soul:

His musical eclecticism of today meanwhile reflects the differing tastes of his parents. His white father, being English of Italian descent, loved the classic folk music of Neil Young and Bob Dylan. While his black mother – being from Southern Africa – was very into Motown, Al Green, Sixties Jamaican music and Afro-Beat.

Now, ten years on from its release, Natty and his band The Rebel Ship are revisiting Man Like I with some reimagining, new tracks, and a tour. The Canary caught up with him to discuss musical progression, societal regression, and the Rastafari movement.

Man Like I & I X is the reworking of Man Like I. It’s released on 19 October via Natty’s label Vibes and Pressure and the Marley family label Tuff Gong. The record sees Natty working with close friends and fellow artists including Seun Kuti, Benjamin Zephaniah, Maverick Sabre, and El Fari & Ramzi (from Palestinian band 47soul).

With six tracks from the original album and four new ones, it’s overarching in its scale of musical ingenuity and lyrical powerhousing. The first element that astounds is the complex reimagining of the six, original tracks. Because far from being tinkered with, Natty has razed them to the ground and revived them like phoenixes.

Take Badman, the latest single from the album featuring poet Benjamin Zephaniah. The track deals with the prejudice, stereotyping, and struggle that the Rastafarian community face; something that hasn’t changed since the original album’s release in 2008. The original was a fast-paced, djembe drum and guitar-heavy affair. But the reworking is in a league of its own.

It starts as lilting, dream-like soul ballad, with Natty singing the vocals at half-speed to the original. Then, the mood changes, and Badman enters anthemic territory. The pace of the vocal’s doubles; the ‘Jah Rastafari’ chant is persistently present; the drums drive the track forward, and you even get the feeling there’s a touch of grime thrown in for good measure – insomuch as the tracks swoops on the first and third beats. And, to top it all off, Zephaniah’s spoken word bridge is stunning:

Badman‘s reimagining is symbolic of the other tracks. Natty’s original vocal on Coloured Souls has been replaced and embellished by the lilting, soulful tones of Maverick Sabre, whose rich voice adds depth to the reworking.

Burn This Place Down with Seun Kuti is another stand out example. Opening with an excerpt from fellow artist and academic Akala’s address at the Oxford Union, the reimagined version is laced with jazz influences, moving away from the original’s rawer, reggae feel.

All of the reworked tracks are more intricate and musically ingenious than their original counterparts. Natty told The Canary:

It just naturally progressed that way, through the way we play it live… Sometimes we switch things up in order to bring a different vibe to the song or emphasising a part that we feel [we want] to highlight. In ‘Badman’s’ case it was the Jah Rastafari lyric with the kette drum that formed the foundation of the song.

Man Like I & I X‘s four new tracks are equally ambitious. All deliver on that ambition. And all are equally as astounding as the reimagined original tracks.

In with the new

Afrobeat meets reggae on the album’s opener, One People. Intricately scored percussion and horns that have a conversation with the vocals point to the track’s subject: Africa. But the electric guitars with their bubble pattern (playing off the beat) let it drift over the Atlantic to Jamaica. It’s a befitting start to Man Like I & I X, as Natty talks about how Africa has shaped him as a person and why it’s such a special and important place.

Travelling Man is a lively ska-influenced track. A complex bubble pattern scurries around frantic hi-hats, cymbals, and staccato electric guitars. But the track’s standout point is Natty’s vocals. They perfectly showcase his ability to deliver machine gun-like, complex lyrics. And he makes sure the listener doesn’t miss a syllable.

Meanwhile, Soul Flame is an upbeat love song – almost a ‘part two’ to the album’s final, reworked track Bedroom Eyes. This contrasts with the politicised, soul-heavy Where’s The Answer, which seems to brood over the legacy that politicians and those in power are leaving us with, and how we need to challenge it. 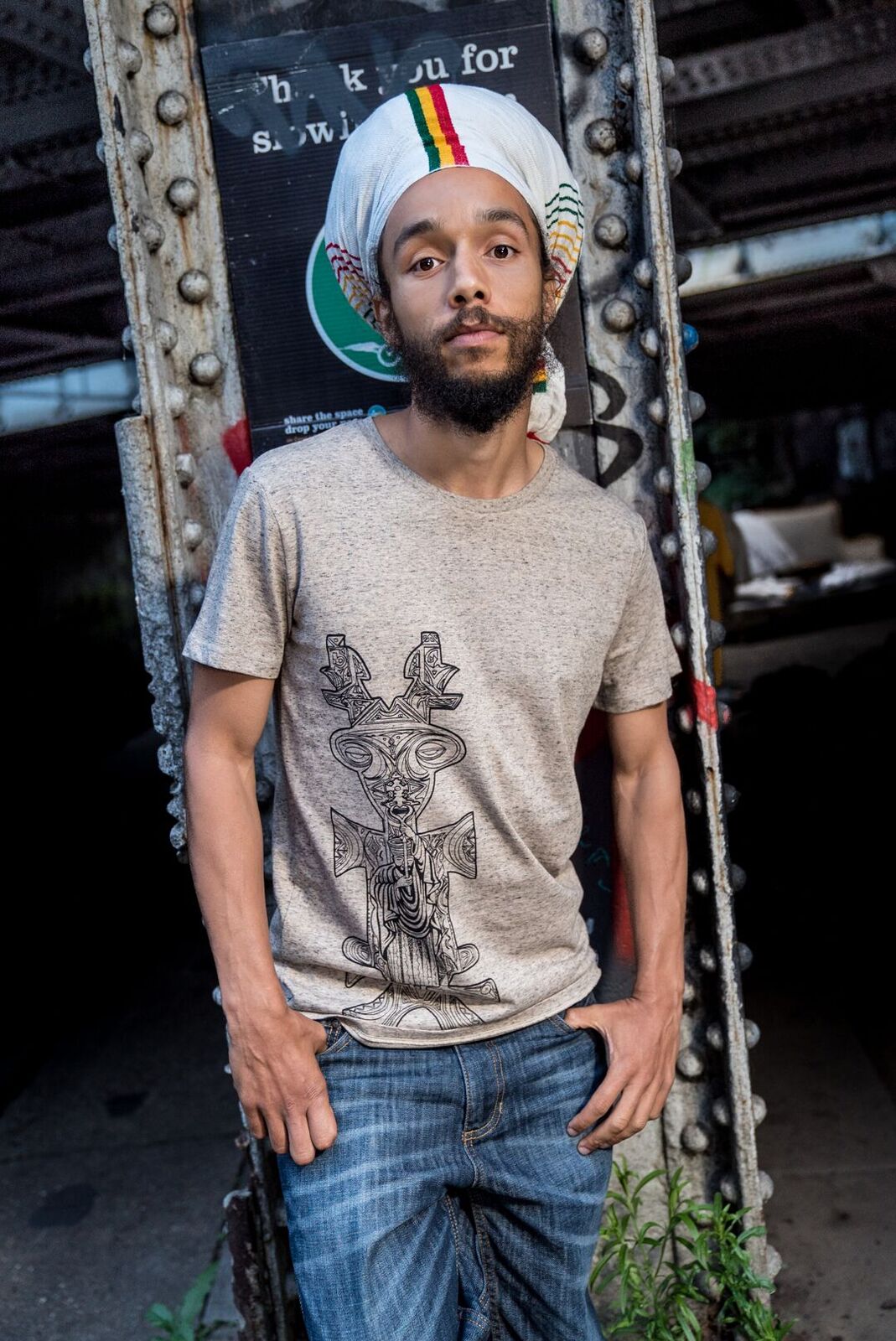 When you put the newly written tracks side-by-side with the reworked ones, Natty’s journey is evident. The six originals from Man Like I are a living record of a time in his life. They’re filled with social commentary and observations on the world around him. They’re often sharp in their conclusions. And while they’re all sadly still relevant today (note Coloured Souls commentary on youth disenfranchisement) the four new tracks feel different. There’s something movingly reflective about them; almost as if Natty has resolved some things during his journey. And he is now ready to ask others to ‘get on board’.

Natty seems to have evolved from ‘telling it like it is’ to asking ‘why it’s like it is’. But he doesn’t think this description is strictly true. He told The Canary:

I don’t ask ‘why’; more like ‘where’, ‘when’ and ‘how do I get there?’ I more search to see and to learn; to ask ‘why’ means we can more-time miss the beauty of what is. My journey has given me much greater perspective in life; [more] than a bright-eyed man-child writing those songs without that much life experience. So progression is natural.

This reflective progression is a dominant theme in many of this year’s biggest roots reggae and conscious albums. From the instant classic, genre-smashing, and soberingly poignant Kontraband by Kabaka Pyramid; to the brooding and unsettling masterpiece A Matter Of Time by Protoje, the movement seems to be at a point where its ready to lead people to change. But another common theme has been the Rastafari movement.

It’s hard to sum up Rastafari in a few words. But as the Black Cultural Archives describe:

Rastafari has been defined as ‘a movement of Pan-African redemption, confronting the inequities forged in the days of slavery and colonialism that continue to reverberate across physical, mental and spiritual dimensions’. The origins of the Rastafari movement can be traced back to the 1930s…

Today, Rastafari can mean different things to different people. It can be spiritual, religious, political, cultural or social, or a mixture, and has been defined as a decolonising process.

Rastafari is central to much of what Natty does. He told The Canary:

My locks are nearly at the floor… So, Rastafari has played a huge part in my music and way of life for many years now; without necessarily chanting his [Jah’s] name. But a lot of the beliefs and livery I speak of, especially in my second album, are teachings of Rastafari.

It is beautiful to see so many artists singing for righteous causes. The Rasta way of life is in tune with nature, and promotes peace and harmony with all living things. It incorporates ancient doctrines and way of life such as the Ubuntu, the Essene and the Nazarene. Rastafari can and will play a much greater role in the advancement of mankind than I think people see. 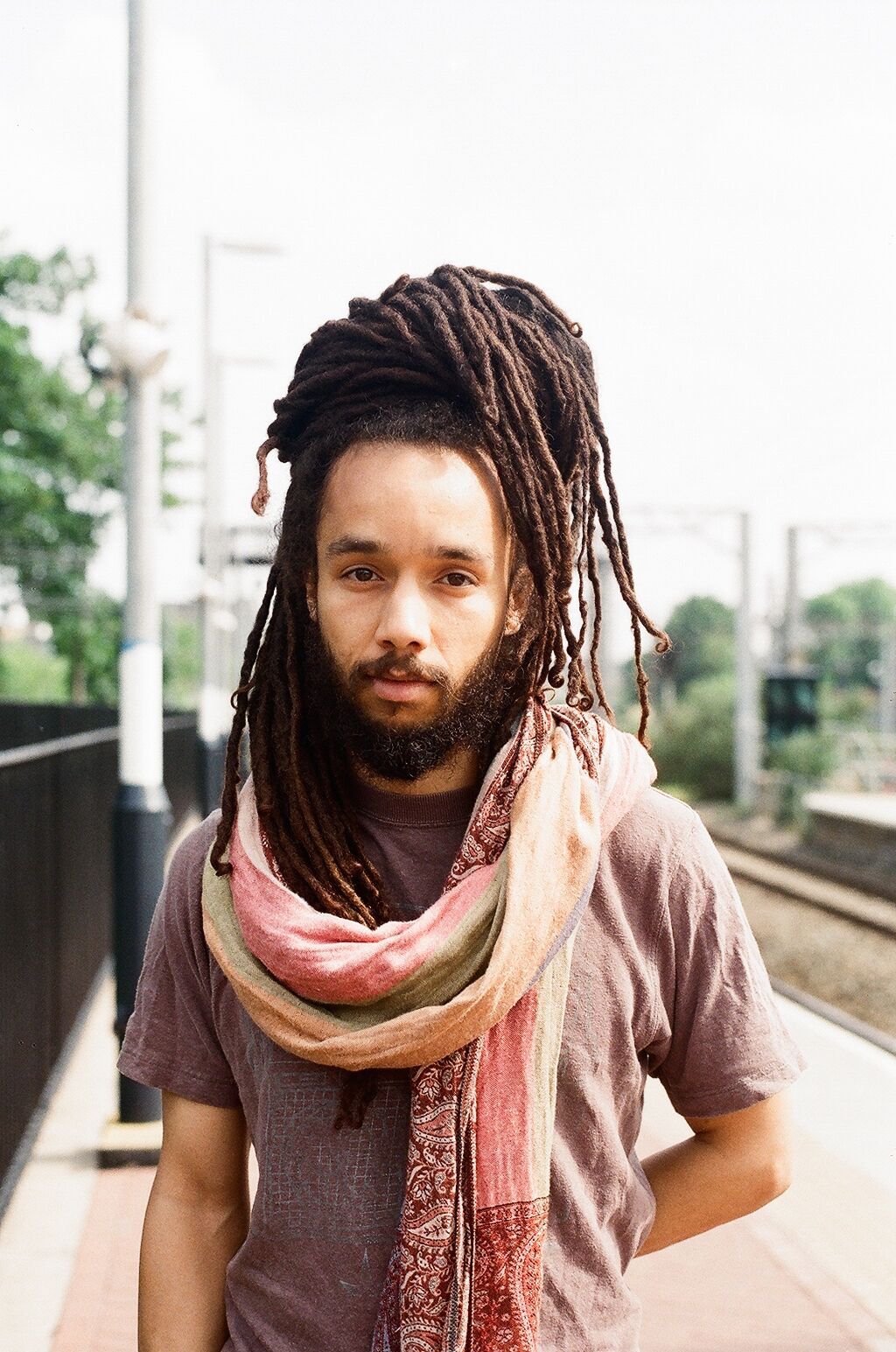 Man Like I & I X is certainly “righteous” in its aims. But moreover, it’s a work of searing relevance in today’s society; offering the deeply considered thoughts of a man whose beliefs drive the album forward. Take Burn This Place Down – discussing colonialism and slavery, and how it still negatively influences society today – even for young, black people who may be playing into it and don’t even realise.

It’s this depth of thought and conscious mantra that make Man Like I & I X such a triumph. As with some of his fellow reggae/soul artists, Natty has made a highly accessible album. But it still deals with the most complex, philosophical issues. Of course, it’s debatable whether politics has any answers at all for some of these issues we, as a species, face. And Natty is also sceptical. He told The Canary:

I think conscious and political are two separate things. Conscious implies a sense of social and energetic sensitivity that seems to completely bypass politicians. So unless we miraculously start to see conscious politicians that put the responsibility of guiding the people in the hands of the wise and not the greedy – then I think this system will eventually eat itself; while the people continue to wake up and switch on to all that we can be; the beauty within and without. Therefore I think the answer lies in what I spoke about in the previous question… respecting and living in harmony with our surroundings and fellow man. One Love, One Heart, One People.

Man Like I & I X is a triumph, both musically and lyrically – but personally for Natty also. It represents the growth of an artist; but moreover, that of a man. Searing in its lyrical content, staggering in its musical complexity, you can’t overstate what an important piece of work Man Like I & I X is. Natty is the benchmark for UK conscious music. So, here’s to the next 10 years of this remarkable musician and man.

– Find out more about Natty and book tour tickets.