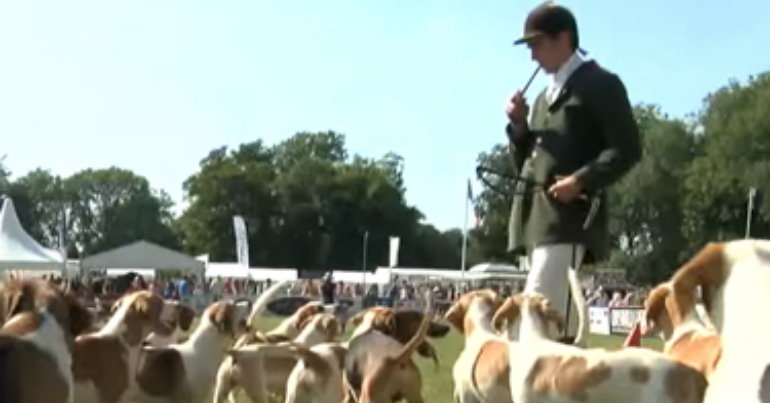 This featured image (including the link to a YouTube video) for this article was updated at 15:55 on 8 February. The original image had the logo of a different Elms School that is not connected to the story.

A prestigious prep school in Worcestershire has been forced to cancel an annual hunting event after online pressure. And the story is a reminder that not all hunting takes place on horseback.

On 6 February, the Hunt Saboteurs Association (HSA) revealed that The Elms School would be hosting an event for the Leadon Vale Basset Hounds the following day.

The Elms School is a boarding school for children from nursery through to Year 8. It charges between £2,695 and £8,160 per term for a full week and advertises activities for the “enjoyment” of students. One such annual activity is a day with the Leadon Vale Basset Hounds, which hunt on foot rather than on horses.

As a result of online backlash, the school pulled the event from its schedule on the same day. And by 7 February, the school confirmed that it had “postponed” the event:

We’re glad that @TheElmsSchool l made the right choice to cancel today’s meet. However, we must remind the school that the Leadon Vale Bassets do not ‘trail’ hunt, but in fact chase and kill hares. pic.twitter.com/Ty1WkgRUTd

In its public statement, The Elms School described the event as a “trail hunt” that allows children to “learn about what is an entirely legal countryside activity”. But campaigners have repeatedly shown ‘trail hunting’ to be a smokescreen hiding illegal hunting.

And as the HSA pointed out, the Leadon Vale Basset Hounds have allegedly been caught twice in recent weeks actively chasing hares. On 26 January, Herefordshire Hunt Sabs said it watched the hunt chase at least one hare that “fled for its life through a fence”. And on 3 February, Severn Vale Hunt Saboteurs said it saw one hare make “a careful escape” from the bassets.

There are three main types of unmounted packs in the UK: beagles, bassets and minkhounds. Although fewer in numbers than mounted hunts, they are present across the country. There are approximately 60 beagle packs, eight basset packs, and 17 registered minkhound packs with many more unregistered.

Beagles and bassets traditionally hunt hares during the normal autumn to spring hunting season. Minkhounds were formed after hunting otters became illegal in 1978 due to low numbers. Unlike other types of hunting, mink hunts occur through the summer alongside – or even in – rivers.

The Hunting Act 2004 made hunting both mink and hares illegal. And, because of the terrain, minkhound packs are unable to use the trail hunt excuse.

Activists also caught The Elms School hosting a hunt. In 2015, Three Counties Hunt Saboteurs caught the Ledbury Hunt at the school. The Ledbury Hunt has frequently been allegedly associated with abusive and illegal behaviour.

This story reveals several important facts about hunting. Firstly, hunting doesn’t only happen on horseback. Unmounted hunts are present across the UK and no less ready to kill wildlife than their mounted counterparts. Secondly, hunting remains closely connected to wealth and privilege, and these communities are still ready to expose young children to the barbarity of murdering wildlife.

Thirdly, people across the country came together to put pressure on the event. This led directly to its cancellation. We cannot ignore social media’s role in fighting this barbaric pastime.