As awareness of climate chaos explodes, other threats to the planet are being overshadowed - Canary 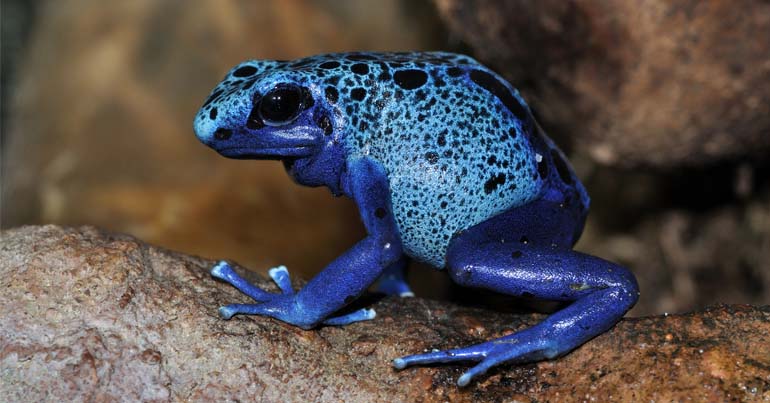 Few doubt the threat of climate chaos. A Greenpeace poll published on 30 April suggested 63% of Britons “think they are in a climate emergency”. However, it’s not the only existential threat facing humans and the planet.

On 29 April, the UN began a five-day conference to discuss and finalise a report on global biodiversity loss, called Summary for Policy Makers. Biodiversity is the total range of all living things and the interconnected relationships they have. According to French news agency AFP, a draft version of the paper said that:

Up to a million species face extinction, many within decades… and three-quarters of Earth’s land surface has been “severely altered”.

The impact of this is devastating. Robert Watson, chair of the Intergovernmental Panel on Biodiversity Ecosystem Services (IPBES), said the threat of biodiversity loss to humans is “at least as much as… climate change”.

Warnings against biodiversity loss have become urgent. Scientists from Duke University, North Carolina estimated in 2014 that humans are causing species extinction at about 1,000 times the natural rate. In October 2018, the World Wildlife Fund published a report detailing the 60% loss of global diversity in vertebrate animals over just 50 years. It said “exploding human consumption” has been the driver behind this. But, at the same time, it pointed out that our efforts so far to stem biodiversity loss have failed.

One particularly stark example of biodiversity loss is chytridiomycosis. The disease is spread by fungus and is believed to have killed off 90 species of amphibians. It’s now found in over 60 countries including the UK and threatens a further 501 species. The disease began in East Asia but “human movement of amphibians – such as… the pet trade” have spread it globally. Losing such frogs, toads, and newts is a problem because not only do they eat disease-spreading mosquitoes, but they are themselves food for other animals.

On 29 April, a multi-agency group including the UN and World Health Organisation (WHO) published a report on antimicrobial resistance. The paper, called No Time To Wait, said drug-resistant diseases could lead to extreme poverty and death for millions of people by 2050.

No Time To Wait said the problem is due to “misuse and overuse of antimicrobials”. In particular, the report noted [pdf, p4] the “increasing scale of animal production” and subsequent reliance on antibiotics as a driver. The WHO reported in 2017 that livestock farmers are responsible for as much as 80% of antibiotic use in some countries.

Amina Mohammed, co-chair of the multi-agency group, described antimicrobial resistance as “one of the greatest threats we face as a global community”. And even the UK government’s chief medical officer, Sally Davies, said the threat is equal to that of climate chaos.

Soil health is rapidly declining, too. IBPES estimated that 3.2 billion people live in areas where land quality has degraded. And Jane Rickson, a soil expert from Cranfield University, said 75bn tonnes of fertile soil is lost every year. At the same time, new soil only develops at a rate of about 1cm every 300 years.

Meanwhile, the WWF estimated that half of the planet’s topsoil has been lost in the past 150 years. The organisation blamed “increased demand for agricultural commodities” such as coffee, cotton and wheat. A BBC article explained that, while hotspots for land degradation include South America and sub-Saharan Africa, it’s even affecting the UK. Heavy rainfall is eroding soil in the south-west of England, for example, due to the region’s large-scale maize farming.

These problems link directly to one another, and climate chaos links them all. Deforestation is threatening orangutans in Borneo and birds in Papua New Guinea, for example. And biodiversity loss is a serious threat to the ongoing development of new drugs. The WWF’s October 2018 report said that “at least 70% of new small molecule drugs… have come from, or have been inspired by, a natural source”. On the other hand, recent research showed that warmer temperatures such as those resulting from climate change can lead to an increase in antimicrobial resistance.

Capitalism vs the climate

Lurking beneath all of these issues is the issue of human consumption. The need for palm oil is destroying forests. The global pet trade is spreading killer diseases. Antibiotics are increasingly powerless because of high intensity animal farming. And capitalism, which turns everything into a commodity for consumption, underscores all of these. Fighting any one issue such as land degradation also means challenging all of these issues. It also suggests the need to start by confronting capitalism as an economic system that promotes all of these problems.

Issues such as biodiversity loss and antimicrobial resistance are as much of a threat to humans and the rest of the planet as climate chaos. While linked, they are also distinct issues in their own right. Governments and international bodies spend time discussing these issues but, as the WWF pointed out, all their efforts so far have failed to hold the industries responsible to account. Only we can do that, through taking action. Because if we don’t act on them, the results will be no less dramatic than climate change.