A major new report on biodiversity loss isn't just about jungles and oceans, it's about Britain too - The Canary 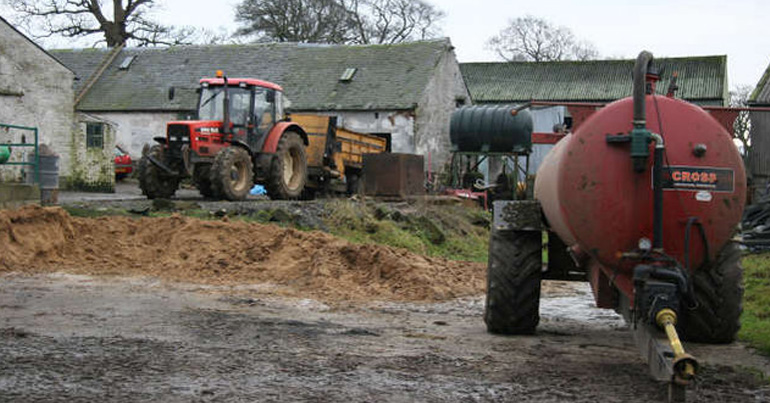 The World Wildlife Fund (WWF) has said human activity has reduced wildlife biodiversity by 60% in less than 50 years. In its latest report, the global wildlife conservation charity blamed “overexploitation of species, agriculture and land conversion”. And it says there are just two years left to start creating serious change.

On 30 October, WWF published Living Planet Report 2018. It contained stark warnings about the state of biodiversity and wildlife on Earth. And it pointed the finger directly at “exploding human consumption” as the driving cause. The report says this means:

The products we consume, the supply chains behind them, the materials they use and how these are extracted and manufactured have myriad impacts on the world around us.

As a result, an average of 60% of vertebrate animals were wiped out between 1970 and 2014. The hardest hit regions are South and Central America, where 89% of species are gone. The report also states that only a quarter of land is “substantively free” from human impact. A fall to just one tenth is expected by 2050.

Data making up Living Planet Report 2018 has been gathered from peer-reviewed studies, involving more than 50 experts from academia, international development and conservation groups.

Speaking to UCB News about the report, WWF science director Mark Wright pointed out this isn’t a far away problem. Wright said:

This isn’t just something which is restricted to the Tropics… here in the UK as well we’re also seeing massive areas of decline. And some of the species which perhaps we wouldn’t really expect to see, so things like puffins and kittiwakes and so on around the coast… and hedgehogs. We’re seeing declines across many of the large mammals…

What increasingly we’re seeing in the UK is that we have beautiful landscapes and woodlands but they tend to be empty, or are emptying.

Another recent WWF report, 5 threats to UK wildlife, echoed this. Three of its five threats are directly related to modern farming practices: agricultural intensification, river damage and pesticides. And Living Planet Report 2018 contains similar concerns about the UK. On a map showing threats to soil diversity globally, most of the UK is marked as having between moderate and very high risk.

Meanwhile, more examples can be found in Wales, where WWF Cymru said one in 14 species face extinction. This includes the water vole, which has declined by 90% since the 1970s, and the “critically endangered” freshwater pearl mussel.

Change is not an option

A central focus of Living Planet Report 2018 is biodiversity. This is important, the report says, because:

Biodiversity has been described as the ‘infrastructure’ that supports all life on earth. It is, simply, a prerequisite for our modern, prosperous human society to exist, and to continue to thrive.

On 8 October, the Intergovernmental Panel on Climate Change (IPCC) said the planet has just 12 years to act on possibly “catastrophic climate change”. Less than a month later, we have another siren about the failing state of our planet. And there’s one thing connecting the two: human society. Our exploitation of animals and the planet has led us to the edge of these twin disasters.

There is still time, the reports claim. Speaking on wildlife biodiversity, Living Planet Report 2018 puts forward Aichi Biodiversity Targets as guidelines for a pathway out. It’s urgent in its aims, expecting major global changes by 2020.

At this point, though, it’s clear these goals aren’t optional. They’re a necessity. Not only for human society but for all animals and the entire planet.

– Check out Chris Packham’s A People’s Manifesto for Wildlife.

– Sign the Green Party’s petition calling for greater investment in wildlife by the UK government.

– Animal agriculture is one of the biggest drivers of climate change and declining biodiversity. Please consider cutting animal products out of your diet and lifestyle as much as possible. Check out The Vegan Society’s simple guidelines.

– Read more at The Canary about climate change and wildlife.