As Latin America shifts to the right, US-backed war is looking increasingly likely - The Canary 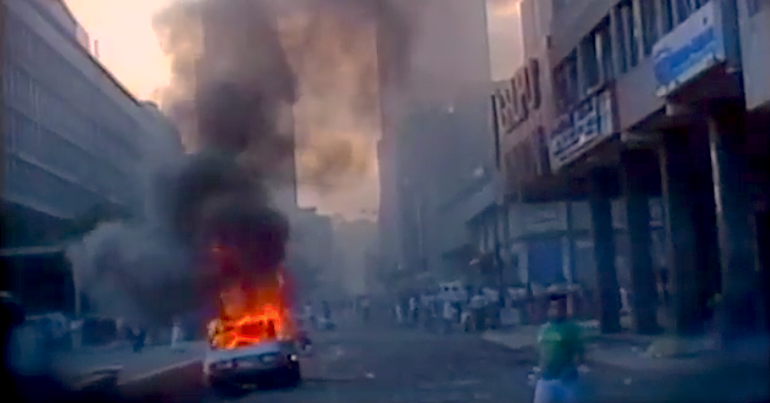 The source is reportedly a high-end diplomat in the Colombian government, and said:

If it is Trump or Bolsonaro [who] are the first to set foot in Venezuela, Colombia will follow suit without hesitation.

Bolsonaro has since denied such plans, insisting that “Brazil will always look for a peaceful way to solve problems”. And although the Colombian government has also denied the claims, they don’t seem altogether unlikely. Why? Because current Colombian president Iván Duque is a close ally of former president Álvaro Uribe – a hard-line right-winger who served from 2002 to 2010, had alleged ties to drug cartels, and has repeatedly supported intervention in the region.

On 4 August, Uribe was “recorded telling US business leaders that Venezuela’s military should ‘remove’ [Venezuelan president Nicolás] Maduro”. In the recording, he said “Venezuelan soldiers need to remove that government”.

And despite the current Colombian president’s protestations, many in Colombia claim Duque is simply Uribe’s “puppet”.

Venezuela is currently suffering an economic crisis, and over a million people have reportedly fled across the border to Colombia since 2017 as a result.

The US, meanwhile, has sought regime change in Venezuela since long before the crisis. And it would likely support or direct any future attempt to overthrow the Venezuelan government.

In September, the New York Times revealed that “a backchannel was established” between Trump administration officials and disaffected Venezuelan military officers to discuss toppling Maduro. Trump later claimed that his administration supports “dialogue with all Venezuelans who demonstrate a desire for democracy”. But decades of US military intervention in Latin America suggest that the country’s political class has more interest in Venezuela’s considerable oil reserves than in democracy.

Since Venezuela supplies the US with so much oil, the relationship between the two countries is complex. According to attorney Eva Golinger, Venezuela and the US are “interdependent”. And for that reason, if the US intervened in Venezuela it would be highly concerned about the country’s stability thereafter.

Venezuela’s government is imperfect, and its popularity is waning. But this is also true of Donald Trump; and it is beyond imagination that any country would therefore invade the US.

If Colombia, Brazil, and/or the US intervene in Venezuela, it will be a humanitarian disaster and an insult to democracy. And with an ongoing far-right takeover in Latin America, that looks increasingly likely. But by understanding the forces behind such aggression, we stand a better chance of stopping it.

– Support The Canary if you appreciate the work we do. Also see previous Canary articles on Venezuela, Colombia, and Brazil. For more Global articles, follow us on Facebook and Twitter.