Remember when Scottish workers stood up to a brutal dictatorship? One filmmaker wants to make sure we do. - Canary 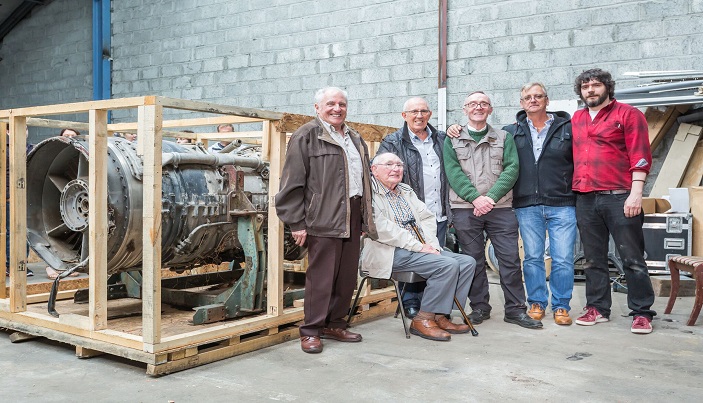 Scottish film Nae Pasaran (‘they shall not pass’) will come out on 2 November. It documents the story of four Scottish workers in the Kilbride Rolls-Royce plant. The principled trade-union men refused to repair Hawker Hunter engines damaged during the brutal 1973 US-backed coup in Chile that led to the death of democratically elected president Salvador Allende.

Bob Fulton, Stuart Barrie, John Keenan and Robert Somerville stood firm to their beliefs. They risked their own livelihoods to lend solidarity to Chilean workers they had never met. Yet for over 40 years, they were unaware of the legacy of their solidarity – until a curious filmmaker decided to investigate.

Rescuing the memory of worker resistance

When second-generation Chilean exile Felipe Bustos Sierra embarked on his research, he had no idea what he would discover. He told The Canary:

It was at Chilean Solidarity events where I lived in Belgium that I first heard the rumours about the Scottish trades-union men who decided not to fix the parts of the Hawker Hunters that had bombed the Moneda Palace [the seat of Chile’s presidency] in the 70s.

Sierra, 41, was born in Belgium after his journalist father was expelled along with around a million Chileans during the 70s. He said:

The coup coloured my life. I was born in Belgium but always felt odd. Growing up on a council estate in a posh area of Brussels, there was just me and a Vietnamese kid. I grew up with a sense of loss and anger and lots of questions. I guess the anger stemmed from a sense of injustice.

He recalled how his first attempt at trying to document Chile’s reality was when he was just nine years old. In 1986, he visited the Latin American country for the first time on holiday with his mother (it was still under the dictatorship of Augusto Pinochet at the time):

I wanted to document Chile for my dad because he was forced to stay behind in Belgium.

Sierra left Belgium and went to live in South Korea in 2004, before settling in Scotland in 2005. It was there that he heard rumours about the Scottish industrial action:

All of the Chileans were aware of the story. It had become a fairy tale. But that wasn’t good enough for me. I asked myself: why has this story not been investigated or covered?

Sierra made enquiries in the Glasgow area and tried to locate the men. Once he tracked them down, he found they were initially reluctant to get involved. However, their curiosity about the mystery that the film aims to solve (the parts they’d refused to repair mysteriously disappearing in the middle of the night fours years after the initial protest) hooked them.

The five embarked on a journey. This journey took them back to the dark days of the Pinochet regime, an awards ceremony, and recognition for the positive impact their action had on Chilean political prisoners at the time.

Some of the research led the Glasgow-based film crew to Chile:

When we arrived at the archive library at the Ministry of Justice in Santiago, the staff were initially helpful and quite excited to receive a camera crew from the UK. But when we explained to them that we were to investigate the story about the missing Hawker Hunter engines during the Pinochet regime, their attitude changed. It really surprised me to learn that some people in Chile are happy to openly describe themselves as Pinochet supporters.

Despite this, Sierra comments that making the film was a positive experience and taught him that solidarity really can make a difference:

I had always wanted to be a filmmaker. My quest was to find out if solidarity really does work. It was incredible to find out that indeed it does. It was a heavy experience as I became so invested in the story. Some of the interviews were really emotional. I can understand why people willfully don’t want to confront these stories and want to forget. However, keeping the story alive was my main motivation. What I discovered while making the film confirmed my beliefs and that my instincts are right. Allende was on the right side of history.

Nae Pasaran is out on general release across the UK from 2 November and has been nominated for a BAFTA.

– Watch the alternative trailer here and the original short documentary here. And see the list of upcoming screenings here.

– Read previous articles on Chile at The Canary Global.