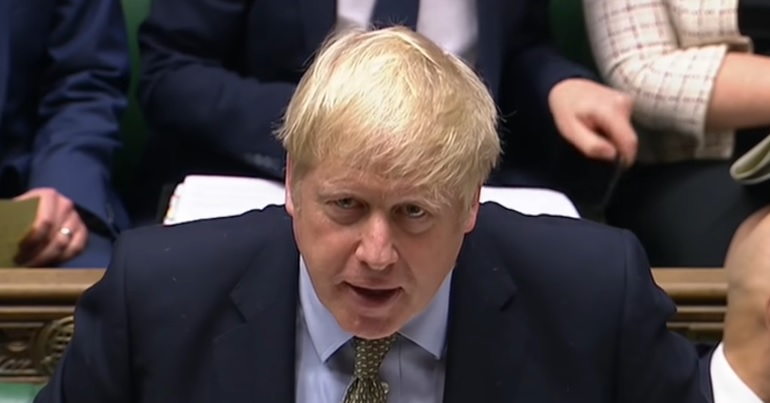 The UK government made an official statement on 9 January about the wildfires consuming Australia. Delivered by minister for Asia and the Pacific Heather Wheeler, it was absolutely staggering. Because the government didn’t once mention the climate crisis – the driving force behind the catastrophic fires – in it.

The statement essentially confirmed that, in December 2019, nearly 14 million Britons chose to elect a government that will do little to move the world away from its current, life-destroying trajectory. Labour’s response, meanwhile, showed that those same people voted against a potential government dedicated to bringing us back from the brink of ecological collapse.

Tragically that’s the position of the Australian government too

Even worse, Wheeler did talk about the environment in the statement. She said:

when the fires are finally extinguished, it would be remiss of us if we did not discuss the underlying causes of these unprecedented events; 2019 was the second hottest year on record, and the past five years fill the top five positions as the hottest years on record. Any group of individuals who can look at those figures and continue to deny that global warming and climate change are real issues are equivalent to those people who still insist that the world is flat.

As Lucas had also pointed out, Hamilton highlighted the fact that the UK government isn’t alone in ignoring the causes of the climate breakdown illustrated by the fires.

Australian prime minster Scott Morrison is renowned for his opposition to tackling the climate crisis and his embracing of the fossil-fuel industry.

That position doesn’t appear to have changed much either since vast swathes of the country he’s responsible for protecting set alight back in September 2019. To be clear, Australia is used to bushfires. But high temperatures and winds, low rainfall, and drought conditions have made those in 2019/20 apocalyptic. The cost on life is unfathomable, with potentially 1.3 billion animals killed alongside at least 26 people.

So what was Morrison’s response? Back in November 2019, he acknowledged that climate change is a “global phenomenon” and said:

the suggestion that any way shape or form that Australia, accountable for 1.3% of the world’s emissions, that the individual actions of Australia are impacting directly on specific fire events, whether it’s here or anywhere else in the world, that doesn’t bear up to credible scientific evidence

Essentially, in the midst of his country being ablaze because of the conditions created by global emissions, he tried to argue that it’s not scientifically “credible” to say countries that contribute to those emissions (like Australia) are “impacting” on the environmental collapse.

Burying heads in the sand

The climate crisis is not going to resolve itself. Institutions like the UN and scientists around the world have laid out what we need to do – fast – to change course. Burying our heads in the sand is not an option. At least it’s not if we don’t want to leave future generations with conditions that make the Australian fires look like a walk in the park.

So please, people, start electing figures willing to take the action needed to turn this sinking ship around. And make sure that those who aren’t are held to account every single day they remain in office.