Australians brace for escalating fire danger in south-east - The Canary 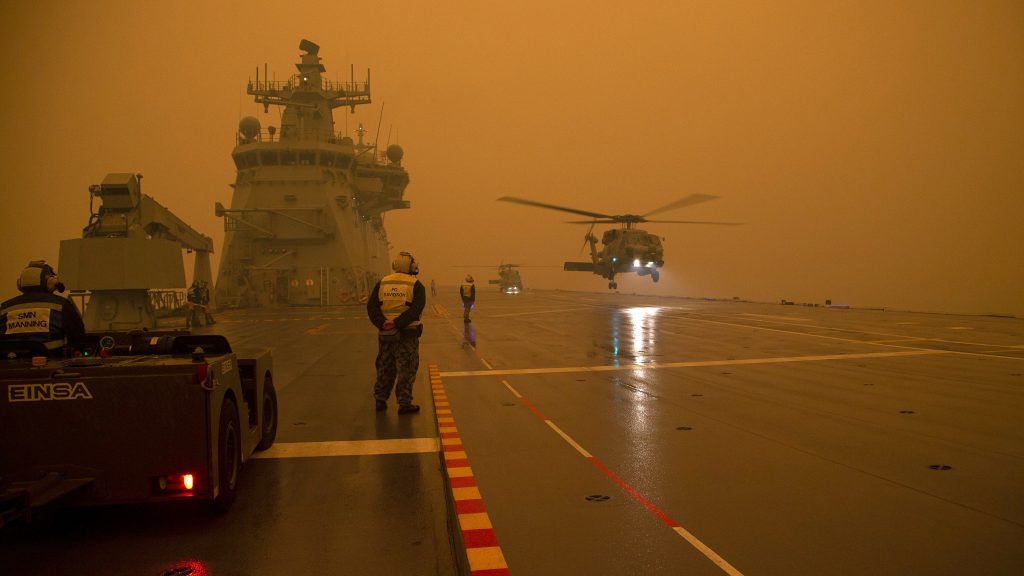 Communities across Australia’s fire-ravaged south-east were bracing for a long day of mounting danger on 10 January as thousands abandoned their homes for evacuation centres.

Military helicopters dropped emergency supplies to towns at risk of being isolated by blazes fanned by rising winds.

The danger is centred on New South Wales (NSW) and Victoria, Australia’s most populous states, where temperatures and wind speeds are escalating after a few days of relatively benign conditions.

The NSW Rural Fire Service has warned that coastal towns south of Sydney including Eden, Batemans Bay and Nowra could again be under threat weeks after losing homes to the fires.

“If it is safe to get out, then you must get out. That is the only way to guarantee your safety,” he said.

Temperatures in the threatened area were expected to reach into the mid-40s Celsius (more than 110 degrees Fahrenheit) on Friday, and conditions remained tinder dry.

The fire crisis in south-east Australia has claimed at least 26 lives and destroyed more than 2,000 homes since September and has focused many Australians on how the nation adapts to climate change.

Doug Schutz, who began volunteering with the Rural Fire Service 53 years ago, at the age of 13, said the current danger seemed different to wildfires in the past.

“I’ve lived here all my life, and seen a lot of fires. And this one just doesn’t want to do what it’s supposed to do,” the captain of Tomerong brigade south of Sydney said.

“This fire has its own agenda. In some ways, I nearly think it’s got a brain. When you think you’ve got a handle on it, it will sneak around the back door and bite you on the bum.”