The Tories have backtracked on yet another pledge, and this time it's children who'll suffer - Canary 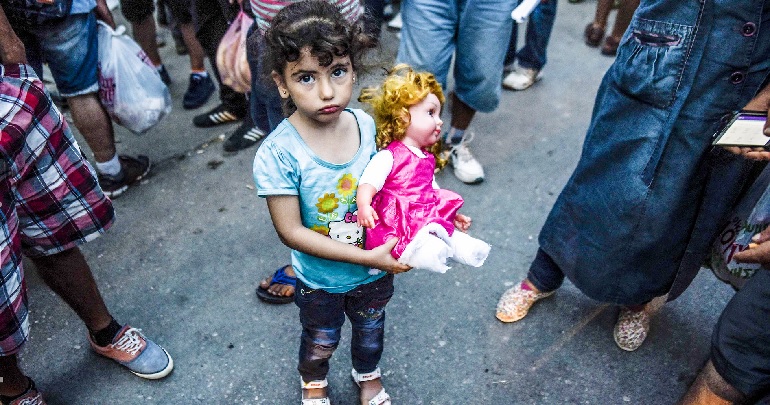 On 9 January, a vote passed in parliament to remove protections for child refugees from the Brexit bill. The vote means that after Brexit, child refugees in EU countries won’t be able to join their families in the UK.

It also breaks a cross-party pledge, made in 2018, to safeguard these children.

Many people have expressed their outrage over this government’s cruelty:

First real act of uk gov is to kick children in the teeth. https://t.co/y2JPIXK3Qp

Is this the kind of Britain we want to be post-Brexit?

A country which denies refugees sanctuary and pushes vulnerable children into the hands of people smugglers?

Boris Johnson should be ashamed, and the Tories should reverse this inhumane decision.
https://t.co/i2ji5dLWxX

What a shoddy betrayal. Tories delete the promise of family reunion for unaccompanied child refugees. From their own Withdrawal Agreement. Willing to bomb Middle East countries, but not accept the child refugees that creates. Shameful.https://t.co/GKxwhyRITG

Moreover, there are serious concerns about the risk this change creates for child refugees, including making them vulnerable to traffickers:

The Conservatives have voted down a measure for unaccompanied child refugees with their families in the UK. The upshot? More children will find themselves at the mercy of people smugglers.

Labour peer Alf Dubs has also said this decision will create greater risks for child refugees, as they could end up trying to enter the UK using unsafe means.

I’ve visited the camps in Greece and Calais, where I have met many children without families. Some are in refugee camps, but others live rough, in woods, on the streets or even on rubbish tips, with some support from NGOs. I can think of little more frightening than to be a child in a foreign country with no family, unable to speak the language, sleeping rough.

The Tories have backtracked on a cross-party pledge put forward by Dubs that was agreed in 2018. In an interview with the Metro, Dubs described the outcome of the vote as “very disappointing indeed”. But despite the Commons vote, he is adamant that he “is not giving up”.​

Dubs also shared his experience as a child refugee and his reasons for campaigning on this issue:

Britain has a proud tradition of showing humanity and leadership on the issue of child refugees. Aged six, my life was one of the 10,000 saved by Britain. As we leave the EU we mustn't abandon the child refugees of today. My interview with @roswynnejoneshttps://t.co/jKoPcAPzRQ

But Dubs isn’t the only person who shared their experiences. On Twitter, people shared personal stories of how crucial it was for them and their families to be able to seek refuge in the UK:

I retweeted the news of the government's approach to separated child refugees and as a result racists have replied to my retweet. I've blocked them without telling them that my father's cousin is alive today because his parents put him on a train to safety when he was 16/17.

My parents came here as young refugees, escaping from Nazi Germany.
They arrived with nothing.
Everything was stolen/taken by the Nazis
Wouldn't be allowed in now!https://t.co/oSBTVqSyYd
Is your MP on this list? Mine is.

Meanwhile, Dominic Raab, whose father fled to the UK to escape the Nazis, voted against protections for child refugees.

With Boris “we will send you back” Johnson in charge, it’s no surprise that Britain refuses to be a country that welcomes refugees. It’s clear that even children aren’t safe from this government’s racism and xenophobia. And now, more than ever, we need to mobilise against it.