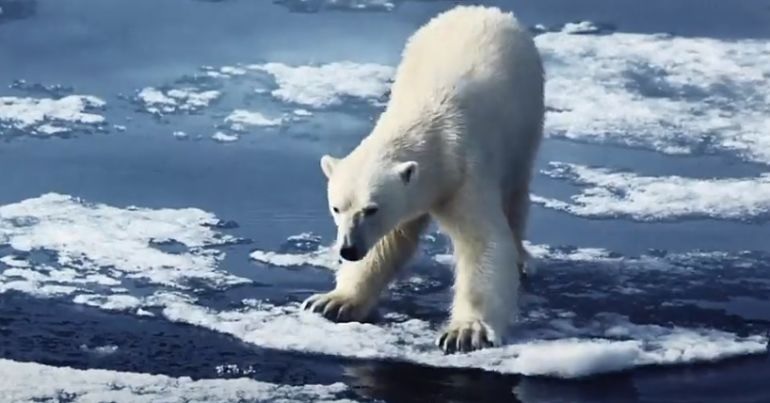 A bombshell dropped by the World Wide Fund for Nature’s (WWF) UK section has put the trophy hunting industry on very thin ice. The Times reports that following a backlash over the global organisation’s effective support for trophy hunting, the UK-based part of the charity has “made a U-turn”. The media outlet claims WWF-UK’s stance against the practice is now “more hardline” than the UK government’s, which it says has “committed in principle to ending it”.

A public rejection by elements of WWF pose a significant problem to the trophy hunting industry. Because in modern society, where people increasingly view the idea of killing other animals for fun as repellent, it derives much of its legitimacy from the notion that the practice is beneficial to conservation. So endorsements from notable conservation groups or institutions matter.

The Campaign to Ban Trophy Hunting’s (CBTH) founder Eduardo Gonçalves has released two books recently. The first, titled Trophy Hunters Exposed: Inside the Big Game Industry, details who the industry’s major players are, such as Safari Club International (SCI), in terms of advocacy. It also looks at the relationship international wildlife watchdogs like the Convention on International Trade in Endangered Species of Wild Fauna and Flora (CITES) have with the industry.

The second book, called KILLING GAME: The Extinction Industry, takes on the common argument made by pro-hunting figures in support of its existence: that communities co-existing with trophy-hunted species benefit from the trade and therefore are incentivised to conserve them. It further documents the effect that trophy hunting is having on targeted animals’ genetics and their resilience to major threats, essentially exploring whether the practice is contributing to putting many species on the road to extinction.

Siding with the industry

In the latest edition of this second book, Gonçalves has added a specific chapter on WWF and its actions globally. As the Times reported, the book asserts that the charity offers “practical help for the trophy hunting of wild animals”. For example, it documents actions by WWF at the most recent CITES meeting in 2019. These tri-annual meetings are where governments from around the world decide the fate of numerous wild animals by dictating what can and can’t happen in relation to trading them. Based on Gonçalves’ book, the Times reported that in 2019:

Mr Gonçalves argues that the WWF initiative took the same side on these issues as the hunting organisation Safari Club International and against the positions of the Species Survival Group, a coalition of 80 organisations.

WWF has also expressed support for the trophy hunting of endangered black rhinos. WWF-UK’s deputy director of conservation in particular extolled the benefits of trophy hunting polar bears in 2019.

Practical help given by WWF to trophy hunting has also been discovered. Safari Club International funded the charity to produce a manual for African communities on how to count wildlife populations in 2000. The most important reason, the training material said, was to help to prepare hunting quotas. “If wildlife populations are over-hunted it will lead to a decline in number, but if they are under-used this will lead to the loss of potential income,” it said.

Gonçalves chapter on the charity also highlights the Southern African Wildlife College Trust, which is “administered” by WWF South Africa. Gonçalves points out that SCI and another trophy hunting advocacy group, the Dallas Safari Club, are both listed as “Current Supporting Partners/Donors” of the project.

Meanwhile, WWF has supported initiatives that are explicitly tied to trophy hunting. The Communal Areas Management Programme for Indigenous Resources (Campfire) in Zimbabwe is one such programme. As National Geographic previously explained, trophy hunting supporters “often cite” this programme as an example of how the practice can benefit communities and, in turn, wildlife. In theory, the programme is supposed to funnel some income from trophy hunting to communities in the areas in which it takes place. WWF is currently listed as a sponsor of Campfire. Specifically, the Campfire Association says WWF:

provides ecological and economic research, monitoring, and advisory services to CAMPFIRE and also assists in training. It is an implementing partner to the Association on a number of ongoing projects.

Following Gonçalves’ account of WWF’s behaviour in his book, the organisation drew fierce criticism from high-profile figures. It also, according to the Times, provoked claims from people on social media that they had stopped donating to the charity.

Now the Times says WWF-UK has:

The UK government is currently considering introducing a ban on the import of hunting trophies to the country. The Times further claims that:

WWF-UK officials are thought to be preparing to come out in favour of a total ban on all imported trophy animals to Britain.

In a statement to the Times, a WWF-UK spokesperson said:

Our position has in fact been clear from the start — WWF-UK’s longstanding position is that we do not support, fund or encourage the killing of animals for trophies, and we have never opposed the government’s proposals to ban importing hunting trophies into the UK.

The government must ensure that any ban takes account of the potential impact on the livelihood and rights of indigenous peoples and local communities to ensure there are not unintended consequences for local communities or wildlife.

Nature is in crisis and it is not only species hunted for trophies that are threatened, with wildlife under much greater threat from their habitats being destroyed through deforestation for agriculture, mining and other purposes.

The government needs to do more than stopping the import of hunting trophies, and must make it illegal to import any products that are killing these animals by driving deforestation.

When pressed by The Canary on how the revelations in Gonçalves’ book uphold WWF-UK’s stated ‘longstanding position’ of not ‘supporting, funding or encouraging’ trophy hunting, it reiterated the aforementioned statement. It also advised that the charity’s national offices work with communities in their respective countries to determine their shared goals.

Essentially, although WWF’s overarching position on trophy hunting is supportive, albeit conditional, there may be differences between national offices. Gonçalves says, however, that until WWF as a whole turns its back on trophy hunting, the “issue will continue to dog the organisation”.

Clearly, the pressure is on. Because as WWF-UK itself says, nature is in crisis, and many of the public want conservation organisations to put their efforts into conceptualising solutions to that crisis – for both humans and the other animals involved – without relying on archaic, flawed and insultingly colonial practices like trophy hunting.