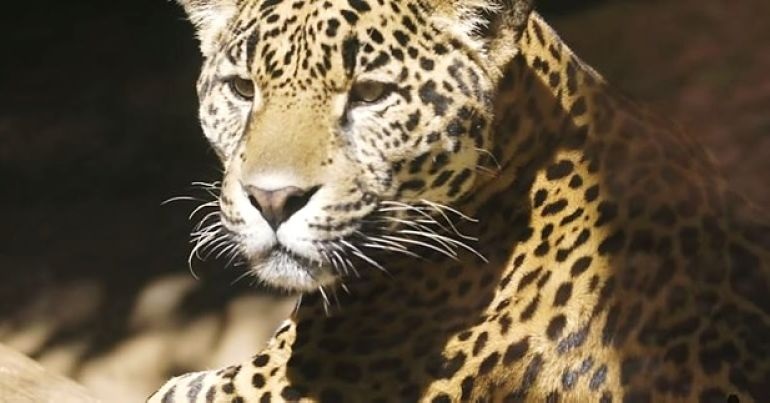 UPDATE: This article was updated at 5pm on 1 June to include a response from CITES that provided details about which authorities have responsibility for the licensing of hunting trophies, its regulations regarding the trophy hunting industry and information about how the body defines ‘commercial’ vs ‘non-commercial’ trade. The Canary added further detail alongside this response for context and explanation.

The Campaign to Ban Trophy Hunting’s (CBTH) founder Eduardo Gonçalves has released a new book. Called Trophy Hunters Exposed: Inside the Big Game Industry, the book aims at the hunting industry and – to adopt the target’s vernacular –  ‘takes’ it.

This is how human hunters describe killing (other) animals: taking. That’s one the many discoveries in Gonçalves’ book. How much effort the industry is putting into encouraging children to take up hunting is another. It details who the major players are, such as Safari Club International (SCI), in terms of industry advocacy. It also documents how these groups get their vast sums of money and what they’re spending it on.

Critically, the book looks at the relationship international wildlife watchdogs like the Convention on International Trade in Endangered Species of Wild Fauna and Flora (CITES) have with the industry. The relationship is an intimate and consequential affair. Because these watchdogs shape and set the rules on what humans can or can’t do with the other animals on this earth.

Due to the coronavirus (Covid-19) pandemic, and rapidly depleting global biodiversity, many are questioning whether CITES is fit for purpose of late. After all, CITES’ purpose is to regulate the very trade – the wildlife trade – that it’s thought has just brought human societies across the globe to their knees with the coronavirus pandemic. Gonçalves’ book answers that question with a resounding ‘no’.

In the introduction to his book, Gonçalves describes CITES’ founding in 1973. He explains that the UN-backed body drew up “strict rules” to stem the collapse in wildlife populations. Gonçalves writes:

Threatened species were named in a list of three appendices ordered by their vulnerability. Trade in Appendix I species, it said, “must only be authorized in exceptional circumstances.”

Currently, approximately 25,000 plant species and 5,000 animal species are in these appendices. CITES lists around 600 animals species in Appendix I.

But Gonçalves says these ‘strict rules’ are, in practice, quite weak. Because trade appears to be happening regularly, including trade in highly endangered animals. The CBTH founder writes:

For instance, in 2017 (the most recent year for which reliable data is currently available) “exceptional circumstances” were granted for more than 75,000 animals and body parts of species which CITES classes as the most endangered in the world.

cosmetic products extracted from the Irrawaddy dolphin, fur and bones from leopards, tusks from Mediterranean monk seals, and leather products from giant pangolins – the latter were given the green light to enter the US.

“The law today is failing wildlife”

As well as granting “exceptional circumstances” for trade that doesn’t appear to merit such a label, CITES also provides effective exemptions within its rulebook. This allows certain industries more freedom from its restrictions. Trophy hunting is one such industry. As Gonçalves explains:

In 2017, as many as 35,000 bodies and parts of animals [from Appendix I, II and III] that are at risk of extinction made their way into the trophy rooms of hunters around the world, all with the implicit blessing of CITES. In fact the multi-million dollar trophy hunting industry is to all intents and purposes largely exempted from CITES’ rules. This is on the extraordinary grounds that trophy hunting holidays – which can sometimes cost $100,000 or more – are considered to be a ‘non-commercial’ activity.

Because human hunters aren’t supposed to sell on the ‘trophies’ of other animals they kill, CITES deems it a non-commercial and personal trade. This is despite the fact that CITES defines ‘trade’, i.e. what it’s duty bound to regulate, as:

Any export, re-export, import and introduction from the sea

Nonetheless, at most all hunters have to do is arrange an export or import permit for their ‘trophies’. Of course, the hunter can do very little without the safari company they pay to arrange their kill, or the travel company they pay to transport their ‘trophies’ from one country to another. That’s not to mention the taxidermist they pay to display the parts of the other animal they ‘took’, or the gun manufacturer that sold them the machinery with which they killed her. There is a varied, vast, and lucrative trophy hunting industry, as Gonçalves details in his book. Yet CITES is failing to adequately police it because of the “extraordinary grounds” on which it exempts that trade. As Ranulph Fiennes wrote in a foreword to the book:

Far from protecting endangered species, the law today is failing wildlife.  As many as 1.7 million animals have been killed by trophy hunters over the past decade.  Hundreds of thousands of these are from species protected by law because scientists say they are at risk of extinction.  We are frequently told that we face a biodiversity crisis every bit as serious as the climate crisis.  Yet the slaughter, inexplicably, continues unabated

The Canary contacted CITES for comment. While it chose not to comment on the allegations in the book, it did provide answers to some specific questions from The Canary.

It clarified that management authorities within member countries, i.e. the parties, are responsible for ‘receiving, issuing and denying’ trophy hunting import and export licences. It also pointed The Canary to the relevant CITES resolution containing the conditions that it says offer ‘strict regulations’ for the trophy hunting trade. It explained:

This Resolution by the Conference of the Parties urges Parties, among other things, to only authorize the export of hunting trophies if Management Authorities are satisfied that the specimen was obtained legally and if Scientific Authorities have determined that the export would not be detrimental to the survival of the species.

The key word in this statement is ‘urge’. Because while parties have ‘agreed‘ that “the export of hunting trophies of species listed in Appendix I or II should be conditional upon issuance of an export permit”, the resolution ‘urges’ and ‘recommends’ the other details. I.e. conditions other than the licence requirement appear to be effectively voluntary.

Further to urging countries to only issue permits for exports that would ‘not be detrimental to the survival of the species’, CITES also recommends that trophy hunting activities:

Again, this is a ‘recommendation’, not a hard and fast rule. On the trade issue, CITES said:

It is not disputed that an export or import of a hunting trophy does constitute a form of trade transaction. However, Parties have decided the import or export of [sic] leally obtained hunting trophies are not considered to be commercial trade.

It pointed The Canary towards another resolution, which defines what is understood as a ”primarily commercial purpose”. Under the ‘general principles’ in this resolution, CITES states:

An activity can generally be described as ‘commercial’ if its purpose is to obtain economic benefit (whether in cash or otherwise), and is directed toward resale, exchange, provision of a service or any other form of economic use or benefit.

As previously mentioned, because human hunters aren’t killing other animals to bring their body parts home and then sell them to others, the trade isn’t labelled ‘primarily commercial’. But the general principles goes on to clarify:

The term ‘commercial purposes’ should be defined by the country of import as broadly as possible so that any transaction which is not wholly ‘non-commercial’ will be regarded as ‘commercial’.

Given the list of transactions involved in the trophy hunting industry, some of which are already detailed here, it’s hard to see how – under a ‘broad definition’ like this – the industry escapes the ‘commercial’ label.

Despite appearances, the debate over trophy hunting is not a simple one. It has split the conservation community, with some standing in support of it as a so-called ‘conservation tool’. Others robustly challenge this notion, arguing that’s it deeply damaging to wildlife. The fact that hunting advocacy groups have managed to embed themselves in global wildlife watchdogs – as Gonçalves highlights in his book – by brandishing the supposed conservation credentials of killing for fun, muddies matters further. Because that means they have the ear of the decision-makers within these bodies. Add in the fact that pro-hunting proponents argue hunting provides income for communities in areas where hunting happens, yet anti-hunting proponents argue that income is a lot less than communities could have if they implemented alternatives to hunting, and it’s nothing short of a minefield.

This has largely led to a state of inertia or paralysis in policy change on trophy hunting on a national and international level, with some small exceptions. Such inertia is a hunter’s dream. Because, as Fiennes says, it allows the killing to continue unabated. Meanwhile, trophy hunting advocacy groups are less than inert themselves, securing the downlisting of species on CITES’ Appendixes – or fighting the uplisting of them – in a way that ensures hunting of them can continue, while in their positions of influence.

With his book, Gonçalves is dragging authorities out of that inertia. CBTH’s work, and Gonçalves’ book, has inspired a number of mainstream media outlets to back a ban on trophy hunting imports into the UK. The UK government is currently considering bringing in such a ban. Given the spotlight CBTH is shining on the inner, troubling workings of the industry, and the support the ban has among politicians, it may very well pass.

In his book, Gonçalves shares hunters’ accounts of their killings. One of them is from CJ McElroy, the founder of SCI. He describes killing a jaguar:

I moved the rifle, found the cat’s chest across my open sights, and triggered an explosion that shattered the stillness. The jaguar reeled back, the same way any animal will recoil when hit in the chest at close range. But he didn’t go down. He staggered, then recovered and started running across the small clearing, heading for thick jungle to my right.

Essentially, Gonçalves’ book is ‘shattering the stillness’ too. But rather than smashing the societies and lives of other animals to smithereens, the CBTH founder is blasting through the inaction on trophy hunting.

McElroy eventually ‘took’ his kill. After McElroy shot the jaguar four times, “he collapsed in a spotted heap”. In the UK at least, it’s possible the hunting industry is about to suffer the same fate.