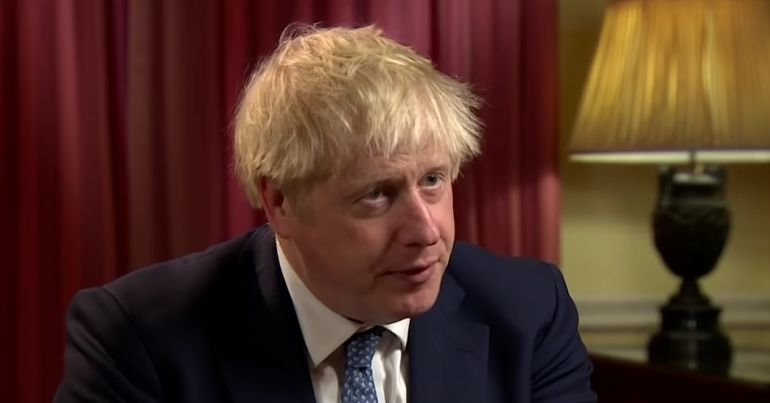 Boris Johnson’s government made a pledge to Brits on 27 September. Zac Goldsmith – minister at the Department for Environment, Food and Rural Affairs (Defra) and the Department for International Development (DfID) – announced that ministers would ‘urgently consider’ a ban on trophy hunting imports.

Back in July, then environment secretary Michael Gove made a big display of vowing to “issue a call for evidence” on the practice of trophy hunting. But injecting ‘urgency’ into its deliberations, which Goldsmith has called for since at least November 2018, is a significant move for the government.

Johnson even tweeted about his revulsion for the ‘sport’ on 28 September:

We must end this barbaric practice. https://t.co/tGe9JTnNjV

Britain is a tale of two countries when it comes to trophy hunting.

The vast majority of Britons despise the practice. The Campaign to Ban Trophy Hunting (CBTH) released a poll in July that showed 75% of people supporting a ban of some kind on the import of hunting ‘trophies’. Most recently, a Mirror poll showed that 86% want a complete ban on trophy hunting:

9 out of 10 people want a TOTAL ban on trophy hunting – so let’s get it done!! #BanTrophyHunting NOW! Retweet if you agree! https://t.co/I6F9qXQJR4

Nonetheless, according to the CBTH, the UK is also a country that scores high for the very killing that the majority of Britons detest. In April, for example, the group reported that the UK was among the “deadly dozen” countries that have all seen their hunters take over 1,000 elephant ‘trophies’ and bring home more than a ton of ivory since the 1980s. Later that month, it also revealed that Britain is 12th equal on a hunting league table: for the amount of ‘factory-farmed’ lions its trophy hunters have killed in ‘canned’ hunts in South Africa.

Due to UK hunters’ enthusiasm for the sport, a ban on imports would be significant. Hunters would, of course, be less likely to spend a small fortune to kill an animal if they couldn’t then bring the heads, tails, skins and more back home to put on display.

Clearly, the idea of putting that barrier in the way is popular with the British public.

It is, however, a pledge that Labour has already made. It released an Animal Welfare Manifesto back in August, which included a total ban on trophy imports. It also included a promise to tighten up the UK’s Hunting Act. The killing of wildlife by hunters in the UK, which still routinely occurs due to loopholes in the law, is also extremely unpopular with the public. But despite Johnson’s recent outbursts about ‘barbarism’ in far-flung places, he repeatedly voted against a ban on fox hunting in parliament.

Trophy hunting isn’t the only issue on which Johnson’s government has followed Labour’s example. Under Jeremy Corbyn, reducing and ultimately removing private providers from the NHS has long been a priority for Labour. Low and behold, though, the Guardian recently reported Johnson will “rein in” NHS privatisation – although the plans have already faced criticism. Labour has also pledged to return nurses’ bursaries, scrapped by the Tory government in 2017. But guess what? Johnson is considering reinstating financial aid for nurses too.

Team Johnson is floating support for extremely popular policies, some of which Labour has championed for a long while, ahead of a likely general election. But there’s still a clear choice to be made by voters keen to see such policies from their elected representatives: who do they think will actually deliver them?