The heat intensifies on Michael Gove to bring an end to this 'archaic, cruel and devastating industry' - Canary 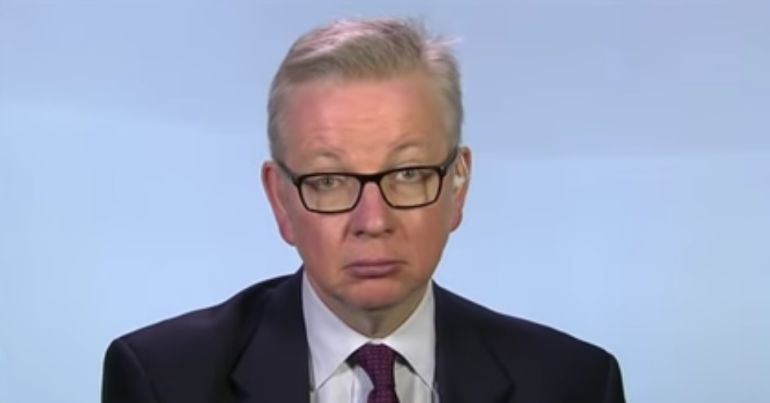 CORRECTION: An earlier version of this article was headlined: “The heat intensifies on Michael Gove to make sure one ‘disgraceful’ British practice ‘follows slavery and apartheid into the history books’”. We were wrong to run that headline because it draws a comparison between animal cruelty and the oppression of people of colour that is at best unhelpful and at worst hurtful. We took a quote out of context, and we are grateful to the reader who contacted us to point out our mistake. We updated both the headline and the article at 1140 on 16 May 2019. We are sincerely sorry for our mistake and any hurt we may have caused.

MPs will debate whether the UK will take action against trophy hunting on 15 May. And they won’t be the only ones talking about the issue. Environment secretary Michael Gove is meeting with the founder of the Campaign to Ban Trophy Hunting (CBTH), Eduardo Gonçalves, on the same day to discuss the ‘sport’.

Gove recently asserted that he won’t ban the import of ‘trophies’ to the UK. Attempting to justify his position, he said taking action on trophy hunting was a “delicate political balancing act”. He also claimed that wildlife charities were advising him to “be cautious” over a ban.

The fury over his decision, the meetings hastily arranged in its aftermath, and a new 60-page CBTH report arguing for a ban all show just how spurious Gove’s claims are.

An “archaic, cruel and devastating industry”

Gove revealed that he wouldn’t be banning the import of hunting ‘trophies’ during a BBC Radio 5 Live interview on 7 May. The Conservative government has been dragging its heels over a ban on lion trophy imports in particular since 2017. To support his decision, Gove said he recognises that:

I’ve got to respect if there is expertise, which says that [trophy hunting] done in a managed way can help wildlife overall, then let’s just test that.

The CBTH, and numerous other wildlife charities, dispute that trophy hunting ‘helps’ wildlife. Ahead of his meeting with Gove, Gonçalves said in a press release:

I very much hope Michael Gove listens to the evidence and acts swiftly not just to ban trophies from coming into Britain, but also to help bring an end to this archaic, cruel and devastating industry.

Conservative MP Zac Goldsmith is among those who’s challenging the government’s inertia on the issue. He sponsored an early day motion (EDM) in November 2018 that called on the government to “commit to halting imports of hunting trophies as a matter of urgency”. So far, over 160 MPs have signed the EDM. Goldsmith has also called the debate in Wesminster Hall that will take place on 15 May.

Labour leader Jeremy Corbyn has also joined MPs from all parties in supporting a ban, including the SNP’s Tommy Sheppard – who called such hunting “disgraceful”.

As the CBTH’s 60-page report shows, the arguments for a ban are compelling. The report dissects every claim that hunting supporters use to justify killing animals and, arguably, destroys them. Citing numerous studies from conservation scientists, the International Union for Conservation of Nature (IUCN), the United Nations Environment Programme, independent economists, and US Congressional researchers, the CBTH states that:

all point towards trophy hunting not delivering net conservation benefits to species or habitats. Instead they are identified as being directly responsible for serious negative impacts.

many of the male lions we collared in the park were being shot in the surrounding hunting areas. These hunts were approved and completely legal. But it was puzzling and worrisome that so many lions, supposedly protected by the national park, were dying.

Meanwhile, the CBTH says that studies across Africa have shown “significant declines in key species” in hunting areas. As CBTH explains, in one major report the IUCN concluded that:

big game hunting, in terms of conservation, does not work.

Trophy hunting advocates often claim that the ‘sport’ provides vital funding for conservation and communities in the areas where it happens. They sum up this notion with the phrase: “If it doesn’t pay it doesn’t stay”.

But the CBTH also lays waste to the idea that trophy hunting is adequately supporting either in its report. In fact, it says that research shows that there’s “significant under-investment” in habitats and species due to the trophy hunting ‘model’ of conservation. Loveridge’s first-hand assessment supports this. He said of the reserve where Cecil lived until a hunter killed him:

it cost more than US$1.5 million to protect Cecil until he was 12 years old. A one-off fee of $50,000 to kill him did not remotely offset this cost. Nor did the park, whose budget paid for his protection, benefit from this revenue.

Furthermore, the CBTH says a report by the UN Food & Agriculture Organisation and the International Council for Game and Wildlife Conservation found that communities in hunting areas only received 3% of hunting companies’ revenues. And the vast majority of expenditure ended up in the hands of “firms, government agencies and individuals located internationally or in national capitals” rather than local people.

In short, the CBTH report reveals that trophy hunting ‘doesn’t pay’. And according to the industry’s own standards, that means it ‘doesn’t stay’.

As The Canary previously reported, the UK is one of the “deadly dozen” countries that has seen its hunters take over 1,000 elephant ‘trophies’ and bring home more than a ton of ivory since the 1980s. It also has a top position on a hunting ‘league table’ for the amount of ‘factory-farmed’ lions its trophy hunters have killed in ‘canned’ hunts in South Africa.

The CBTH has also just revealed that UK hunters are not only shooting ‘critically endangered’ species; they’re killing animals that are officially extinct in the wild.

The UK, then, is a big part of the problem. And with wild animals’ numbers plummeting, there’s no time to waste in eliminating the threats these animals face. Gove, and the UK government, have the power to take action. With this report from the CBTH – and the pressure from MPs on all sides of the house – there’s really no excuse not to.