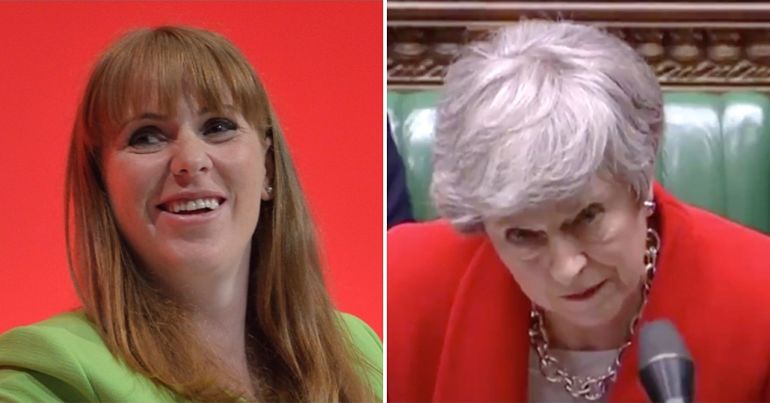 Yes, it’s that time of the week again. It’s Prime Minister’s Questions (PMQs); the time when Theresa May goes in front of parliament and tries, generally abysmally, to justify the state of the country and her failure to negotiate Brexit.

But an eagle-eyed Angela Rayner, the shadow education secretary, spotted one area where May never fails to disappoint.

How long have we been in power for?

It's #PMQs coming up and l am just wondering how long it will before the PM blames the last Labour government for every failure this Tory government has made!

And May didn’t take long to deliver. As Rayner tweeted, “I knew she wouldn’t let us down”:

One Twitter user claimed it only took three minutes:

But as others pointed out, the Conservative Party has now been in power for nine years:

Theres a time after which blaming your predecessors for the consequences of your job just looks a bit silly, and its a lot sooner than nine years

Although some were more optimistic:

Perhaps she will stop when we reach 10 years of Tories.

And another social media user suggested we could turn it into a new game:

The only thing she is constant at! Someone should do a #pmqs bingo with all of the usual responses from the Prime Minister. We'll all get a full house every week!

But there is another consistent theme at PMQs. And that’s Tory MPs laughing and jeering as Jeremy Corbyn questions the PM over the levels of poverty and deprivation in the UK. MP Richard Burgon labelled it a “stomach turning spectacle”.

Tory MPs laughing and jeering as Jeremy raises the issue of the necessity of foodbanks for low paid Government staff.

This stomach turning spectacle crystallises the difference between a Labour Party for the many and a Tory Party for the privileged few.
#PMQs

Although Rayner did notice there were fewer Tories present than usual for the weekly debacle:

Tory benches at #PMQs are very sparse, l think the Tory backbench MPs are waiting for the PM to move on 😳 pic.twitter.com/CXidFT8vED

“We have failed society”

Corbyn, meanwhile, was strident in holding May and her government to account, stating:

When the wealth of the richest thousand people in Britain has increased by £50bn in one year, but there is not enough money to properly feed our children or pay workers a decent wage, then we have failed as a society.

He concluded by asking:

When is she and her government going to reverse the tax giveaways to the super-rich and make sure they pay their fair share of taxes? So we can end the scandal – and it is a scandal – of inequality in modern Britain.

When will the scandal of inequality in modern Britain end? #PMQs pic.twitter.com/Ieea6Uu29H

Corbyn is right. This is a “scandal”. And it’s a scandal that means “we have failed as a society”. And we’ll continue failing until we kick out this PM who blames the government of ten years ago for these problems, and her party of MPs who jeer and laugh at poverty.