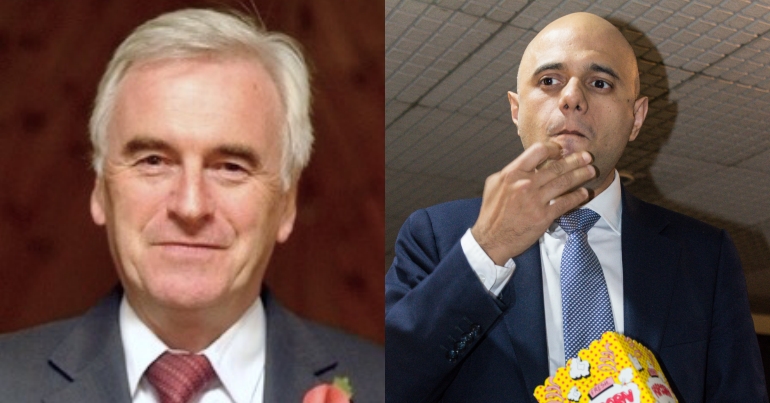 The national living wage could eventually be raised to £10.50 an hour under plans announced by chancellor Sajid Javid. But shadow chancellor John McDonnell called this a “pathetic attempt at catch up” with Labour policies:

Pathetic attempt at catch up by Tories will fool nobody. Labour will introduce £10 as a minimum as soon as we take office and, rising with living costs, it will mean everyone over 16 years old will be earning comfortably more than £10.50 an hour by 2024.

Javid’s proposal – which would see the age threshold lowered to cover all workers over the age of 21 – could possibly lead to a £2.29 rise in the hourly rate. Over the course of the next five years, he said, he was “setting a new target for the national living wage: raising it to match two-thirds of median earnings”. Currently, he said, that could see it reach up to £10.50.

Only workers aged 25 and over are currently able to receive the national living wage, which is set at £8.21. Those 24 and under receive the minimum wage.

As McDonnell argued previously, regarding the government’s recent spending promises:

the Tories have checked what are the top three or four issues in the polls, and they’ve cynically judged how little money they have to throw around to try and neutralise those issues and the concerns of people.

Indeed, a couple of days before Javid’s national living wage “target”, The Canary reported that:

A new report from an independent thinktank has found that Boris Johnson’s “desire to radically overhaul” the tax system will cost us billions of pounds every year. And it will only benefit the very richest people.

And as McDonnell responded:

These proposals… will rip out £10 to £20 billion a year from our already decimated public services… and put those billions into the pockets of the rich.