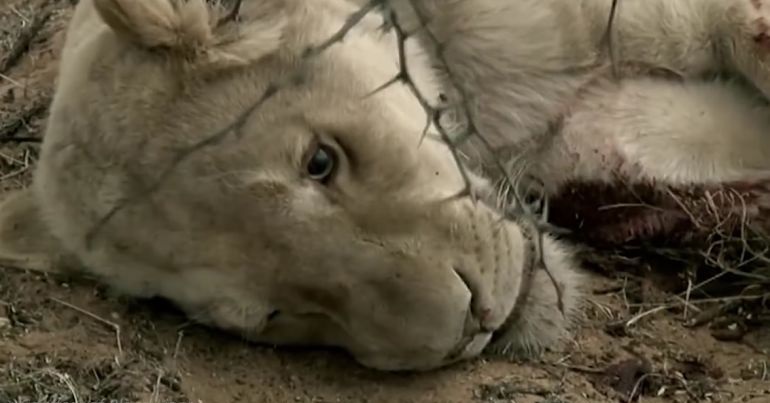 CORRECTION: A previous version of this article was headlined What a pro-trophy hunting open letter failed to mention about its ‘conservationist’ backers. The original article incorrectly stated that Dr Philippe Chardonnet works for Conservation Force. In fact, he provides technical advice in a voluntary capacity as a member of the organisation’s Board of Directors. We’ve corrected the article accordingly and noted Dr Chardonnet’s decades of conservation experience. We’ve also made clearer that only two of the letter’s 133 signatories are linked to Conservation Force. Finally, we’ve removed the suggestion that the letter should have made clear that trophy hunting is disputed within the scientific community. The headline and article were corrected at 12.00pm on 25 September 2019.

We apologise for our mistakes and any distress they may have caused to Dr Chardonnet and the authors of the letter.

An open letter recently appeared in the journal Science. As the Independent reported at the time, in it “133 conservationists and community representatives” claimed trophy hunting has a positive impact on conservation.

One fact was missing from the impassioned call to protect trophy hunting though: an acknowledgement that two of the signatories (you can see the full list of signatories here) are closely linked to a trophy hunting advocacy group.

The world’s wildlife populations, including large animals, are vanishing fast due to human actions. Habitat loss and the climate crisis play a part in their demise. So do poaching and human / wildlife conflict. According to many, including some trophy hunters themselves, trophy hunting – where hunters shoot animals for ‘fun’ – also threatens species.

The open letter, however, argues for continuation of the practice. It states that:

Poorly managed trophy hunting can cause local population declines… but unless better land-use alternatives exist, hunting reforms—which have proved effective… should be prioritized over bans.

It acknowledges that many of the letter’s authors “find trophy hunting repugnant” but also argues that funds from trophy hunting provide income for impoverished communities. And it cites the International Union for Conservation of Nature’s (IUCN) official position on the practice which effectively amounts to ‘trophy hunting can help conservation and communities, if it’s done well’. The letter’s authors argue there’s “compelling evidence” that eliminating trophy hunting would “negatively affect” conservation. They also warn that the international community shouldn’t “undermine” African countries’ right to self-determination. The letter ends by saying:

conservation policy that is not based on science threatens habitat and biodiversity and risks disempowering and impoverishing rural communities.

What the letter doesn’t point out, however, is that two of its 133 signatories – Marco Pani and Philippe Chardonnet – work for or advise Conservation Force. Chardonnet, a wildlife veterinarian with decades of conservation experience, provides technical advice to the organisation as a voluntary member of its Board of Directors.

No organization has served wildlife conservation through hunting or the international hunting community more.

In his CV, Pani says he is a consultant for Conservation Force, and notes he has “excellent knowledge of firearms and ammunitions, bows and falconry”.

The euphemistically-named outfit they are linked to is a major trophy hunting advocacy group. But the letter’s signatories list fails to mention this; it only mentions their roles in IUCN advisory groups. Separately, the presence of such trophy hunting advocates in those IUCN groups is a subject of concern. But to mention only these roles in the open letter ignores the fact that both Chardonnet and Pani are connected to pro-hunting organisations. In that light, the fact they put their names to a letter that endorses hunting is no surprise.

In response to a question about this from The Canary, the letter’s lead author Amy Dickman said:

This letter specifically referred to the position taken by the IUCN and particularly its Sustainable Use and Livelihoods Specialist Group (SULi), so it was appropriate to have multiple signatories from that group, and that was the context in which both Marco Pani and Phillipe Chardonnet signed it… we did not ask people for all the groups they work with and then select one.

Furthermore, these signatories had no influence on the content of the letter beyond being invited to sign as representatives of SULi, so their other affiliations are immaterial. However, given the considerable experience of many signatories, we would absolutely expect people to have engaged (either past or present) with groups across the whole spectrum of wildlife conservation, including photo-tourism, hunting, government agencies, NGOs and others. Rather than undermining their credibility, as is implied, this breadth and depth of experience is the exact reason that they are considered conservation experts by the IUCN and others, and their views on these matters should be considered carefully.

The letter also doesn’t highlight that the Dallas Safari Club values the views on hunting of one of the co-authors, Rosie Cooney, so much that it’s dedicated an entire page of its website to her.

Conservation Force is a US 501(c)(3) public charity with unpaid officers that contributes over one million dollars each year for on the ground conservation in range countries. An independent study documented it was ranked 18th of 290 conservation NGOs in Africa in terms of conservation expenditures on the ground for three successive years. It is a member organization of IUCN, which requires demonstrating contribution to conservation. It is not a club and does not broker or market hunts.

The notion that ‘trophy hunting is good for animals’ is hotly disputed within the scientific community. While some scientists, like the letter’s authors, believe trophy hunting is an important part of conservation, others disagree. After the killing of Cecil the lion in 2015, the researcher who studied him, Brent Stapelkamp concluded:

My personal feeling is lion hunting shouldn’t exist. They’re too rare, they’re too sensitive, and the repercussions felt after that hunt far exceed anything in any other species.

does not protect the natural habitat from habitat loss and poaching… can only finance a small percentage of the sum required for its conservation… does not provide sufficient socio-economic benefits.

The truth is that well managed, non-consumptive wildlife tourism is sufficient for funding and managing conservation… In a 2017 study, residents of Mababe village in Botswana noted that, compared to hunting, which is seasonal, photographic camps were more beneficial to the community because people are employed all year round.

Trophy hunting is not the solution to Africa’s wildlife conservation challenges.

Explorer Ranulph Fiennes and wildlife broadcaster Chris Packham are calling for an end to the ‘sport’ too, on conservation grounds among other things. They signed an open letter in 2018 that said:

Trophy hunting is having a negative impact on wildlife through the loss of significant numbers of healthy individuals that are key to the survival of rapidly declining populations. Unsustainable rates of trophy hunting have caused some populations of Africa’s big cats to decline, while hunting and poaching is outpacing the rate of reproduction of elephants. Trophy hunting is cruel, immoral, archaic and unjustifiable, and can act as a cover for illegal poaching.

And naturally – as the letter does acknowledge – campaign groups, like the Campaign to Ban Trophy Hunting (CBTH), argue against the practice. This is due, in part, to its assessment of the effect of trophy hunting on wildlife populations.

The letter does get one thing spot on, though. It says that trophy hunting is “under pressure”. Anti-hunting campaigns are gaining ground and public opinion is widely against it in Britain, for example. Politicians too are sitting up and listening. On the one hand, this is happening because the vast majority of people have evolved past the idea that killing animals is ‘fun’. Also, people know that many species are at risk of disappearing from the face of the Earth and want action taken to stop that happening.

Most people are surely willing to have real discussions about how to protect the world’s remaining wildlife. And, indeed, the letter’s authors themselves put conservation front and centre in their call for caution on trophy hunting bans. Arguably though, a conversation about how scientists can apply their skills to finding solutions for wildlife depletion that doesn’t involve killing, protects habitats, and benefits local communities would be most welcome of all.

Featured image via YouTube – Humane Society of the United States