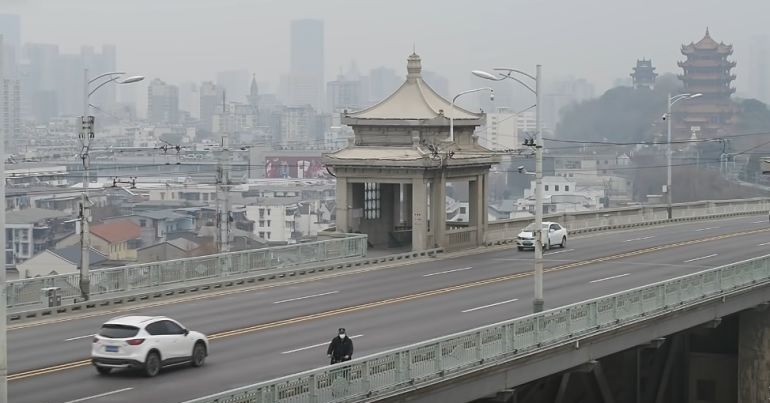 The coronavirus (Covid-19) pandemic started in Wuhan, China. Although China is still investigating the exact origin of the disease, it’s believed it was connected to a live animal market in the city. Now, Wuhan has made a bold and promising move: it has banned people from eating wild animals for five years. The authorities have also introduced new restrictions on hunting and breeding wild animals. And it seems other provinces are trying to reduce the wildlife trade too.

Wuhan’s move is good for humans, if we want to avoid another pandemic. But it’s also good for (other) animals, many of whom are being pushed to the brink of extinction thanks to human actions.

The ban does come with some limits. But it’s a good start.

Traders regularly sell animals at wildlife and live animal markets in a range of countries. They are, however, a dream come true for zoonotic diseases – illnesses that can spread between humans and other animals. As the Born Free Foundation points out:

It also says that the conditions at markets are often unhygienic, with “no consideration for [the animals’] welfare” and that the:

close proximity of lots of animals from different species creates the ideal environment for pathogens to multiply and spread, and potentially mutate into forms that can infect people.

With many people coming into close contact with these other animals at the markets, it’s a recipe for disaster.

Closed for (some) business

The authorities are also ‘prohibiting’ wildlife hunting and ‘controlling’ breeding of wildlife species. Meanwhile, the authorities promise a ‘crackdown’ on the illegal trade in wildlife and to “strengthen” education on the issues of wildlife protection. The ban will be in place for five years.

Following the coronavirus outbreak, the Chinese government temporarily banned the consumption of most wildlife as food too.

The beginning, not the end

There’s more human use of other animals that needs to end, too. Because none of the restrictions so far include the use or consumption of wild animals in medicine – which is big business in countries like China. In fact, in its advice in March on diagnosis and treatment for coronavirus, China’s National Health Commission itself recommended a product with bear bile in it.

Consuming wild animals’ parts in medicine is risky, too. Big cats have reportedly contracted coronavirus. But in so-called traditional medicine, people kill lions and tigers to use in ‘cake‘ and ‘wine’. South Africa is a major player in the trade, with an estimated 200 lion breeding farms which make big money from them at each stage of their tragic lives – including selling their bones. Prof Irvin Modlin of the Yale University Medical School has already raised the alarm about the potential transmission of tuberculosis in lion bones. Given the unknowns surrounding coronavirus and, indeed, future yet unknown zoonotic diseases, consumption of these ‘cakes’ and ‘wine’ is a health hazard waiting to happen.

As Dr Mark Jones, head of policy at Born Free, told The Canary:

A return to business as usual cannot be an option as we emerge from Covid-19. We therefore very much welcome the moves made by the Chinese authorities at national and local levels to ban the trade in and markets for wild animals as food. We also urge those authorities to go much further, by recognising that it’s not just the use of wild animals as food that presents a risk, but also the huge range of other purposes for which animals are traded, including traditional medicines, exotic pets, trophies, fur, ornaments, and as investments, and that those risks exist at all points along the trade chains.

This is not just a Chinese problem, although China has an opportunity to show global leadership in protecting nature and public health, and in transitioning those who currently depend on wild animals for income or sustenance to alternative livelihoods and food sources. We urge the authorities to act accordingly.

Meanwhile, Ape Alliance chair Ian Redmond argued that enforcement of such bans was key. In a statement to The Canary, he said:

The reports of wildlife markets being closed are very welcome – but enforcement of the ban on butchering and eating wild animals will be key. The difference between legal and illegal trade is academic from the point of view of a pathogen – opportunity is all that matters. So if the ban drives the trade underground, the risk remains unless it is accompanied by effective public education and strong enforcement.

Reports have been circulating for years of illegal wild animal shipments to China, riding on the legal trade, and the cruelty involved in breeding and selling wildlife for consumption as food or ‘Traditional Chinese Medicine’, to the consternation of conservationists. This issue takes on a new importance in the light of the Covid-19 pandemic.

In December 2019, for example, China received an illegal import of 32 baby elephants from Zimbabwe. The Convention on the International Trade of Endangered Species of Wild Fauna and Flora (CITES) passed a resolution earlier in the year that banned the removal of African elephants from their natural habitats and ranges. Redmond continued:

Investigations by animal welfare and conservation organisations have previously focussed on the impact of the wildlife trade on wild populations of endangered species, and on the suffering of the individual animals in shipment, training and display in cages and enclosures that do not meet international standards. With the world’s attention being focussed on zoonotic diseases, perhaps at last action will be taken not just to close wildlife wet markets but also to prosecute offenders and close down facilities which bring stressed, unhealthy wild animals into close proximity to keepers, performers and the Chinese public.

A few years ago I visited the Chimelong Safari Park and International Circus in China, and was shocked to see for myself the use of giraffes, monkeys, lions, Pygmy Hippo, peacocks, tigers and bears in front of thousands of people, mostly families with children… in the post-Covid world, there is a public health reason to bring such abuse of animals to an end.

The end, unless we act

Just as important for humankind and other animals is the fact that we’re living through a climate catastrophe. And the loss of biodiversity on Earth is a major part of that crisis. If we keep using, eating, abusing, and killing other animals the way we are now, there’s no way out of this environmental armageddon. In the preservation of the lives of other animals and their ability to live – such as their homes, water and food – lies humanity’s salvation. As Jones told The Canary:

The Covid-19 pandemic has exposed the consequences of our destructive and exploitative relationship with nature and wildlife, and the dangers of exposing wild animals to stress and poor welfare conditions, to the public and policy makers across the world. Without transformative changes to restore the natural world and reduce our exploitation and mistreatment of wild animals, future zoonotic pandemics are inevitable.

So on two critical existential levels – pandemics and the climate crisis – Wuhan, Hunan, and Jiangxi’s actions are a good first step. But they certainly shouldn’t be the last.