After mass casualties in 2020, Botswana is hit with a new bout of mysterious elephant deaths - Canary 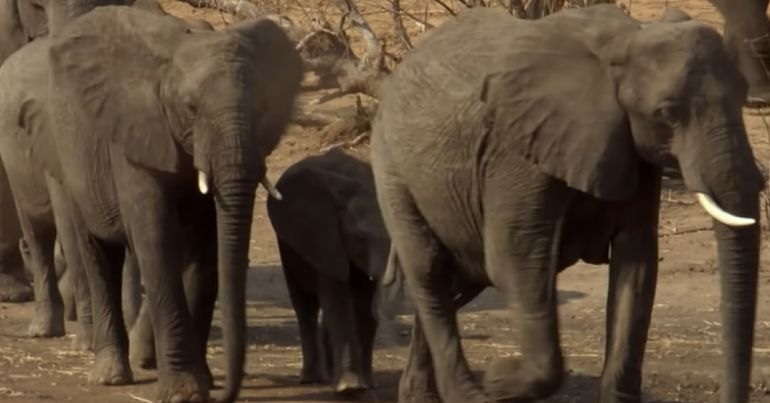 Hundreds of elephants in Botswana dropped dead, quite literally, in 2020. Following a highly criticised investigation into the mass mortality event, the government announced that water-based toxins caused the deaths.

Now at least a further five mysterious elephant deaths have occurred. There are some similarities between the fatalities in 2020 and 2021. But there are also some clear differences. These new deaths will undoubtedly raise further questions about Botswana’s previous conclusion.

As The Canary previously reported, wildlife authorities announced the mysterious dying off of the country’s elephants in May 2020, although the deaths appear to have started in March. Heart-wrenching images of elephants lying face down in the dirt, as if they just suddenly keeled over, circulated at the time.

As the Inter Press Service (IPS) news agency reported, the government faced accusations that its investigation into the tragedy was “slow, botched and untransparent”. Nonetheless, the Botswanan authorities confidently asserted in September 2020 that “a toxin caused by cyanobacteria” in water sources bore responsibility for the elephants’ deaths.

However, principal veterinary officer for the Department of Wildlife and National Parks Mmadi Reuben said questions remained about why the toxin only affected elephants who drank from the allegedly contaminated water sources and not other species.

Cyanobacteria are microbes that are found in water and sometimes soil. There are thousands of species, some of which can be toxic.

As conservation biologist and environmental consultant Keith Lindsay highlighted on 25 January, a further bout of mysterious deaths has now come to light. Reports say at least five dead elephants have been discovered in the Moremi Game Reserve in the Okavango Delta.

There are clear similarities with the 2020 deaths. Some of the elephants appeared to have “collapsed directly onto their sternums”, as was the case with a number of the earlier deaths. The elephants were apparently of varied ages and had their tusks intact. Like in 2020, that suggests there’s not a clear age-related cause, nor are they likely victims of poaching.

As Lindsay noted in the African Elephant Journal, there are also some very clear differences in the circumstances of the deaths:

The earlier deaths occurred mainly in an area of dry mopane woodland, in some cases near localised waterholes during a period of drought conditions, but the current area is some 60+ km to south, in the heart of the watery Okavango Delta. The wet season is also well underway, with regular rainstorms generating lush vegetation in an already well-watered wetland region.

In short, the authorities’ conclusions on the cause of the 2020 deaths fit with the fact that the area the affected elephants were in was dry and, to a certain extent, had limited stagnant water sources. But the recent deaths have occurred, according to Lindsay, in a wetter area with an abundance of more running water sources. So the environmental conditions present in these newer deaths make cyanobacteria an unlikely culprit.

As Reuben himself noted, there’s an obvious flaw in the official theory for the 2020 deaths – aside from the fact it hasn’t been confirmed. Namely that the toxin only affected elephants, not other species that could have also drunk from the supposedly toxin-filled water sources. As such, academics have considered other causes.

Some looked into whether a viral or bacterial infection could be to blame. Others discussed the fact that a number of factors could have contributed to the situation. The affected elephants couldn’t, for example, easily disperse. In the area of Botswana where they were located, they faced ‘veterinary fences’ or border fences on three sides and a “relatively deep and wide channel of water that forms the Panhandle of the Okavango Delta” on the fourth. Although these aren’t hard, fast borders it does mean the elephants there are relatively contained. So restriction of their movements by these barriers, i.e. their reduced ability to escape any threat, could have contributed to their fates.

In short, questions still remain regarding the Botswanan government’s conclusions about the elephants’ deaths in 2020. Meanwhile, as Lindsay says, it is “too early to speculate about the cause of the current deaths”. One thing, however, is certain. The government must do a quicker, more transparent, and better job of investigating this time around. Because Botswana and the wider Kavango–Zambezi Transfrontier Conservation Area, where all the deaths have occurred, are home to vast amounts of the remaining savannah elephants.

The populations of elephants there are of vital importance for the future of the species. So, as academics say, we must not allow our fondness for “simple answers to interfere with reasoned analysis and discussing the broader significance”.