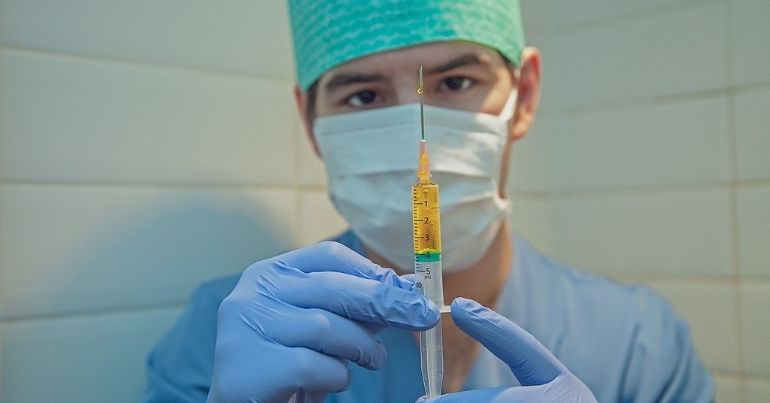 A row between the EU and the pharmaceutical multinational AstraZeneca (AZ) threatens thousands more people’s lives from coronavirus (Covid-19). It’s also provided an opportunity for politicians to attack the Irish Protocol, which helps ensure the Good Friday Agreement can’t be jeopardised by Brexit.

The contract between the EU and AZ is being interpreted differently by each side. In August 2020, the European Commission (EC) stated that its Advance Purchase Agreement with AZ meant that:

all Member States will be able to purchase 300 million doses of the AstraZeneca vaccine, with an option for further 100 million doses, to be distributed on a population-based pro-rata basis.

However, earlier this month AZ announced it intended to cut deliveries of the vaccine in the EU. Instead of the initial order of 80m doses, it would deliver 31m by the end of March.

Basis of the row

According to the Guardian, AZ blames the shortage of its vaccine on “production problems” at its Belgian facility. But it reportedly argues that, in any case, it’s “contractually obliged” to meet UK demands first. Indeed, while referring in the same breath to “our friends in Europe”, UK cabinet minister Michael Gove clarified that: “the really important thing is to make sure our own vaccination programme proceeds precisely as planned”. Moreover, EU officials suspect that the AZ vaccines produced in Belgium are, contrary to EU expectations, being exported to the UK.

It’s not a commitment we have to Europe: it’s a best effort, we said we are going to make our best effort. The reason why we said that is because Europe at the time wanted to be supplied more or less at the same time as the UK, even though the contract was signed three months later.

As soon as we can, we’ll help the EU. I mean, as a company we are half Swedish and half British. In fact, we’re global, of course, but we are European as much as we are British.

As for the Pfizer vaccine, according to Huffington Post the UK will get the 40m doses it’s ordered “by the end of the year”. It’s also claimed that so far the company has delivered five million of those doses. But given the row between AZ and the EU, the question arises as to whether Pfizer can now fulfil the UK’s order.

The problem, of course, is all about getting enough of the vaccines manufactured and delivered to help stem the pandemic. Shortages will undoubtedly impact the UK and EU vaccine programmes, and therefore directly affect people’s health and lives. Already some EU countries have had to pause or suspend their vaccination programmes because of shortages.

It appears Brussels now intends to compensate for AZ’s delivery problems by limiting the export of the Pfizer vaccine, which is manufactured within the EU. Now the British Medical Association has warned that the second Pfizer vaccine dose may not happen at all, if there’s a 12-week wait between doses.

Or as the Guardian bluntly puts it:

Should the UK become reliant on home-produced vaccines, securing herd immunity through the vaccination of 75% of the population could be delayed by nearly two months from 14 July to 1 September putting thousands of lives in danger

The EU-UK row also threatened a ‘frictionless’ Irish border and potentially the Irish Protocol. That’s because the European Commission (EC) invoked Article 16 of the protocol, as part of its plan to safeguard vaccines leaving the EU. However, after phone calls from the Irish taoiseach Micheal Martin and condemnation from Belfast and London, the EC back-tracked on that threat – though perhaps not entirely:

Should transits of vaccines and active substances toward third countries to be abused to circumvent the effects of the authorisation system, the EU will consider… using all the instruments at its disposal.

But the damage may have been done. Referring to invoking Article 16 by the EU, Sinn Féin’s Michelle O’Neill, Northern Ireland’s deputy first minister, commented:

This unilateral action was clearly unwise, ill-judged and totally unnecessary. I welcome the fact the decision has now been reversed.

They [the EC] were prepared, and they still are, to reserve the position that they will in the future if necessary, invoke Article 16 in order to create a hard border in the island of Ireland, for vaccines to help people get through a pandemic.

Yet equally hostile was UK prime minister Boris Johnson’s threat to invoke the same article only weeks ago:

Meanwhile, concerns remain about the efficacy of vaccines if a second dose is delayed beyond what’s recommended:

GPs have come together to stand up for NHS staff and advocate for their patients on vaccines. Today we have written to @MattHancock for a third time to raise concerns in the strongest terms about delaying a second dose of the vaccine to 12 weeks. https://t.co/3vR8Y16lVb pic.twitter.com/beUbbUEjng

An article in the British Medical Journal argues that in relation to the AZ vaccine and the timing of the second dose, more trials are needed. The authors recommend that the second dose continue to be given at 21 days. At least until the data on which the Joint Committee on Vaccination and Immunisation (JCVI) based its decision to delay second doses is made “publically available for independent scientific review”.

In other developments, a Phase 3 UK study concluded that another coronavirus vaccine – Novavax, manufactured in the US – has 89.3% efficacy. Once the vaccine has UK regulatory approval, manufacture will take place in Teeside. Importantly, it’s claimed Novavax is effective against the variant which originated in Kent [N501Y].

A non-peer reviewed study indicated that the Pfizer vaccine also appears to provide protection from the Kent variant and other mutations, though further studies are needed. There are claims too that the Moderna vaccine offers protection against the Kent variant, as well as the South African variant. And scientists at Oxford are intending to design a new version of the vaccine manufactured by AZ that will combat these variants.

What’s more and more apparent is that if we’re going to defeat the pandemic in our increasingly inter-connected world, vaccine nationalism is the last thing any of us needs.
Featured image via Pixabay / Dimhou/362 Images