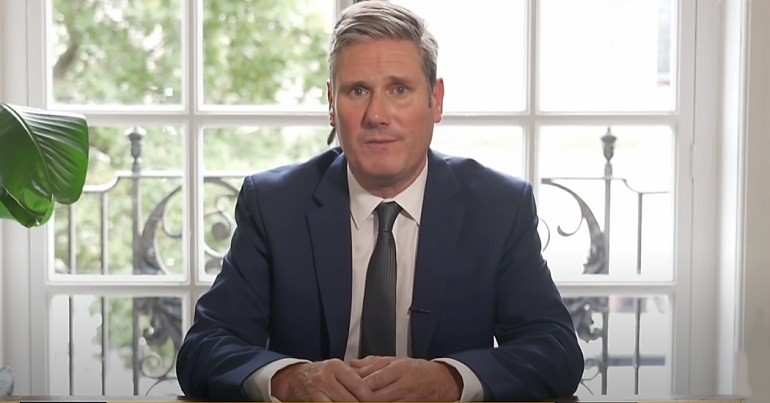 Keir Starmer never seems to miss a chance to ape the Conservative Party. And Sunday 31 January was no exception to this.

The Labour leader has written an article (don’t click the link!) for the Mail on Sunday. It’s about the reopening of schools amid the coronavirus (Covid-19) pandemic. Needless to say, it does little more than pander to the right. OK, so Starmer probably didn’t write the headline. But it’s typical Mail, flag-waving dross:

What “spirit” might that be? Britain invading 171 countries during its history? Or our systemic racism, epitomised by the slave trade? Whatever “spirit” the Mail and Starmer want us to “harness”, it sounds like it involves a stiff-upper lip. Because the Labour leader is adamant schools need to reopen.

I have offered to work with the Prime Minister on this, including calling for the opening of ‘Nightingale-style classrooms’, and I renew that commitment today.

I believe we can take a further step towards reopening our schools by getting our teachers and school staff vaccinated as soon as possible, as The Mail on Sunday has called for.

Starmer thinks that vaccinating teachers is the key. He wants the government to roll out the jab to them during February half term and doesn’t think this needs to be at the expense of other groups. He thinks the government can vaccinate both teachers and other people. And he made a point of saying that the Tories’ vaccine roll-out had been a “national success story”. But that’s it. That’s Starmer’s grand plan for reopening schools.

Now, contrast this with what a teacher’s union is saying.

The National Education Union (NEU) has devised a three part plan. This is, it says, to reopen schools safely. But the plan is also to “build a better education system” in the wake of the pandemic. The NEU highlights three areas of focus:

It too thinks the Tories should roll out the vaccine to teachers. But the NEU goes far further than Starmer does and has included other ideas to support students. These include:

Oh, and they want to “end child poverty“. Note how Starmer failed to mention poverty once in his Mail article. So it seems the Labour leader also failed to even bother to consult the NEU at all.

It’s a damning situation when a Labour leader repeatedly writes for one of the most vile tabloids in the UK. Starmer doesn’t have to write in the Mail to try and change its readers’ minds. Instead, he could start organising his party in communities where the right wing is dominant.

But moreover, this constant arse-licking of, and agreeing with, the Tories will get him nowhere. Because if and when the fall-out from the government’s deadly handling of the pandemic comes, Labour will be just as much implicated as the Tories. What a complete mess.