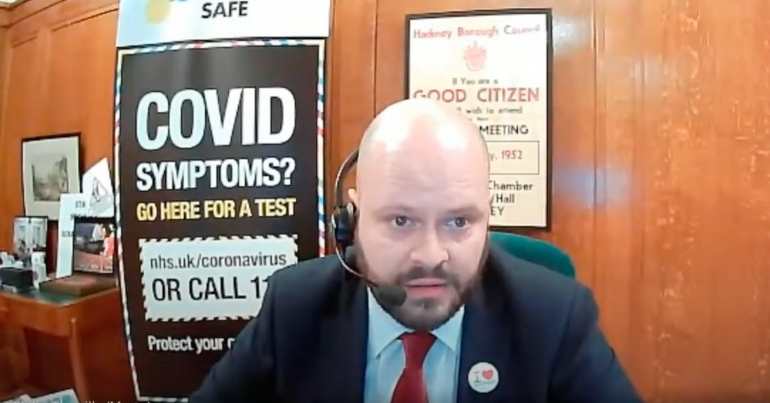 On 27 January, Hackney council held a debate to discuss the future of Sistah Space. It’s a charity that works with Black women and girls who’re at risk of, or have experienced, domestic or sexual abuse. Most councillors voted against the charity’s request for the council to provide suitable, affordable premises.

Sistah Space founder Ngozi Fulani brought a petition to a remote Hackney council meeting, asking councillors to provide suitable premises for the charity. The petition is supported by Hackney’s Green Party, Liberal Democrats, and Women’s Equality Party. And it calls for the council to provide a minimum five year lease for new premises, or provide a voluntary and community sector (VCS) building at charity rate for Sistah Space.

This was following another petition, with over 25k signatures, asking the council to provide a suitable space for the charity. There was a temporary agreement that the council would provide premises for the charity which expired on 17 January. In his response to the petition, Hackney mayor Philip Glanville highlighted this agreement, saying “Sistah Space has not been evicted. They agreed to leave on that date and they have done so”.

Fulani began by saying that the council has held Sistah Space “in high esteem” for its work, having received Hackney’s citizens award. She continued:

We provide a service that you can’t or won’t. And instead of using us as a resource, because we’re the experts on us, you fight us with every corporate tool at your disposal, spending thousands on legal fees… We’re a very small charity, and our only crime, it seems, was asking for safety.

Fulani asked councillors to remember Valerie Forde and her baby who were violently killed by Forde’s ex-partner in Hackney. She added that the charity’s client base has increased by 500% over the course of the coronavirus (Covid-19) pandemic.

Hackney councillors, will you please provide proof to us that to you, Black lives do matter.

Many councillors praised Sistah Space’s important work, and others expressed their desire to continue working with the charity, but most voted against the petition. According to the mayor, none of the council’s VCS buildings meet the specifications set out in Sistah Space’s petition. He argued that the charity is asking the council for a space which “simply does not exist”.

Councillors Sade Etti and Sophie Conway highlighted their experiences as survivors of domestic abuse. Highlighting that one in three women will have experienced domestic abuse in their lifetime, Conway said:

The work that Sistah Space does resonates with me. … I sincerely hope that they will secure a suitable space within the borough so that they can continue their invaluable work.

In his response to the petition, Glanville said:

This petition sets out that Sistah Space would like us to hand over a property to them. An action that would not only be in breach of our own VCS policy, but be unfair to other charities that follow fair and transparent policy and bid for spaces.

I hope we can move on and continue to fight against both racism and that terrible scourge of domestic violence and abuse. Sadly, we cannot do so in the way set out in the petition.

The fight for a safe space continues

The charity organisers are disappointed by this outcome. The Save Sistah Space campaign to help the charity secure suitable, affordable premises is ongoing.