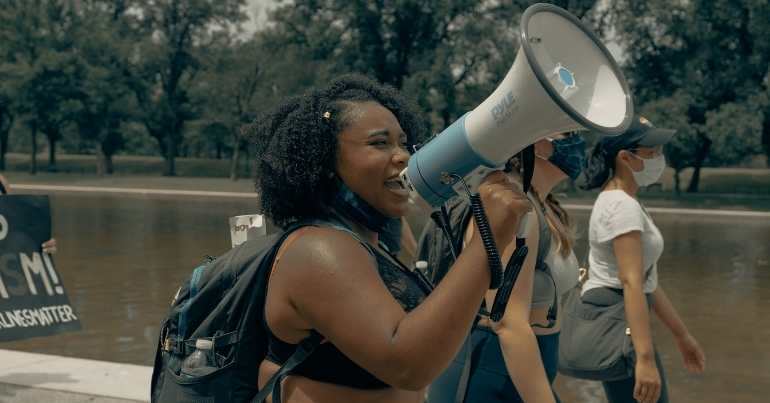 The Black Lives Matter movement has been nominated for a Nobel Peace Prize. MP Petter Eide of Norway’s Socialist Left party nominated the movement for its contributions to raising awareness about racial justice issues across the globe. While the movement has been active since 2013, it regained momentum and worldwide recognition following the police killing of George Floyd in 2020.

We hold the largest social movement in global history. Today, we have been nominated for the Nobel Peace Prize. People are waking up to our global call: for racial justice and an end to economic injustice, environmental racism, and white supremacy. We're only getting started ✊🏾 pic.twitter.com/xjestPNFzC

Thank you to all in our #BelovedCommunity who #DoTheWork. Thank you Creator & Ancestors for Divine guidance. May our work be an offering to our the Spirits of those on whose behalf we struggle. #BlackLivesMatter was nominated for a Nobel Peace Prize. https://t.co/XLPuE8Wfbx

Many people took to Twitter to express their happiness for the movement’s nomination:

Black Lives Matter movement nominated for 2021 Nobel peace prize 👏🏾👏🏾
Brilliant news that recognition is being given to BLM for galvanising global support for equality and fighting against increasing racism across the world ✊🏿 #BlackLivesMatter https://t.co/v4pXzxn4JO

What is more important than fighting for equality, and the sanctity of exploited lives?

BLM’s nomination for the Nobel Peace Prize is exactly the kind of energy we need more of.

To have Black Lives Matter win the Nobel Peace Prize would be so incredibly awesome.

Others took the opportunity to highlight Alicia Garza, Patrisse Cullors, and Opal Tometi, the three Black women who founded the movement in 2013, following the acquittal of George Zimmerman who shot and killed Trayvon Martin in 2012:

🤷🏿‍♂️ Nominating "Black Lives Matter" for the Nobel peace prize, is as silly as nominating "The entire state of Kansas," or "the whole industry of cabinet making."

The movement was started by 3 Black women. Nominate *them*.

Despite the harmful narrative pushed by reactionary right-wing commentators, 93% of Black Lives Matter demonstrations “involved no serious harm to people or property”. Some Twitter users reminded those opposing the movement’s nomination of the backlash against Martin Luther King Jr.’s 1964 Nobel Peace Prize win:

Yeah, the right was pissed when MLK won the Nobel Peace Prize too

MLK won the Nobel Peace Prize in 1964. Anyone who's angry BLM has been nominated for this year's Nobel Peace Prize doesn't know their history and is probably on the wrong side of it. pic.twitter.com/ZvyqHPriZW

In his nomination statement, Eide states:

Awarding the Peace Prize to Black Lives Matter, as the strongest global force against racial injustice, will send a powerful message that peace is founded on equality, solidarity and human rights, and that all countries must respect those basic principles.