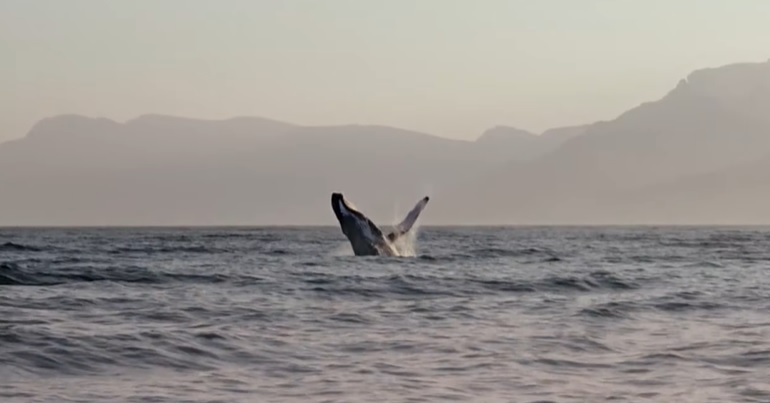 The UK government is spending over £23m of taxpayers’ money on expanding its naval base at Duqm port in Oman. As the investigative media outlet Declassified UK reported on 3 June, the expansion could have a “large adverse” impact on an endangered whale population.

The UK is also hosting the G7 summit from the 11 to 13 June. The government says one of its policy priorities for the summit is “tackling climate change and preserving the planet’s biodiversity”. The UK’s actions in Oman, however, are threatening ocean biodiversity and its ability to tackle the climate crisis. So too are the actions of other G7 countries in areas of the ocean.

“Failing in its most basic responsibilities to nature”

Declassified UK reported that it had asked the Ministry of Defence (MoD) for the environmental impact assessments it had undertaken for the base. As the outlet pointed out, the base appears to have been operational since at least 2018, with the £23.8m cash injection for expansion announced in September 2020.

It took the MoD six months to answer Declassified UK‘s request. In January this year, the ministry confirmed it had not yet carried out an environmental impact assessment. It’s international security directorate said the ministry would conduct these assessments “as the bases developed”, Declassified UK reported. Green Party peer Natalie Bennett commented:

We hear endlessly from this government that it is ‘world-leading’ on environmental issues, yet once again on a crucial issue for a keystone species it is trailing behind others, failing in its most basic responsibilities to nature.

Other studies have assessed the situation for Arabian Sea humpback whales. One 2016 analysis by the US National Oceanic and Atmospheric Administration (NOAA), for example, highlighted that the population is “in the ‘at high risk of extinction’ category'”. Unlike many other whales, they don’t migrate and live in a “relatively constrained geographic location” that ranges from the coastal waters of Yemen and Oman to Iran, Pakistan, and India. The International Union for Conservation of Nature (IUCN) says that the whale’s population numbers less than 100 in the coastal waters of Oman.

A 2017 study carried out in relation to an oil refinery at the port, meanwhile, asserted that further construction there would harm the ocean’s wildlife. As Declassified UK reported:

The consultants found there was a “large adverse” risk to the whales from “ship strikes, underwater noise and changes in prey distribution and abundance arising from disturbance and dispersion of sediments during dredging”.

The outlet also noted that the port says “it has put measures in place to protect marine life, such as a speed limit”.

A video by the Environment Society of Oman says that the country’s coastline is home to “20 species of whales and dolphins, and also four species of turtles”.

There are similar extinction worries for whales living in waters around other G7 countries, such as North Atlantic right whales. These critically endangered whales numbered less than 250 mature individuals as of 2018. They live mainly in the eastern coastal waters off the US and Canada. As the New York Times recently reported, these whales regularly get entangled in fishing gear or hit by ships and a new study suggests this may be “stunting their growth”. The analysis found that the whales’ body length is currently around 7% shorter than in 1981, based on an evaluation of 129 whales in comparison to earlier generations. As the outlet highlighted, this is “reducing their chances of reproductive success and increasing their chances of dying”.

On the other side of the US, meanwhile, the critically endangered population of beluga whales who live in Alaska’s Cook Inlet are in serious decline. An article in Anchorage Daily News argued that “climate change, prey availability, coastal development and pollution” are potentially contributing to their demise. On pollution specifically, the outlet explained that Alaska issues permits:

that allow the dumping of billions of gallons of toxic substances into the inlet, where critical habitat has been designated for belugas. It’s the only coastal water body in the country where a loophole allows oil and gas companies to dump toxic waste.

Japan, another G7 country, controversially resumed commercial whale hunting in 2019. There is an international ban on whaling, which is observed by most countries other than Norway, Iceland, the US, the Faroe Islands, and Japan.

“Worth thousands of trees”

Whales are critical to the planet’s health and an essential ally to humans in their fight against the climate crisis. They are a keystone species. That means they support the ecosystem they exist in and if they vanish ecological systems can collapse because so many other species are dependent on them. Those ecosystems in turn prop up the wider climatic stability of the Earth.

Furthermore, whales can play an immense role in capturing and storing (sequestering) carbon dioxide (CO2). CO2 emissions, mostly created by the burning of fossil fuels, are the main driving force behind global warming. As an International Monetary Fund (IMF) article pointed out, great whales sequester an average 33 tons of CO2 in their bodies during their lifetime (all living things are made of carbon). Their activities also impact other aquatic life-forms in ways that can massively increase the ocean’s ability to sequester carbon. As the IMF article explains, this means that:

When it comes to saving the planet, one whale is worth thousands of trees

Most of the issues whales currently face are within governments’ power to change or mitigate. By saving whales, governments would in turn also be greatly bolstering their efforts to tackle the climate crisis and restore ecological equilibrium.

If the world’s governments wholeheartedly started factoring in and prioritising potential ecological impacts in their policy-making, such cyclical and mutually beneficial outcomes would be possible. That’s the sort of holistic policy priorities that global political leaders, like those assembling for the G7 summit, should have on their agenda.