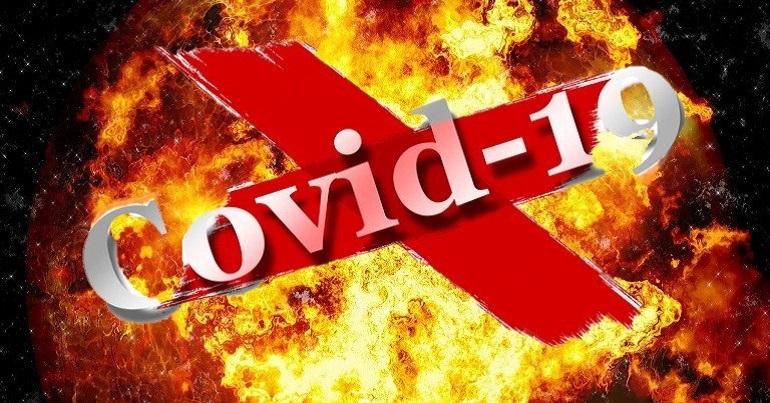 The group of leading scientists known as Independent SAGE has issued an emergency statement via its weekly video briefing. The statement doesn’t hold back and advises that the final stage of the UK government’s roadmap to ease coronavirus (Covid-19) restrictions should not proceed.

A pivotal moment for the Johnson government looms.

The Indie SAGE emergency statement was issued by University College London virologist professor Deenan Pillay. It said that Indie SAGE “strongly advises” the UK government not to progress with its final stage of the pandemic roadmap, commencing 21 June.

With regard to the Delta (Indian) variant, Indie SAGE warned that it’s spreading widely across England. It states:

We are currently witnessing a rapid increase in COVID-19 cases in England. Public Health England figures released on 3rd June suggest that the Delta variant has spread widely across the UK and is continuing to spread, that it has higher infectivity than the previous circulating variant, and that it is more likely to cause disease and hospitalization.

There is increasing evidence that vaccine efficacy is compromised against this variant, and that individuals remain at particular risk until they receive two doses. There is some evidence that protection from two doses wanes after a number of months, particularly in the elderly. Meanwhile, cases are surging in school aged children, and spreading into the community, particularly amongst those yet to be fully vaccinated. It is clear that the link between infection and hospitalization has not yet been fully broken.

As things stand, it is very difficult to justify progressing with the last stage of the roadmap.

Instead it makes a number of recommendations:

Pillay also told the Guardian that:

There should be no laxity of protective measures like social distancing and the rest of it. Infections are rising and it’s essential people know the risks

Indie SAGE also issued a summary table of the variants. It includes effectiveness figures for the Pfizer and AstraZeneca vaccines in relation to the Delta variant: 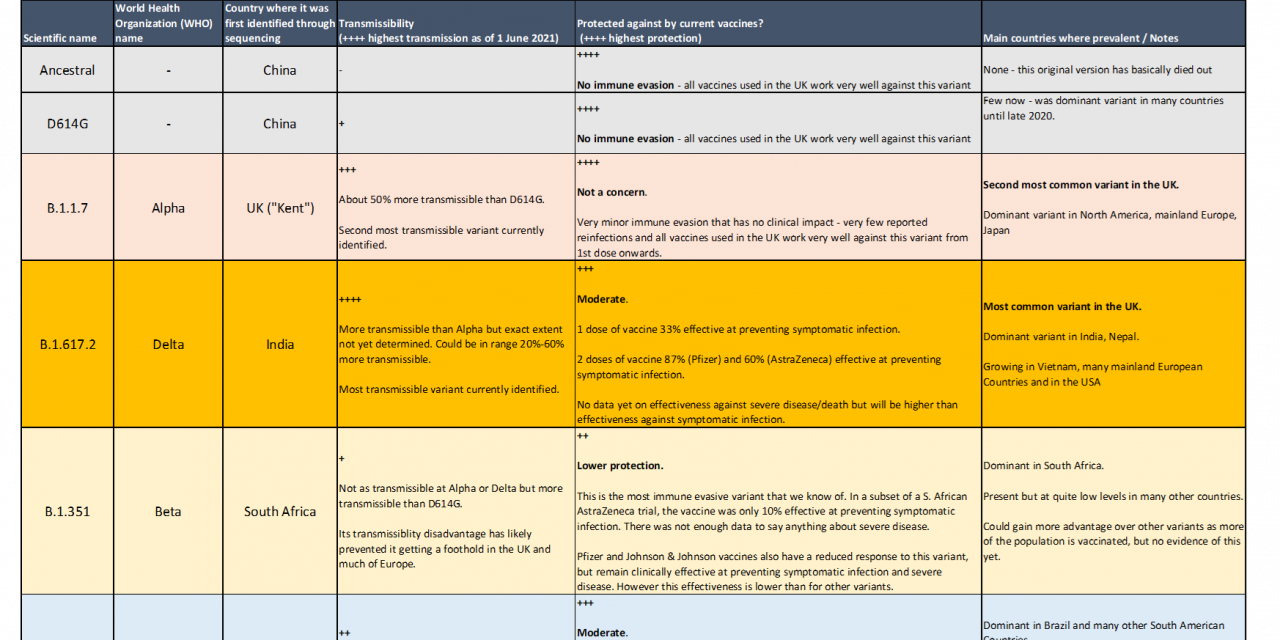 The news is mixed.

73% of Delta cases are in unvaccinated people

Only 3.7% Delta cases are in people who’ve had both doses pic.twitter.com/zg6Yji76tr

Data also shows there have been more than twice as many outbreaks of the Delta variant in schools than in workplaces:

It’s increased weekly, and Delta makes up for about half of known schools outbreaks in the most recent week pic.twitter.com/HaQNH7Nhqb

Blood on his hands

As for the government’s own risk assessment on the Delta variant, a number of concerns are highlighted:

Delta is predominant and all analyses find that it has a very substantial growth advantage. The observed high growth rate is most likely to be due to a combination of place based context, transmissibility and immune escape.

In other words, the high growth in the variant is likely due to local conditions, rate of transmission, and levels of vaccination.

At the beginning of the Indie SAGE video, professor Alice Roberts warns we may now have entered a third wave of the pandemic. Indeed, professor Martin McKee of the London School of Hygiene and Tropical Medicine told the Guardian on 30 May:

Unless there is a miracle, opening up further in June is a huge risk. The rise in cases we are seeing now should cause a reassessment of the most recent relaxation.

UK prime minister Boris Johnson already has blood on his hands. So, to avoid thousands more deaths from the virus he must learn from his government’s past mistakes. And this time, relying on a mass vaccination programme as a ‘get out of jail’ card may not suffice.