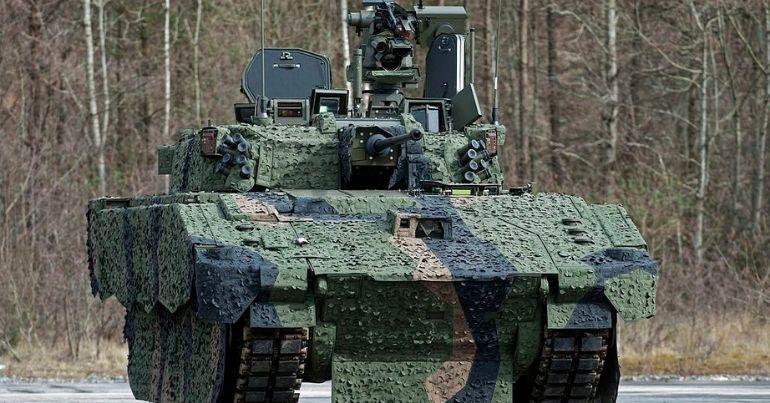 The British Army’s £3.5bn fleet of Ajax tanks could cause tinnitus and joint problems for soldiers inside them. Despite the warnings carried in a leaked report, the MOD still says the new vehicles will be delivered and on time.

That leaked report is from the Infrastructure and Projects Authority (IPA). And the IPA believes the Ajax won’t be delivered on schedule.

Ajax is meant to replace the army’s ageing tank fleet, but the leaked assessment says the new vehicle faces multiple issues. These include:

Yet the MOD insists the vehicle will be delivered into service on time. Ajax is expected to enter service fully in 2024. This is despite the issues detailed in the leak forcing a six week pause to trials in 2021. Since the Ajax project began in 2010, development issues also caused an 18-month delay.

Defence procurement has long been a problem for the UK. In April this year The Canary reported that less than half of the combat jets on new aircraft carriers were British. The others are American.

The F-35 jets themselves were plagued with problems. In 2021, the US media claimed that the Pentagon’s own in-house report warned that the aircraft still had 871 existing problems. However, it’s hard to know what these are because the Pentagon hasn’t released the report yet.

Britain’s equipment problems have many causes. One of these is what one former army officer described in 2020 as “exceptionalism”.

This egregious state of affairs is exacerbated by what defence analysis Francis Tusa has labelled “British exceptionalism”, sometimes described less kindly as “not invented here syndrome”

He described this as an:

institutionalised resistance in the equipment procurement system to anything that does not originate within the UK or from UK initiatives, which is surprising given that the British armed services are awash with weapons systems sourced from abroad. The “exceptionalism” bit kicks in when, even when accepting another country’s AFV, for example, as being the best fit for the requirement, there is insistence on a multitude of changes to make it “ours”.

As the Guardian points out:

The US firm General Dynamics made Ajax and Lockheed Martin made the F-35. Both US companies. So once again the main beneficiaries of the UK’s military equipment programmes are big global arms firms.