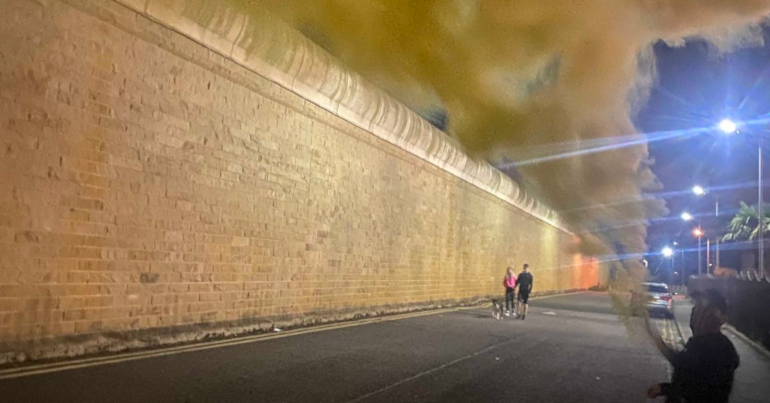 A demonstration was held in solidarity with prisoners at HMP Wakefield on Saturday 11 September. The prisoners in the Segregation Unit can be heard chanting “Black Lives Matter”, and then the crowd begins chanting the same slogan:

Racist treatment continues: torture on top of a regime of torture.

But today the officers seemed a little more hesitant to harass Black prisoners.

Campaigners say the prisoners’ chants were coming from HMP Wakefield’s Segregation Unit, commonly know as ‘the Seg’. Last week The Canary reported allegations that Muslim prisoners in HMP Wakefield’s Segregation Unit – as well as at HMP Long Lartin – were being subjected to abuse and denied basic necessities. A statement from Community Action on Prison Expansion (CAPE) alleged:

One man is on 7 man unlock. This means 7 officers with shields enter each time his cell is opened and he is required to stand at the back of his cell in a certain position, or be attacked by 7 armed officers.

Others are being denied the most basic necessities. Someone has been denied hot water and blankets, and hasn’t been allowed to leave his cell to use the shower or exercise. He has not been seen outside his cell for a month.

Someone else was refused his right to a shower and exercise because there was a female officer on the wing. However other prisoners reported there were in fact 6 male officers on the wing

When officers are challenged they retaliate with nickings [allegations of breaking prison rules]. One person’s access to his money has been cut off – the only way he is able to purchase edible food and phone credit to maintain contact with his support network.

All of these prisoners are practicing Muslims.

Muslim prisoners are subjected to systemic violence within the prison system. Just this year, The Canary has reported several alleged racist attacks on Muslim prisoners – coupled with the mistreatment and abuse of another – at HMP Full Sutton and Long Lartin. CAPE allege that one individual prison officer has carried out three attacks on Black prisoners who are practising Muslims at HMP Long Lartin over the past nine months.

The demonstration on 11 September was in protest at these conditions, and in solidarity with those incarcerated at HMP Wakefield. One prisoner at HMP Wakefield – who preferred to remain anonymous – told campaigners:

It has really uplifted everyone. We are really proud of the demonstration and very happy about it. We had a great time!

We need more people to get in contact and get involved.

Response from the Ministry of Justice

Throughout 2021, The Canary has reported on allegations of racism at UK prisons. The response from the Ministry of Justice (MOJ) has always been a flat, outright denial.

Last week, we asked the MOJ Press Office to comment on the specific allegations of Islamophobia at HMP Wakefield. At the time a Prison Service spokesperson said:

We informed the MOJ that we were writing this story, but they told us the press office would make no further comment on the allegations of Islamophobia and racism.

The MOJ has consistently chosen to outright deny allegations of racism and violence by prison officers, rather than engaging with the details of any of the allegations being made by prisoners. This culture of denial shows an inherent disregard for the lived experience of prisoners.

Effective organising on both sides of the walls

Saturday’s demonstration is an example of how incarcerated and non-incarcerated people can work together to fight the systemic racism and violence of the prison system. The MOJ’s wall of silence over campaigners’ allegations illustrates the way that the carceral system relies on keeping the public in the dark over what’s going on in UK prisons. But, our solidarity and our organising can find ways to bypass their walls and challenge the oppression of the prison system.