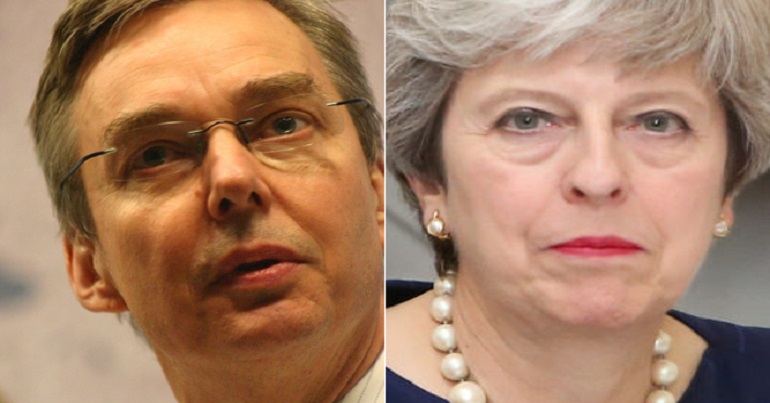 A former senior climate change official in the Coalition government has broken rank over fracking. He didn’t mince his words, accusing the government of wanting to ‘have its cake and eat it’ when it came to climate change and the fracking industry.

“Choices inflicted upon us”

John Ashton CBE was a diplomat for decades, most recently being the Foreign and Commonwealth Office’s special representative on climate change until 2012. But speaking at an anti-fracking ‘vigil’ on Monday 26 February in Lancashire, he made overarching criticisms of both the Conservative government and oil and gas companies, in relation to fracking.

Ashton said that demonstrations and vigils held by residents at Cuadrilla’s Preston New Road fracking site were to “defend our country”. This is because, Ashton said, it is about asking ourselves:

He went on to accuse the government and fracking companies of peddling “lies” about the industry, its affect on the environment, and the people who object to it. But he also took direct aim at the government, saying:

Preston New Road, near the village of Little Plumpton, is at the centre of a row over fracking. Cuadrilla has permission to frack the site. But local people are against the company’s plans. And they have stepped up their protests since January 2017.

The government gave the go-ahead for Cuadrilla to frack there – reportedly the first site of its kind in the UK – in 2016. The company officially began work on 5 January last year. Ever since, protesters have been at the site.

The government’s decision to let Cuadrilla frack has been controversial. Lancashire County Council originally refused the company’s application to frack the site. Then, communities secretary Sajid Javid stepped in back in October 2016 and gave the company permission. And since Javid’s decision, Cuadrilla has been dogged by numerous scandals. These include:

Are the Tories for turning?

Campaigners’ concerns about fracking are over-arching. They range from polluted drinking water and earthquakes, to its contribution to greenhouse gas emissions. But the intervention of a former diplomat with such an illustrious career should not be understated. Ashton believes, with a hint of sarcasm, that:

If Ashton is right, and campaigners keep up the pressure, we could very soon witness one of the greatest victories for the environment and the public that we’ve seen for a very long time.