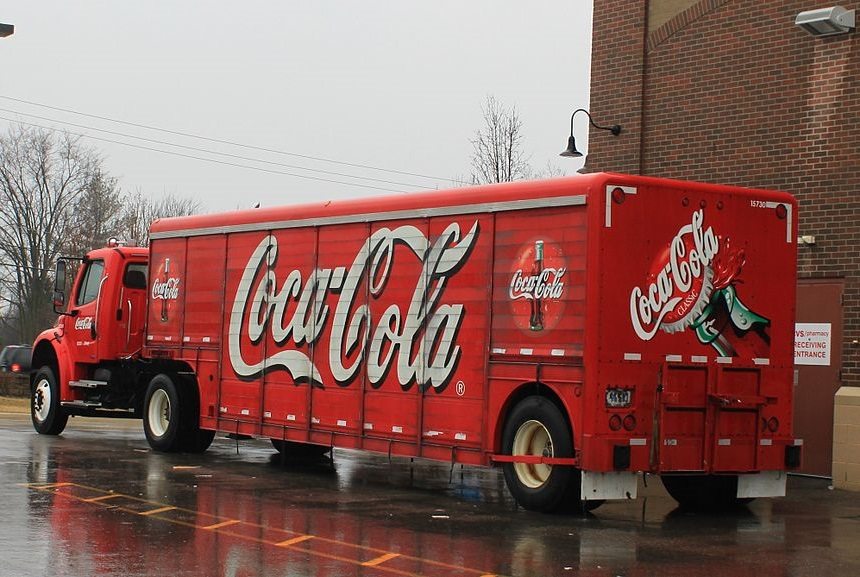 On 31 August, the BBC reported on how £42m worth of cocaine had been found at a Coca-Cola plant in southern France. And while employees were said not to have been involved, the company’s own history with cocaine goes back a long way. And this connection is just the tip of the iceberg.

1.8 billion people drank Coca-Cola every day in 2012, making it quite easily one of the world’s best-known brands. Around 79 billion gallons of water go into the product every year, along with a secret mix of sweetener, caffeine, coca leaf extract, and flavourings.

The coca leaf is said to be full of nutrients, and is hailed for helping with oxygen absorption in high-altitude areas of Peru and Bolivia. But it is also used to make cocaine. And until 1929, Coca-Cola actually contained a dose of the drug itself.

In 1886, US pharmacist John Pemberton – a morphine addict since the American Civil War – adapted a popular French drink made of wine and cocaine, replacing the alcohol with sugar syrup. The result was Coca-Cola.

It started as an intellectual drink which promised to increase consumers’ sex drive, but when the company started to sell Coke in bottles in 1899, it spread to less affluent communities. Cocaine use soon began to spread (as did the problems that came with it), and Coca-Cola gradually phased the drug out. While it was made illegal in the US in 1914, however, Coca-Cola only perfected the extraction of the coca leaf’s psychoactive elements in 1929.

According to Dominic Streatfield, author of Cocaine: An Unauthorized Biography, this extraction now takes place at a guarded chemical processing facility in New Jersey. The company in charge – Stepan – apparently imported 175,000kg of coca in 2003 (enough to make over $200m worth of cocaine). The extract is simply called “Merchandise No. 5”.

Is the non-cocaine-based product much better?

According to the University of Alabama’s Bartow J. Elmore, who wrote the book Citizen Coke – The Making of Coca-Cola Capitalism, Coca-Cola’s sugar content has been “a major source” of the USA’s obesity problem. And he alleges that the shift towards the use of high-fructose corn syrup (HFCS) – a sweetener cheaper than sugar – from the late 1970s onwards has played its part. But the science isn’t conclusive. While HFCS isn’t healthy, there’s apparently little reason to believe it’s any worse than other types of sugar.

Sugar, however, has long been a target for health experts. While pioneers criticised sugar in the 1970s, they were largely ignored until the 21st century. In 2014, for example, new health guidelines from the World Health Organisation (WHO) said adults should consume no more than six teaspoons of sugar a day if they wanted to avoid obesity, diabetes and heart disease. And this was a big problem for Coca-Cola, as just one can contained nine teaspoons.

In May 2016, the company promised it was “reformulating many of our drinks to reduce their sugar content, introducing smaller packs and increasing the marketing investment in our no sugar options.” According to Harvard University’s T.H. Chan School of Public Health, however, there’s still no conclusive proof of the benefits or problems involved in the artificial sweetening of drinks.

Sensing the decline of sugar-based drinks, Coca-Cola has been doing its best in recent years to move into areas with a brighter commercial future – like the water and juice market. But in 2004, this push suffered a massive PR disaster. Its new UK brand – Dasani – was exposed for simply bottling tap water and selling it on to the general public at a massively inflated cost. The entire supply was eventually taken off the shelves when it was discovered that it contained unsafe levels of bromate, a cancer-causing chemical.

Company practices are even more shocking

In his 2009 book Belching Out the Devil: Global Adventures with Coca-Cola, Mark Thomas investigated the stories of:

Child labourers in the sugar cane fields of El Salvador. Indian workers exposed to toxic chemicals. [And] Colombian union leaders falsely accused of terrorism and jailed alongside the paramilitaries who want to kill them.

And this is the picture of Coca-Cola seen perhaps less often, but that is always there behind the scenes. It is also why a number of groups have launched campaigns to boycott the company.

The Campaign to Stop Killer Coke, for example, documents a number of human rights abuses against Coca-Cola workers and communities around the world on its website. It looks at cases of violence, abuse and exploitation in Colombia, China, El Salvador, Guatemala, India, Mexico, and Turkey, while encouraging supporters to act.

Coca-Cola has also been criticised for its support for Israel’s illegal occupation of Palestinian land and for lobbying against the mandatory labelling of genetically engineered products.

For more information, see the Coca-Cola Case documentary below or order the film at this website:

– Boycott Coca-Cola (and similar companies) or take other action if you are unhappy with the company’s behaviour.

– Help The Canary to keep amplifying the democratic concerns of citizens from around the world.