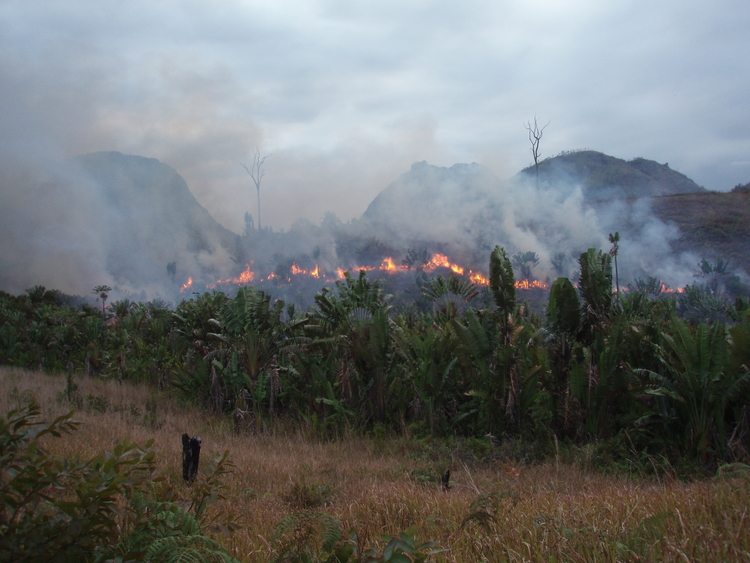 A study published by the Universities of Harvard and Columbia reveals that Indonesia’s slash-and-burn activities may have caused 100,000 premature deaths last year.

‘Slash-and-burn’ refers to the agricultural practice of setting land on fire as a cheap and easy way to clear it for new planting. And this new research indicates that the toxic haze generated by this controversial practice has caused people to fall ill, not just in Indonesia, but also in Malaysia and Singapore, where it spreads to.

The 2015 Southeast Asian haze illustrated the alarming levels of pollution that result from slash-and-burn. Using Singapore and Indonesia’s Pollutants Standards Index (PSI) – with readings above 100 as unhealthy and above 300 as hazardous – we can see how critical the situation was. At the forest fire epicentres in Kalimantan (Indonesian Borneo), PSI readings exceeded 3,000.

Last year, I was in Malaysian Borneo during the air pollution crisis, and found myself walking through a constant haze in Kuching, the capital. Malaysia uses the Air Pollutants Index (API) – similar to the PSI, and in Kuching at the time air pollution levels were unhealthy.

What makes this haze so dangerous – be it unhealthy or hazardous – are the specific pollutants it is made up of, namely sulphur dioxide, carbon monoxide, nitrogen dioxide, particulate matter (PM10), and fine particulate matter (PM2.5). This last component is considered the most dangerous as it gets deep into the lungs, causing respiratory illnesses and lung damage.

Whatever it takes to make palm oil

The palm oil industry is highly profitable. It is anticipated to grow to $88bn by 2022. The benefits of this industry to the country are clear. Palm oil is Indonesia’s second largest agricultural product and the country’s most significant agricultural export.

Since 2005, there have been 1.3m hectares of new land dedicated to palm oil plantations, with the majority of palm crop located in Sumatra. Undoubtedly, this expansion and forecast of escalating profits is being driven by demand (palm oil is found in 50% of all supermarket products). Our demand for palm oil may actually be alleviating poverty in Indonesia to a certain extent, as it has become a vital factor in economic development.

But in order to keep this industry thriving and, in turn, the economy booming, it seems that no cost is too great. A report published in 2007 by the United Nations Environment Program (UNEP) detailed the scale of problem, showing that palm oil plantations are the leading cause of rainforest destruction in Malaysia and Indonesia. They stress that 98% of the Indonesian rainforest may be destroyed by 2022. Even protected areas, like the Kinabatangan River in Malaysia, are being encroached upon by the palm oil industry.

An industry that’s wreaking havoc on the world

The news that 100,000 people have been killed as a result of slash-and-burn agriculture is just one more piece of evidence showing how destructive the palm oil industry is. Deforestation in tropical rainforests adds more carbon dioxide to the atmosphere than all the cars and trucks in the world combined. Orangutans are now critically endangered as a result, too.

Research supports the ‘Diversity-Stability’ theory in ecology, which states that the loss of biodiversity disrupts the normal functioning of an ecosystem. This article explains how biodiversity stabilises ecosystems, suggesting that the loss of the orangutan, as well as many other endangered species, is a major cause for concern.

In 2015, Indonesian President Joko Widodo told the BBC that he had “gone to great lengths” to tackle the haze. But as this new study demonstrates, any steps taken have been insufficient. The government needs to bring an end to this harmful practice, identify who the culprits are, and make palm oil a truly sustainable commodity.