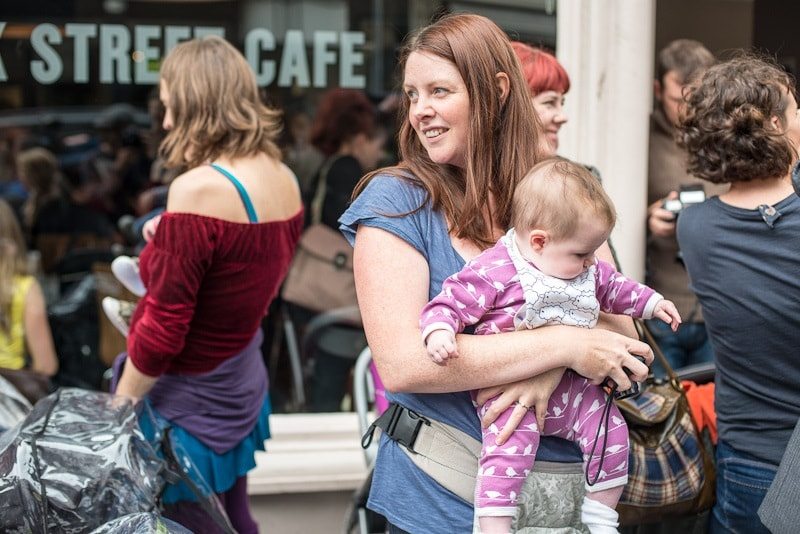 Swathes of the mainstream media spent the evening of Sunday 18 September mocking single mothers for wanting to enter the political debate.

In order to make politics more accessible for women, two mothers have proposed a creche at political meetings.

But because the idea comes from women within Momentum, the group set up to campaign for the progressive politics represented by Jeremy Corbyn, the mainstream media has ridiculed the offering of free childcare.

Momentum stated that it wants to ensure that:

single parents and sole carers have access to co-operatively run breakfast clubs, after school sessions and child care they need to facilitate their political engagement.

The Independent mocked the idea with phrases like “Tiny Trots”, and The Mirror followed suit. Meanwhile, The Telegraph kicked the smears up a notch: 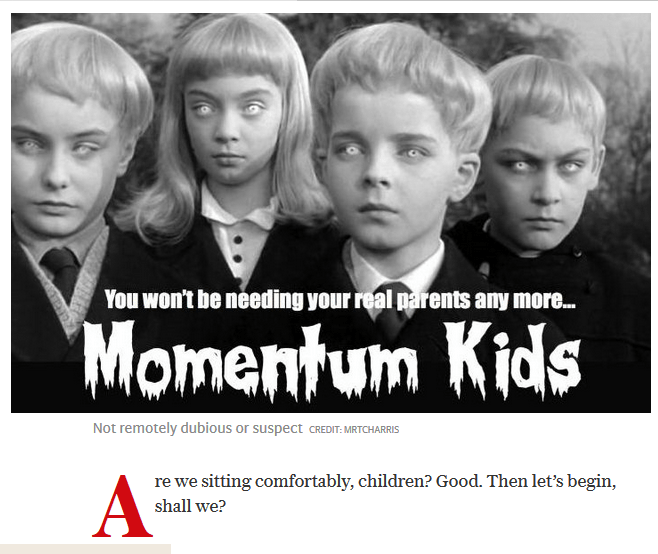 Momentum Kids not only seeks to make politics more accessible for single parents and mothers, it also wants to give a voice to children.

Sasha Josette, one of the founders, said:

It sounds like such a cliche when you say it out loud but it remains true, our kids are the next generation of people who can change the world.

We don’t underestimate the contribution they can make. Let’s create a space for questioning, curious children where we can listen to them and give them a voice.

Corbyn’s opponents have denounced the proposition as some kind of indoctrination of children, even comparing it to Hitler Youth.

Amount of Nazi shit I'm getting for Momentum Kids is breathtaking.

Context: compare Schneiders in Poland in 1938 to 1945. Pretty unpleasant

People who just days ago were calling for the expulsion of Ken Livingstone for invoking Hitler have become suddenly totally unconcerned about making Hitler Youth comparisons in relation to Momentum.

Twitter users pointed out that the political education of children is constant and takes many forms.

Wonder if those mocking #MomentumKids mock Sunday Schools/ church run creches? Children are rarely seperated from parents views on anything

Newly unelected Prime Minister Theresa May wants to expand faith schools. But there is no uproar from Corbyn’s critics about that.

Children’s author Alan Gibbons, who will be part of the children’s programme at the party conference event, said:

As young people grow, they need stories, poems, songs, drama and play to develop as complete human beings. An education system that treats them only as future productive drones develops only part of their personality.

We believe that children are naturally inquisitive and creative and we seek to develop that potential in the hope that a new, freer society, more responsive to human need, will fulfil their hopes, dreams and aspiration to the full.

At present, the lack of political education in our schools does not foster a healthy democracy. The neoliberal status quo is not mentioned, and is presented as ‘just the way life is’, rather than one option among a number of alternatives.

The conditions in which children grow up are politics. The organisation of society is politics. That’s what education should be about.

– Check out Momentum Kids for yourself here.