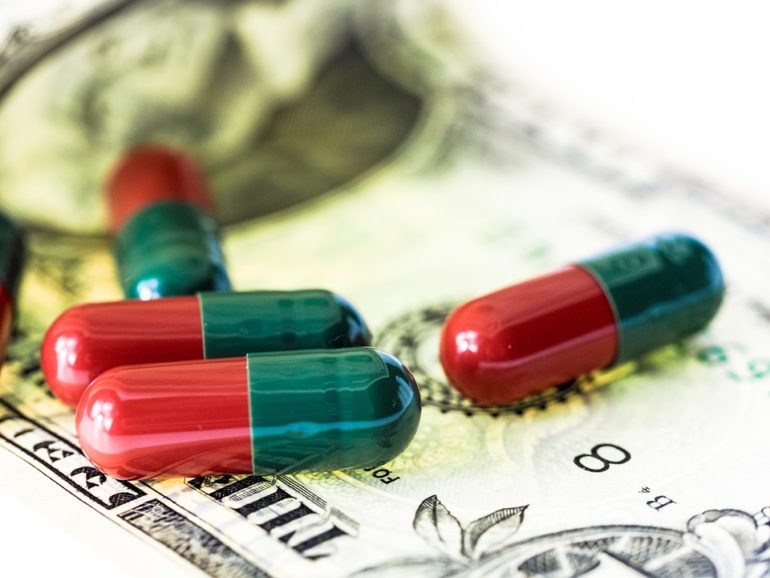 The Competition and Markets Authority (CMA) has fined drug company Pfizer a record £84.2m for its role in ramping up the cost of an epilepsy drug by 2,600%.

The medication in question is phenytoin. This drug is widely used for a range of epileptic seizures. Pfizer used to market the drug under the name Epanutin, but then sold the rights to British company Flynn Pharma. It was then debranded, which meant it was no longer subject to price regulation. 100mg packs of the capsules soared from £2.83 to £67.50 in 2012, reducing to £54 in May 2014. As a result, NHS spending on the drug rose from £2m to £50m in a year. The company was able to do this because there was little competition.

This record fine brings into focus how unethical these drug price hikes are. Philip Marsden, chairman of the CMA’s case decision group, said:

The companies deliberately exploited the opportunity offered by debranding to hike up the price for a drug which is relied upon by many thousands of patients.

This is the highest fine the CMA has imposed and it sends out a clear message to the sector that we are determined to crack down on such behaviour.

Both Pfizer and Flynn plan to appeal the CMA’s verdict. Flynn chief executive David Fakes argues it is unfair for them to be punished because they were still selling the phenytoin in capsule form for 25-40% less than phenytoin tablets produced by another supplier.

But the CMA might not buy into this line of argument. Just because other suppliers are charging even more for this drug, it does not justify Flynn’s massive rise in pricing. Pointing to greater wrongdoing doesn’t lessen the blame. Flakes is right in one respect, though. Sky-high drug prices are a huge problem in Big Pharma. And that’s the case whether it’s the NHS picking up the bill, or individuals.

A US study published back in August concluded that:

There are many disturbing facts about the high price of prescription drugs:

As previously reported at The Canary, pharma CEO Martin Shkreli caused outrage when he jacked up the price of life-saving HIV drug Daraprim from $13 to $750 per pill. That’s a rise of over 5,000%. And it put this essential medicine out of reach for pretty much everyone who needs it.

Not all hope is lost…

Some students in Australia recently made Daraprim in their high school lab for about $2 a dose. This endeavour, along with the CMA’s decision, shows that there is clearly a lot of pushback against Big Pharma’s most unethical practices. No patient should be forced to deny themselves the medicine that they need.

– Check out more articles from The Canary on Health.