Boris Johnson defies Theresa May on Saudi Arabia, just as she's about to make a trade deal [VIDEO] - The Canary 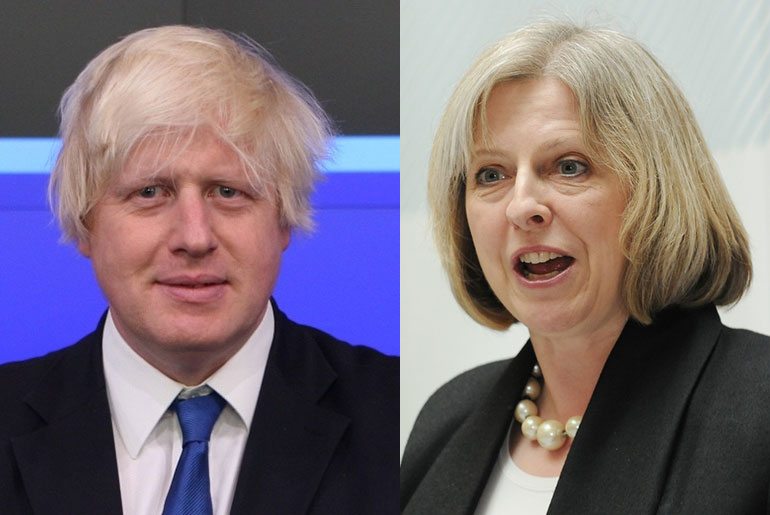 On 5 December, The Canary reported that Theresa May was embarking on a two-day visit to the Middle East to discuss potential trade deals. But things may now hang in the balance as a video has been released showing her foreign secretary, Boris Johnson, criticising Saudi Arabia and Iran for “puppeteering and playing proxy wars”.

On 6 December, May embarked on a two-day visit to Bahrain. She attended the Gulf Co-operation Council summit and met with other leaders in order to build ties and establish trade agreements.

With Brexit looming, May has spoken out about her desire to expand the UK’s trade agreements. In October, she vowed to “forge a new global role for the UK”. She also claimed the UK will become the “most passionate, most consistent, and most convincing advocate for free trade”. This was something she advocated during her official visit to India in November, and her visit to Bahrain.

May has come under criticism for advocating trade deals with countries that have poor human rights records. Before her departure, she said:

No doubt there will be some people in the UK who say we shouldn’t seek stronger trade and security ties with these countries because of their record on human rights. But we don’t uphold our values and human rights by turning our back on this issue. We achieve far more by stepping up, engaging with these countries and working with them to encourage and support their plans for reform. That is how Britain can be a force for good in the world as well as helping to keep our people safe and create new opportunities for business.

Despite May’s resolution, it appears not all of her cabinet agrees with her decision to form closer ties with the Middle East. During the Med 2 Conference in Rome, which took place 1 – 3 December, Johnson accused Saudi Arabia of abusing Islam and acting as a puppeteer in proxy wars.

The annual event seeks to establish a “positive agenda” for the Mediterranean region and brings together members of state from across the world, including Saudi Arabia, Libya and Turkey.

During a discussion with Arab League secretary general Ahmed Aboul Gheit about using religion as an instrument of politics, Johnson stated:

There are politicians who are twisting and abusing religion and different strains of the same religion in order to further their own political objectives. And that’s one of the biggest political problems in the whole region. And the tragedy for me — and that’s why you have these proxy wars being fought the whole time in that area — is that there’s not strong enough leadership in the countries themselves.

There are not enough big characters, big people, men or women, who are willing to reach out beyond their Sunni or Shia or whatever group, to the other side and bring people together and to develop a national story again. That is what’s lacking. And that’s the tragedy.

He commented on the absence of visionary leadership in the region and stated:

We need to have a way of encouraging visionary leadership in that area. People who can tell a story that brings people together from different factions and different religious groups into one nation.

With May attempting to secure deals with Middle Eastern countries, Johnson’s speech undermines her position. It’s positive to see a cabinet member finally standing up and speaking out against something which she appears to ignore. While Johnson is an easy target for criticism, he’s raised a really important issue here. Time will tell how May responds.

– Discover more about human rights abuses throughout the world