The government has broken another shameful record, and this time it's our children who are being failed - Canary 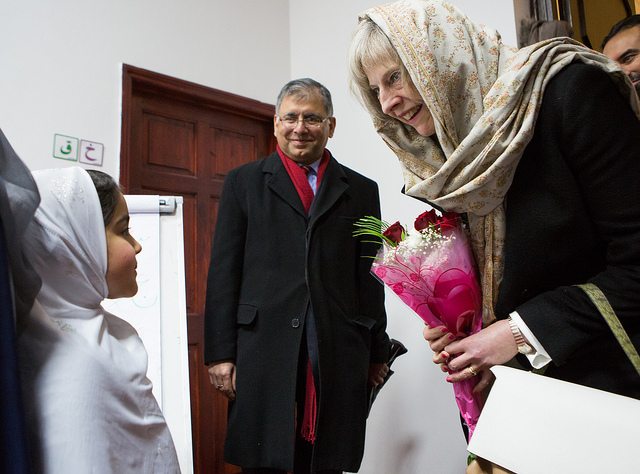 The Conservative government has just broken yet another record. And once again, it’s children who the Tories are failing, as the number of Sure Start children’s centre (SSCC) closures reached a record high in 2015.

In 1998, the then-Labour government introduced the Sure Start scheme. It was designed to give early years support to children from poorer backgrounds. At its height [pdf] in 2010, there were 3,633 centres across England, providing support to 2.9 million children under the age of five.

But since 2010, councils have been closing the centres. The statistics show there were no children’s centre closures in 2010. But there were then:

And councils shut 156 SSCC in 2015 – almost double the number of the previous year. As The Guardian reported, a Department for Education (DfE) spokeswoman said it remained committed to giving children the best start in life, and was spending record amounts on childcare:

Many councils are merging centres to allow services to be delivered more efficiently. Where they decide to close a children’s centre site, they must demonstrate that the outcomes for children would not be adversely affected and will not compromise the duty to have sufficient children’s centres to meet local need.

One such example is in Hampshire. The county council has closed 43 out of 54 SSCCs. It has done this to try and make savings of £8.5m by combining family centres and youth support services into a single family support service. The council says the new service will target those people most in need. The BBC reports:

Hampshire County Council previously said it had made the changes in the light of ‘profound’ government cuts. It hoped to save £8.5m by combining family centres and youth support services into a single Family Support Service targeted at those most in need.

It comes as Hampshire County Council is facing a £120m black hole in its budget. This is after it had already made budget cuts of nearly half a billion pounds, or 63%, since 2010.

If there are reductions that are made in services, they’re not done with any great joy in our hearts – they’re done because we have that legal obligation. And what we will do our best to do is to see that the services are still provided as well as we possibly can for the people of Hampshire.

But these cuts are especially worrying, as they come at a time when the Conservatives are trying to force through a controversial new law.

As The Canary previously reported, the children and social work bill is currently being debated in parliament. Originally, the bill would have seen child social care and protection services in England opened up for private companies to run. It would also have allowed councils in England to sweep aside over 80 years of child protection laws. Critics called it a “bonfire” of children’s rights.

But the House of Lords blocked certain parts of the bill which would have allowed local authorities to opt out of national law. These were the areas which critics say would have allowed private companies to be brought in to run services. Now, however, the Tories are trying to put these parts of the bill back in. And because the bill falls under English Votes for English Laws (EVEL), the Conservatives have an automatic majority. Therefore, it will probably pass into law.

Not only is the government trying to make laws which would allow children’s services to be sold off to the highest bidder, they are also decimating existing services, through austerity, right now. This right-wing ‘shock therapy’ (ruining services so much that the only option is for private companies to come in and take over) is a typical Conservative tactic; the UK saw exactly the same thing in the 1980s with the railways. But this time it’s our children who are under attack.

– Sign the petition against the children and social work bill.

– Write to your MP, urging them to oppose the bill.