Theresa May has just been called 'petulant, defensive, tired and rattled' - and not by who you'd expect - The Canary 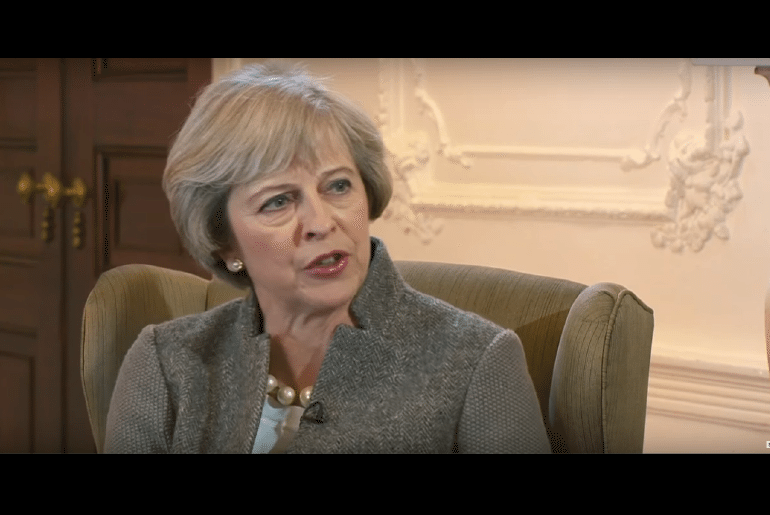 A lifelong Conservative voter has accused Theresa May of “arrogance” following a Brexit dispute in an MP constituency surgery. The voter in question, Louise Trethowan, reported that the PM became rude and aggressive when she was questioned about Brexit.

Her story has since been widely shared.

Although Theresa May is now Prime Minister, that does not mean she has forfeited her position as an MP. And one of the responsibilities of MPs is to hold regular constituency surgeries. These allow constituents to ask their local MP about:

So Trethowan went along to meet May in her constituency office, and shared her account of the meeting in The New European.

Trethowan, an Australian migrant who has lived here for 18 years, describes herself as a “lifetime Conservative voter” with “no history of political activism or agitation”. Her fears about Brexit include the threat to small business owners like herself, the end of freedom of movement, and rising xenophobia.

Some have criticised Trethowan for bringing up Brexit as a local constituency issue. Her argument was:

Some say that MPs’ surgeries should be for constituency matters, not politics. But I would argue that there is no greater issue threatening our constituency – and every other.

But Trethowan didn’t get the powerful debate she’d hoped for in the 15-minute meeting.

The debate (or lack thereof)

Instead, the lifelong Conservative voter reported a meeting in which the PM repeated the tired and empty rhetoric that we’re all now used to. She also claimed that the atmosphere was immediately hostile:

I was shown into a room at her Maidenhead constituency office where she was already seated behind a small table. She did not smile or say “hello” – it felt like she was holding court. We did not even shake hands and the whole thing was a bit awkward.

According to Trethowan, it didn’t take long for the PM – who has several long years of stress ahead of her – to lose her composure:

She emphasised, not just strongly but crossly, that ‘the British people have voted for Brexit and the government is committed to making it happen’. Then she started pointing at my face across the narrow desk.

I moved backwards slightly and to be honest, I was shocked. I had set out to tackle the Prime Minister but I hadn’t expected she would lose her temper and jab her finger at me.

Although taken aback I calmly asked her to stop pointing at my face because I considered it rude. I didn’t feel threatened. I was just astonished that she got so rattled, so quickly. She was very defensive.

She then told me ‘people point at me all the time,’ which is hardly an excuse. I asked her again to stop and after that she put her hands beneath the desk – maybe to stop her from pointing again.

Trethowan claims that May grew increasingly uninterested as the conversation went on. And her parting impression was not a positive one:

Time was up. I finished by telling her there was a huge groundswell of opposition to Brexit. But I don’t think she’s listening.

The meeting did not leave me feeling any better about the process – in fact I am far more concerned now. If the Prime Minister is so easily angered how on earth is she going to be the best negotiator for Brexit? I fear she will lose her temper and start jabbing her finger at people.

Trethowan makes a good point. Because it’s one thing to argue that the PM should be allowed to keep her cards close to her chest. But it’s quite another to think that it’s okay for her to lose her self-control at the first sign of disagreement.