While you're feeling the squeeze this Xmas, one fashion retailer has saved millions through tax dodging - Canary 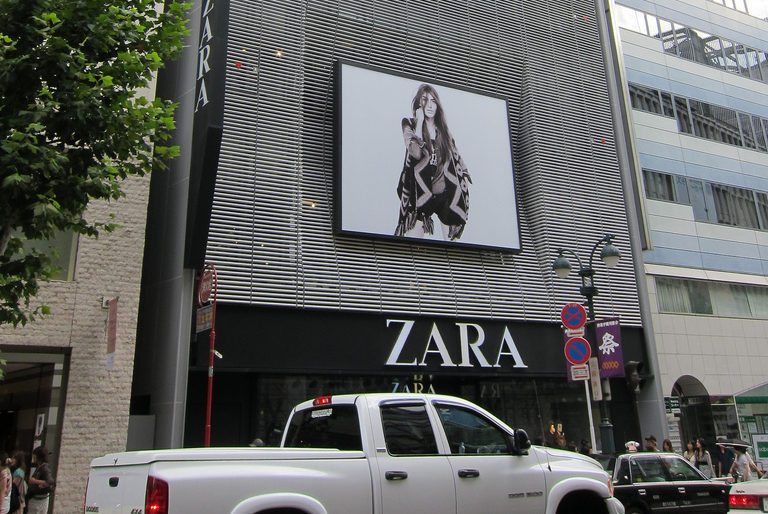 The world’s biggest clothing retailer, in charge of brands including Zara, has been accused of tax avoidance that may have saved it as much as €585m.

Inditex SA owns the Zara clothing brand, as well as others including Bershka, Pull and Bear, and Massimo Dutti. In a report released by the Greens in the European Parliament on 8 December, Inditex is accused of using “aggressive corporate tax avoidance techniques”, mainly in the Netherlands, Ireland and Switzerland.

Zara has been found tax shopping; an activity that seems very much in fashion among multinational corporations. The dodgy tax avoidance techniques, while legal, are ethically dubious and raise questions about whether Zara pays taxes where its real economic activity takes place.

According to the report, in the period 2011-2014, Inditex has saved “at least” €585m in taxes. It identifies three main techniques for achieving this:

The report further claims that:

companies like Inditex structure themselves to take advantage of the lowest tax rates and the lack of harmonisation of tax systems at the European level.

It is the Greens’ assertion that the difference between the profit margins of the Inditex Group companies dedicated to pure retail, and those with other purposes, is “huge”, and it is the latter companies that are all located in countries where taxation is low.

Inditex said the report was “based on erroneous premises that lead it to mistaken conclusions”. According to a press statement, it:

makes a grave error by claiming, for example, that the Spanish state has foregone €218m of tax revenue in the form of industrial property rights … [and] when it states that ITX Merken acquired the aforementioned rights for €1.47bn.

It claims that the aforementioned industrial property rights transaction “alone generated over €360m of tax revenue for the Spanish tax authorities”. The statement also states that:

The Greens’ report is launched in the context of the ongoing Panama Papers inquiry in the European Parliament, of which Scott Cato sits on the committee. The EU is investigating tax evasion deals between governments and international companies like Amazon and Starbucks. Apple has already been billed €13bn plus interest by the European Commission in August for what it declared an “illegal accord” with Ireland.

The report calls for policy changes to end corporate tax avoidance. These include making country-by-country reporting of key financial data public, creating a common consolidated corporate tax base with a single set of rules for determining taxable income, and a minimum corporate income tax rate throughout the European Union.

Essentially, the Greens are calling for greater transparency in the tax dealings of large corporations.

According to Inditex, though, it has done nothing wrong. It insists:

Inditex complies with prevailing tax legislation in all the 93 markets in which it operates.

It states that it contributed more than €4.4bn of corporate tax globally in the 2011-2015 period referenced by the report, and that its tax policy is “highly responsible” in all markets and that transactions between its companies are audited regularly by tax authorities in each company it operates in.

All Group companies are fully transparent and details on each can be found in the Annual Report.

As the Greens in Europe would no doubt say, everything Inditex has been accused of is currently legal. It is their point that this does not make it ethically sound. As it stands, though, it seems unlikely that any company that benefits from such practices is likely to wish to see them ended.

With the Panama Papers inquiry ongoing, and as Brexit raises questions about what the UK’s future involvement in corporate tax avoidance will be, this may be the greatest time to push for change.