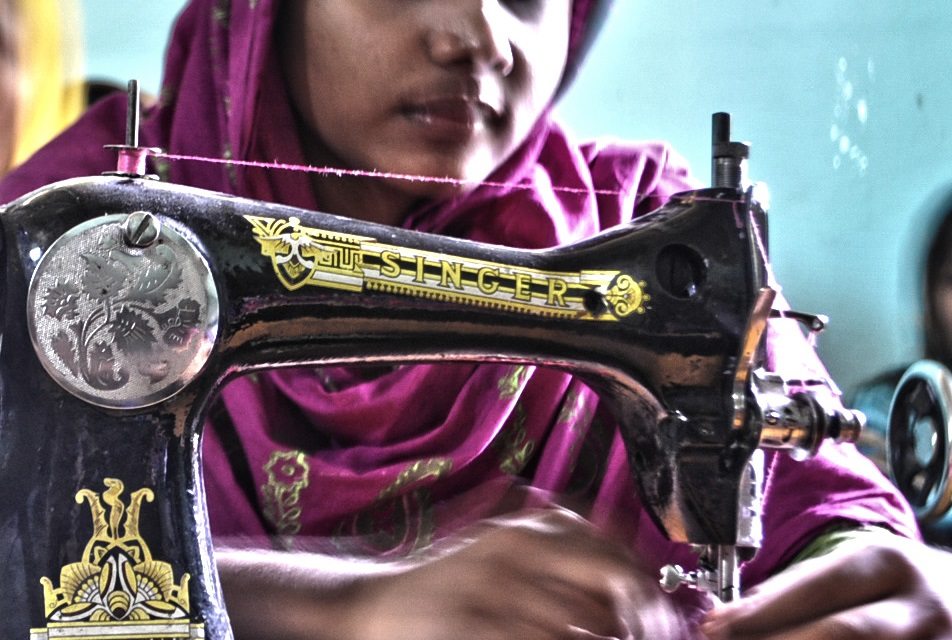 A new report from the Overseas Development Institute (ODI) shows how children from Bangladeshi slums work 64 hours a week on average. And many of them work in clothing factories.

Together with BRAC University, ODI undertook a survey of 2,700 slum households in the Bangladeshi capital of Dhaka. And its report, Child labour and education – a survey of slum settlements in Dhaka, discovered that:

One factory manager, who was aware that under-14s shouldn’t be working, said he didn’t consider employing under-age workers to be illegal.

The report recommended that the Bangladeshi government:

The cycle of poverty

The full report didn’t carry out a detailed review of individual garment factories. But it did note [pdf, p48] that the “sheer scale of child employment in the sector” made it “highly probable that children in Dhaka are involved in export production”. In other words, clothes made with child labour are almost certainly reaching consumers in Europe, the US, and beyond. So we could be condoning child labour whenever we buy new clothes.

According to report co-author Maria Quattri:

The children we spoke to wanted to be at school… But poverty was driving parents to find jobs for their children, even though they could see that it would jeopardise their long-term future.

In other words, says co-author Kevin Watkins, child labour “transmits poverty across generations” and “traps children in a cycle of poverty”. This is because its cause is usually poverty, and its result is usually educational deprivation. And Watkins insists that the results of the investigation into child labour and its effects in Dhaka are:

a microcosm of a global problem that should be at the centre of the international agenda.

A dark reality in Bangladesh that’s nothing new

The BBC has previously called Bangladesh’s clothing industry a “dark underworld” of sweatshops with child labourers and few safety precautions. And in 2013, this world saw over 1,100 people die as a factory collapsed. It was one of the world’s worst industrial accidents.

But in 2014, The Guardian reported on how clothing factories in Bangladesh were still exploiting child labourers for products made for the UK. It described how workers as young as 13 were “kicked, slapped and hit with a used fabric roll as well as abused with physical threats and insults”.

And in November 2016, The Guardian explained how an independent survey of Bangladeshi garment factories looking at the progress since the 2013 disaster was far from impressed. Many factories supplying clothes to massive retail names had still failed to implement key renovations. And they’d failed to meet their own deadlines. The Worker Rights Consortium – one of the groups that compiled the report – insisted that the main reasons for insufficient progress were that retailers weren’t pushing factory owners enough to make improvements and weren’t giving them enough money to improve conditions.

In short, the sorry situation facing workers in Bangladesh continues today. And in large part, it’s because big retailers haven’t really committed to improving conditions. They know full well that increasing prices could reduce the number of Western consumers able to buy their products and, unless these customers demand change, they have little financial incentive to improve workers’ rights.

But what is perhaps most shocking is that there are many, many child labourers working in these conditions. They’re missing out on an education. They’re working an average of 64 hours a week. And by entering the world of work at such a young age, they are trapped inside a cycle of poverty.

This is how we get many of our clothes in the West.

– Compare more ethical clothing shops with high street stores. Read more about the impact consumers can have on exploitative retailers. And support the Clean Clothes Campaign.

– See previous Canary articles on child labour. See more on the ODI report here. And see The Guardian‘s interactive coverage of the human impact of the garment industry in Bangladesh.

– Sign the #Once petition to stop child labour. And learn more about child labour at: the International Labour Organization; End Child Labor; and The Child Labor Coalition.