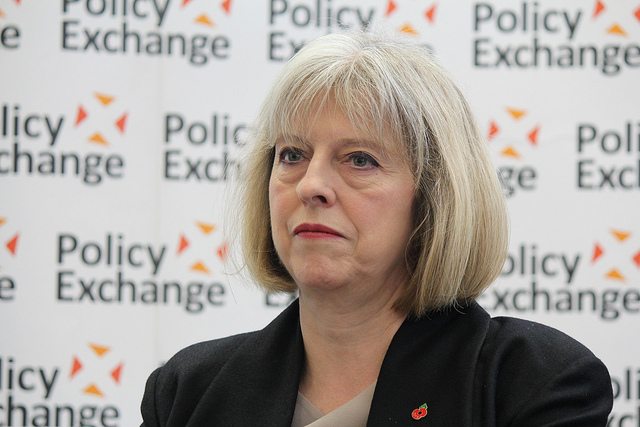 Theresa May’s Conservative government is launching a fresh attack on some of the poorest people in society. The government is trying to cut vital services in some of the most deprived areas of Scotland. And it may just be the start of a UK-wide programme of cutbacks.

On Wednesday 7 December, The Daily Record reported that the government is planning to close eight Jobcentre Plus (JCP) offices in Glasgow. The Department for Work and Pensions (DWP) leases the buildings from a private company, Telereal Trillium. But the contract on the leases expires in March 2018. And The Daily Record says that the government is not planning to renew the contract on the offices.

The paper said that the planned closures appear to contradict DWP guidelines, stating JCP closures should not take place unless alternative premises are less than three miles away, or no more than 20 minutes on public transport.

And according to The Daily Record:

…whistleblowers who contacted The Record believe Glasgow is being used as a template by the government amid secret plans to roll out similar closures UK-wide.

But the levels of deprivation in Easterhouse are even more shocking than the figures suggest. Because in 2002, former Work and Pensions Secretary Iain Duncan Smith visited Easterhouse. And the levels of poverty apparently moved him close to tears. He vowed to “listen and learn” from what he saw in Easterhouse:

It’s not just about winning votes for the Conservative Party in places like Easterhouse. It’s about being a party that doesn’t just drive past Easterhouse on the motorway.

But the evidence from Easterhouse shows the abject failure of Duncan Smith’s so-called “Easterhouse Epiphany”.

Chris Stephens, SNP MP for Glasgow South West, said the planned closures by the Tories were “morally outrageous”. He noted it would make life “even harder” for those needing support, saying:

Thousands of people will now have to travel further at additional cost to attend their appointments. And approximately 68,000 people in receipt of [benefits] in Glasgow will be impacted by these closures. Given the brutal sanctions regime this will mean that the numbers facing sanctions will undoubtedly increase.

Stephens said that the JCP closures were making Glasgow a “guinea pig” for more closures across Scotland and the UK.

As The Canary has documented, people who use the welfare system are already facing cuts to their payments and an increased use of the highly criticised sanctions regime. Also, the UN has gone so far as to say that the Tories’ reforms to the welfare system have resulted in “grave” and “systematic” violations of disabled people’s human rights.

A merciless war on the poor

These planned closures signal the merciless escalation of the Tories’ war on Scotland’s poorest communities. And it will irrefutably place the lives of Glasgow’s most vulnerable people at risk.

Record numbers of people in the city have already suffered hunger and destitution. Because of the DWP brutal sanctions regime, people have been forced to rely on foodbanks. Our campaign has heard of mothers with small children forced to walk miles, in all weathers, to access JCP and foodbanks. We must now hold the Tories to account. One way or another, we must stop this culling of our most vulnerable and defenceless citizens. Today us: tomorrow yours. This can befall anyone at a stroke. Nobody is safe.

The planned JCP closures are a sign of the Tories’ continued drive for austerity. But they also signal yet another attack on society’s most vulnerable. Closing vital offices in some of the most deprived areas of the UK is shameful. And it’s yet another example of the Conservative government’s relentless war on the poor.

– Write to your MP, asking them to support the UN findings on violations of disabled people’s rights.