Major travel agents have promised to crack down on animal cruelty. But new evidence shows otherwise. - The Canary 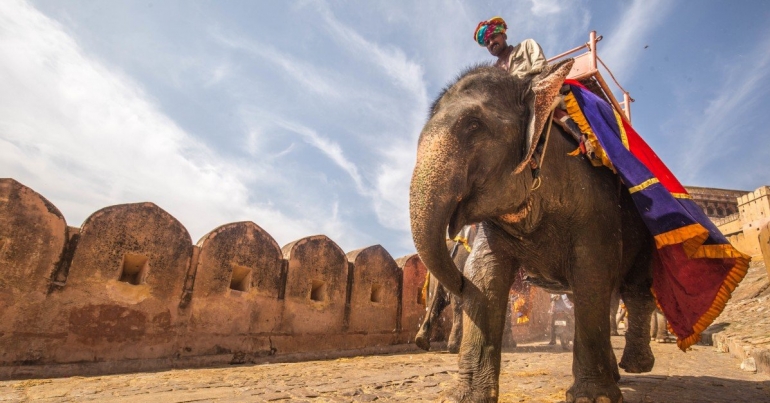 Some of the biggest holiday companies – including Tui and Expedia – have previously made pledges to protect animal welfare. But Which? has published research showing that this is far from the case.

In 2013, the Association of British Travel Agents (ABTA) released a handbook [pdf] titled ‘Global Guidance for Animals in Tourism’. Travel agent Thomas Cook helped to develop these animal welfare guidelines. It claims to be an “industry leader in animal welfare”, and has stopped “selling elephant rides or shows in any of its markets”.

Yet despite the ban, tourists on Thomas Cook holidays are still riding elephants. Which? highlights:

Other industry giant[s], including Trailfinders, Virgin Holidays and Expedia, also vowed to take a tougher stance on animal welfare. But nine out of ten companies we investigated were still selling tickets to facilities where animals are reportedly kept in poor conditions, or are forced to perform for entertainment.

Back in 2015, travel company Tui signed a pledge to stop selling tickets to abusive elephant rides and shows. It said:

Elephant rides and elephant shows are stressful for the animals and harm their wellbeing.

Which? found that Tui was still selling tickets for elephant rides on its website.

Trailfinders promised to stop selling excursions to the Thai Elephant Care Centre in Chiang Mai, Thailand, in January, since:

But when an undercover reporter from Which? contacted the sales team in March, tickets were still on sale.

WRP Riviera Travel has said it would “work with suppliers on animal welfare issues”. So Which? was surprised to discover it was offering tourists an elephant-back safari as part of its India and Nepal travel package.

Similarly, Expedia stopped selling tickets to a number of shows involving wild animals, but not the Phuket FantaSea show, which exploits tigers for entertainment.

After Which? pointed out its concerns to nine travel agents, five of them took action. More people are becoming aware of animal abuse and exploitation in the tourism industry. This has led to boycotts and changing demand. Daniel Turner, director of Animondial (a consultancy that works to “manage tourism’s impact on animals”) said:

As public opinion changes, companies need to embrace animal welfare policies, or face being left behind.