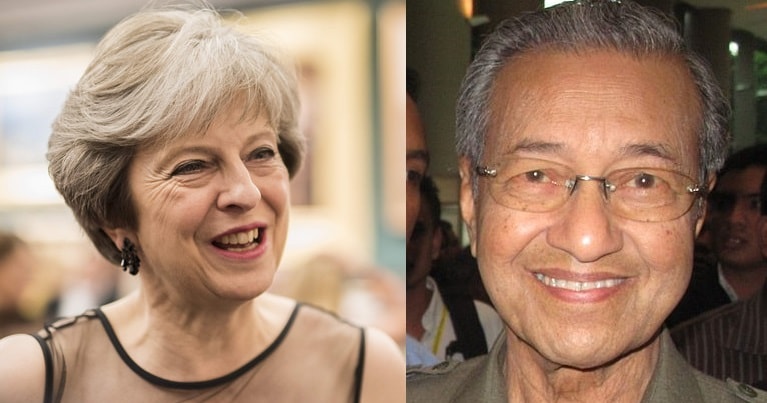 The mainstream media has been in a frenzy over alleged cases of antisemitism within the Labour Party. But no publication has called out the leader of the Conservative Party, who just congratulated a self-proclaimed antisemite.

“I am glad to be labelled antisemitic”

On May 11, Theresa May celebrated the election of Mahathir Mohamad as the new prime minister of Malaysia:

My congratulations to Dr Mahathir on his election as Prime Minister of Malaysia. This is an historic result and I look forward to building on our strong bilateral relationship.

May is publicly supporting the 92-year-old, whose openly antisemitic views are known globally. In 2012, he said, “I am glad to be labelled antisemitic” and “Jews are ruling the world by proxy”.

The media appears to be entirely silent on May’s apparent appeasement of blatant antisemitism from Mahathir. Meanwhile, mainstream outlets appear to blame Jeremy Corbyn for any hint of discrimination found in his support base.

Now, the prime minister is congratulating a man who wrote in 2003:

1.3 billion Muslims cannot be defeated by a few million Jews. There must be a way. And we can only find a way if we stop to think, to assess our weaknesses and our strength, to plan, to strategize and then to counterattack.

The prime minister is not just sanctioning or tolerating the Malaysian leader; she is actively celebrating him. And the mainstream press hasn’t got a word to say about it. Our standards must be higher. Let’s call out antisemitism wherever we see it.