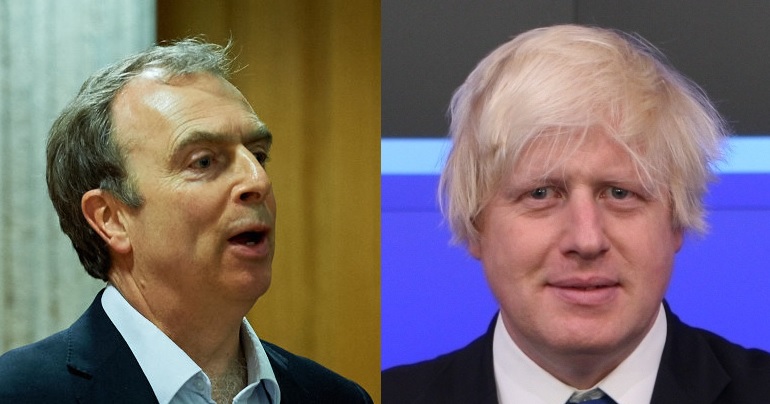 In an unusual move, a Daily Mail journalist has exposed a questionable taxpayer-funded payment by Boris Johnson’s Foreign and Commonwealth Office (FCO).

According to the Mail’s Peter Hitchens, the FCO has confirmed it funded the Syrian Observatory for Human Rights (SOHR) to the tune of £194,769.60. The revelation is a blow to the SOHR’s claim to be ‘independent’. It’s also a knock to media outlets, like the BBC, which have quoted the SOHR for years as an impartial expert on the Syrian war.

Difficult to exaggerate the scale of this scandal. The Syrian Observatory is run by a clothes shop owner in Coventry who supports regime change in Syria. And yet it has become a key source for atrocity claims in Syria for corporate media across the globe https://t.co/nAWNEvzt2P https://t.co/FHrDxEPx4K

And it throws into question whether the British people are getting the whole truth about the conflict.

Hitchens is an outspoken critic of the British media’s coverage of the Syrian conflict. Media outlets almost unanimously accept the SOHR as a credible source of information and quote it extensively in their reporting.

But the right-wing columnist has clearly done some digging into the SOHR’s funding. As Hitchens wrote on his Daily Mail blog:

Many of you may have noticed frequent references in the media to a body called the ‘Syrian Observatory for Human Rights’, often quoted as if it is an impartial source of information about that complicated conflict, in which the British government clearly takes sides. The ‘Observatory’ says on its website that it is ‘not associated or linked to any political body.’

To which I reply: Is Boris Johnson’s Foreign Office not a political body? Because the FO just confirmed to me that ‘the UK funded a project worth £194,769.60 to provide the Syrian Observatory for Human Rights with communications equipment and cameras.’ That’s quite a lot, isn’t it?

I love the precision of that 60p. Your taxes, impartially, at work.

The SOHR is reported to be “virtually a one-man band”. Its founder is Rami Abdul Rahman, a Syrian who says he fled to the UK after being repeatedly jailed in the country. He runs the SOHR out of his house in Coventry.

Rahman claims the SOHR is “neutral”, although he’s open about being anti-Assad. And, as Hitchens notes, the group’s webpage says it “is not associated or linked to any political body”. But the FCO funding Hitchens revealed shows a clear link between the SOHR and the British government.

As mentioned, media outlets widely cover what the SOHR claims is happening in Syria. So, to some extent, the group influences the public’s perception of the situation there. And now we discover the British government, which recently needed to win public support for its airstrikes against the Syrian government, is throwing taxpayers’ money at the SOHR.

It doesn’t take a genius to work out how dangerous this relationship could be, especially if the British media keeps blindly presenting the SOHR as an impartial and independent source.