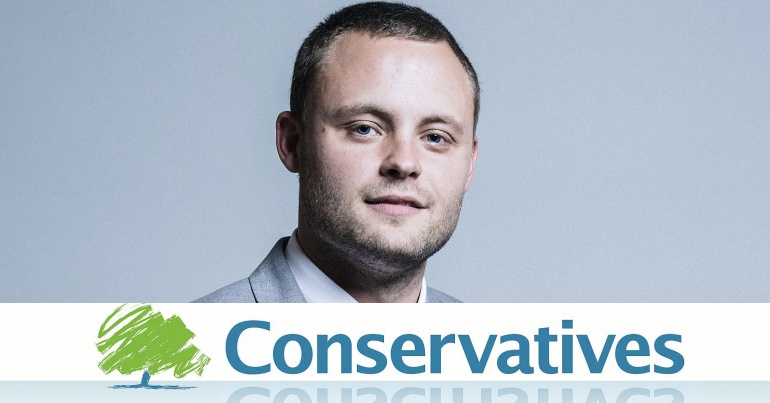 Ben Bradley, MP and Conservative Party vice-chair, has told the party that to gain voters it needs to shake off “stereotypes and negativity”. But as the Mirror reported, it’s quite ironic that such a controversial MP has advised the Conservatives that they need to shed their “toxic image”.

Voice for the youth?

Bradley made his comments following a YouGov poll that showed a significant lack of support for Conservatives from younger voters. The poll revealed [pdf, p1] that:

As reported in the Telegraph [paywall], Bradley, who is also Conservative vice chair for youth, said:

It’s clear we need to articulate our values and our commitment in an engaging way, because those people should be voting Conservative.

But “those people” (we assume he means the under-40s) should vote Tory, apparently.

You couldn’t make it up…

Delivering that change must involve breaking down stereotypes and negativity that sometimes surround our party.

Because Theresa May was under pressure to fire Bradley after it emerged that, in a (now deleted) blog post from 2012, he said the UK was “drowning in a vast sea of unemployed wasters”. He suggested that people on benefits had too many children, writing:

Sorry but how many children you have is a choice; if you can’t afford them, stop having them! Vasectomies are free.

That they come from a man Theresa May chose as a vice-chair of her party speaks volumes. The nasty party is alive and well.

Although Bradley apologised and said he’d “cocked up”, this wasn’t his only public ‘mistake’.

Most recently, Bradley was forced to apologise after falsely tweeting that Jeremy Corbyn had “sold British secrets to communist spies”. In his apology, Bradley said:

And this is the same man who is now suggesting the Tories need to sort out their negative reputation to win support from younger voters. Perhaps he thinks it’s just other Tories who are toxic? You really couldn’t make it up.